Analysis: Stars Like Dechambeau, Johnson, Mickelson Are On Board With LIV Golf, But What About The Fans? 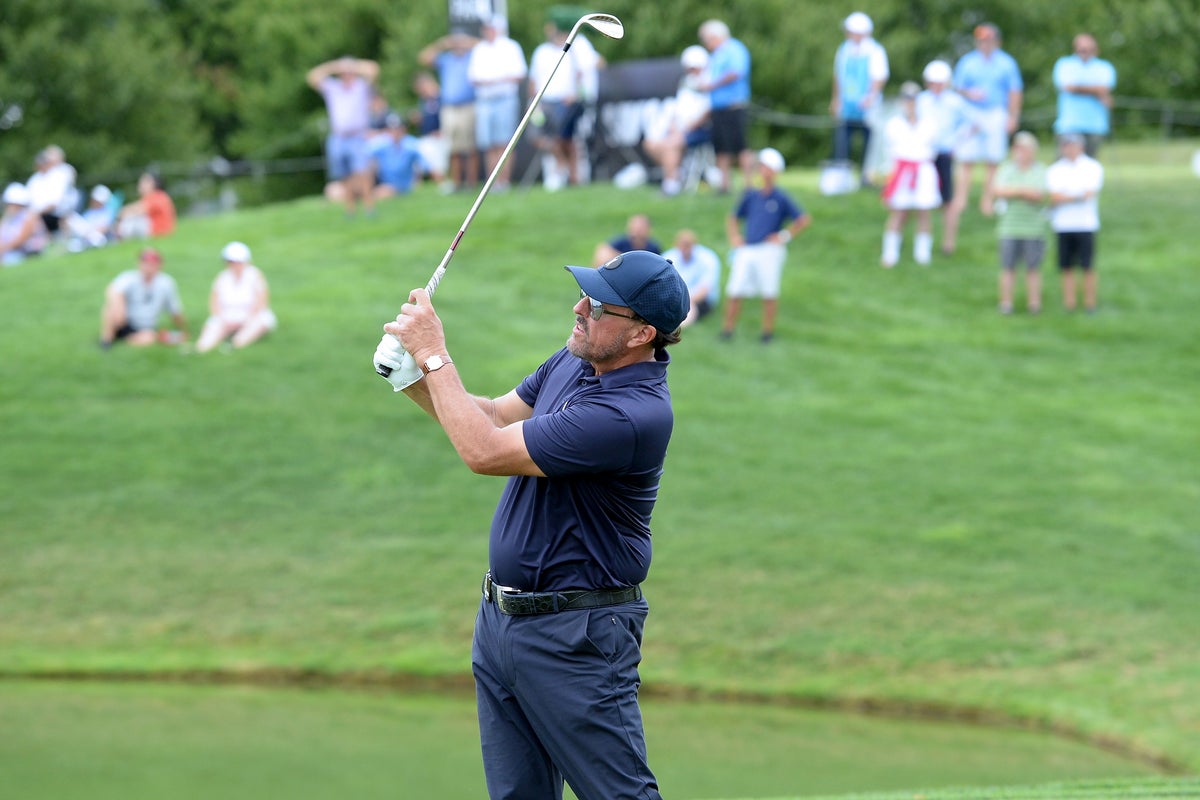 During the height of the pandemic, athletes and announcers said how much they missed the fans.

Witnesses and participants in sports bask in a common experience: the triumphs and obstacles wrought by top-flight competition create a bond that transcends boundaries. The live drama becomes a point in memory and history.

In contrast, we have the golfers on the LIV tour, happily counting their money, playing a watered-down competition, with nobody watching.

Big Money: Putting aside the political implications of the LIV displays, the money these players are going to make is out of this world.

To begin with, the players who join LIV golf are being rewarded with giant undisclosed contracts for signing up.

On top of that, the tour will pay out $255 million in prize money in only eight scheduled tournaments. The total payout for its inaugural year could be over $2 billion to its 48 players. Interestingly, that is the payout with no television deal or primary sponsorship.

The Appeal: From the players’ perspective, guaranteed money, more purse money in fewer tournaments, a reduced format from 54 holes to 72 holes and no-cut play are all appealing.

In addition, the team concept, similar to the Ryder Cup, will be introduced with a final Team Championship, set to be a “seeded four-day, four-round, match play knock-out” event held at Trump National Doral Miami in October 2022.

Many of the players have attempted to legitimize the move, stating that the shortened schedule will provide a better work-family balance, which is alluring.

With all due respect to the players that are joining for the aforementioned reason, others are joining for different reasons. Perhaps one of them is the outrageous party plane for travel. This novelty includes a full bar and tons of exotic food served in a spacious, luxurious lounge, which makes traveling in first class akin to riding a Greyhound bus.

Arnie’s Army: Absent from any of the players’ statements citing reasons for joining the LIV tour, along with media coverage of the divide, is any mention of the impact on golf fans.

When it comes down to it, the fans are what make sports great. Loyalty to their teams or individual athletes is a top priority for many and a welcome diversion from life’s day-to-day struggles. Obviously, returning this loyalty to the millions of people who support golf is not a priority to the players who joined the LIV tour.

At the risk of being nostalgic: would the game of golf be what it is today without the dedicated, passionate following of Arnold Palmer, which boosted the game’s appeal, beginning in the 1950s? Surely, golf would not be the same without Arnie’s Army. His epic battles with another crowd favorite, Jack Nicklaus, are part of the sport’s legends and lore.

In turn, Palmer has rewarded his fan base and society as a whole with the Palmer Foundation. With his wife of nearly 50 years, Winnie, Palmer utilized his leadership skills and engaged in philanthropic work that changed lives and inspired others to follow his example.

Aligned with other members of the Palmer family and its advisors, Arnie’s Army champions a #LifeWellPlayed for our children and theirs.

Hopefully, the players who are raking in the dough from the LIV tour will make an effort to honor the spirit of Arnie’s Army, and thereby benefit others.

Tiger’s Fans Roar: Obviously, I am not referring to my beloved hometown baseball team. It would be remiss to mention Palmer and Nicklaus and not mention the man who is perhaps the most legendary golfer of all time — Tiger Woods.

Of course, his trials and tribulations, which go back to 2009, are well documented. Woods made remarkable comebacks from multiple surgeries, and most recently from a terrible car accident last year. His tremendous efforts to regain his former glory were certainly not motivated by money; over his career, he amassed a fortune with a net worth of over $1 billion.

In essence, Tiger was wealthy, famous and had created an indelible legacy as an athlete. What, then, could have motivated him to endure the repeated agony of numerous rehabilitations? What about the fans?

What may have driven his desire to return to golf and the grueling regiment he had to follow to do so: to hear the roar of the crowd once again. Tiger Woods is a true champion: he knows that without the fans, competition is diminished.

Despite not being a true contender in recent events, Tiger still commands the biggest gallery and surely enjoys the calls from raucous admirers.

Certainly, the golfers joining the LIV tour will not have the same experience, and they obviously don’t mind. Many of them, who are in the twilight of their careers, will end with more money in their pockets, but not the admiration of dedicated golf fans.

Short-Lived Fame: The players abandoning the fans of golf will eventually regret it. Playing in front of crowds that resemble your local country club championship, instead of thousands of enthusiastic fans and millions of viewers, will inevitably diminish their flair to compete as intensely.

After all, great athletes, by definition, flourish when there is an audience. Dealing with pressure is part of what constitutes greatness.

More importantly, many of the LIV players, with their robotic or abrasive personalities, will soon be forgotten, having abandoned their fan base. They are already being replaced by a new and upcoming group of professional players who realize the popularity of the sport is made by the fans, not by the players themselves.