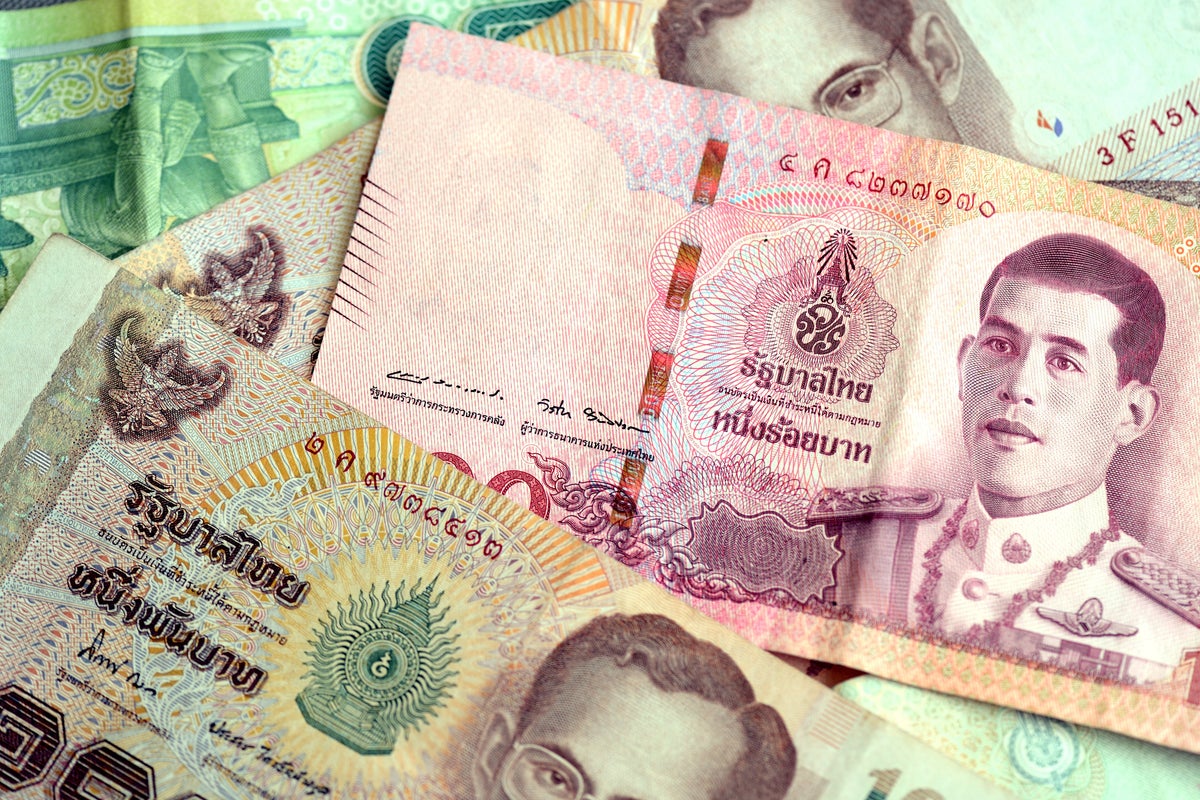 Bank of Thailand Governor Sethaput Suthiwartnarueput has stated that the central bank will take action on any excessive moves in the Thai baht, Reuters reported.

The currency may reverse its trend going forward as more tourists visit the country and concerns of inflation come down, the central bank chief indicated.

Currency Movement: The baht has been on a downtrend, in line with other Asian currencies, against the US dollar ever since higher inflation has led the US Federal Reserve to hike rates. At present, the baht is trading close to 36.86 to the U.S. dollar, having depreciated more than 9.5% since the beginning of the year.

Benzinga’s Take: The Thai currency has already fallen below the 2015 lows of 36.67 to the dollar. The governor’s statement that rate hikes are going to be gradual may add more pressure on the currency as the rest of the global central banks are aggressively catching up with inflation concerns by aggressively hiking rates.

The 2015 lows have been a key support level. Unless the central bank jumps into action, it is highly unlikely that the depreciation in the baht would take a break given the fact that another Fed rate hike of 75 bps could be in the offing.

Read Next: Oil Steadies, But Weak US Gasoline Demand Clouds Market: Here Are Other Factors Weighing On Crude