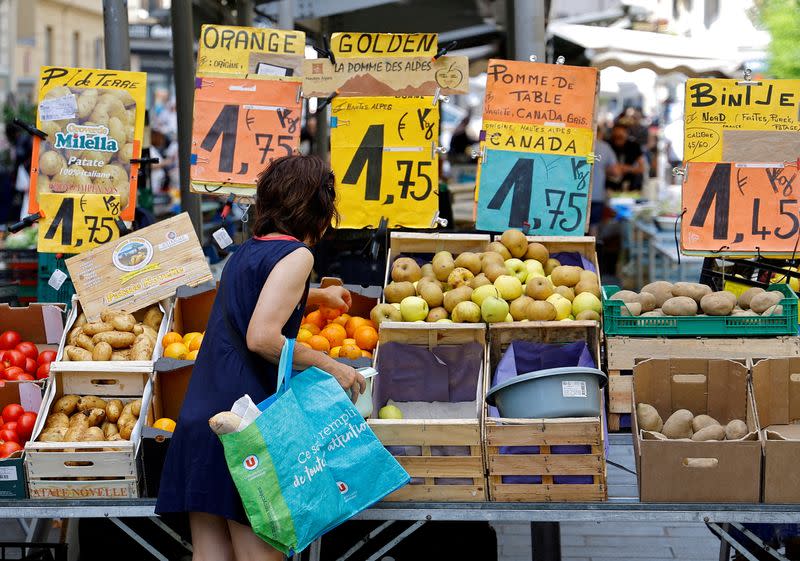 (Reuters) – Central bankers around the world are scrambling to adjust to stubbornly high inflation at risk of getting further out of hand and forcing stronger policy actions that increase the risk of a global recession.

Already investors in the United States are debating whether the Federal Reserve will now need to deliver a super-sized 100 basis point interest rate hike, the largest since the 1980s, at its upcoming meeting on July 26-27 after a dire inflation reading on Wednesday showed price pressures broadening and accelerating to a more than 40-year high with little relief in sight.

Strong and widespread inflation elsewhere against a backdrop of impulses from strong demand, supply chains snarled by the COVID-19 pandemic and reverberations on global food and energy supply from the Russian invasion of Ukraine, is also causing other central banks to take actions of a magnitude unthinkable just a few months ago.

The Bank of Canada on Wednesday raised its benchmark overnight lending rate by 100 basis points in its efforts to quash inflation, surprising markets and becoming the first G7 country to make such an aggressive hike this economic cycle.

The central bank raised its policy rate to 2.5% from 1.5%, its biggest rate increase in 24 years, and said more hikes would be needed.

It was swiftly followed on Thursday by the Philippine central bank, which surprised with an off-cycle 75 basis point hike, while the Bank of Singapore also tightened its monetary policy in an off-cycle move.

All eyes are now on how other major G7 central banks cope with the worsening outlook.

The European Commission cut its forecasts for economic growth in the euro zone for this year and next and revised up its estimates for inflation on Thursday largely due to the impact of the war in Ukraine.

The European Central Bank stands alongside the Bank of Japan as the two advanced-economy central banks so far not to have responded to inflation with rate hikes. For the ECB, at least, that looks set to change next week, with officials there positioned to raise their policy rate by 25 basis points in their first increase since 2011. Another increase is expected in September.

In Britain, meanwhile, investors on Thursday were pricing a roughly 83% chance of the Bank of England announcing a rare half-percentage point hike at its next policy meeting on Aug. 4.

In Sweden, data on Thursday showed annual inflation at its highest since 1991, way above the central bank’s forecast and causing investors to up bets it will have to raise interest rates faster than planned, including a 75 basis point move in September.

Back in the United States, at least, there are some indications that the big drivers behind inflation’s latest outsized readings – food and energy costs – are abating somewhat. Gasoline prices, for instance, have dropped by more than 8% in the last month and some food price pressures have moderated as well.

“Some of the ingredients we buy are starting to moderate in terms of the level of inflation,” Sean Connolly, chief executive of Conagra Brands Inc, told Reuters in an interview on Thursday. “Some are expected to show deflation in the year ahead.”

“Costs of wheat, soybean oil, even diesel in the most recent period have come down from where they were just a couple of months ago,” said Connolly, whose company makes packaged foods such as Marie Callender’s frozen meals.