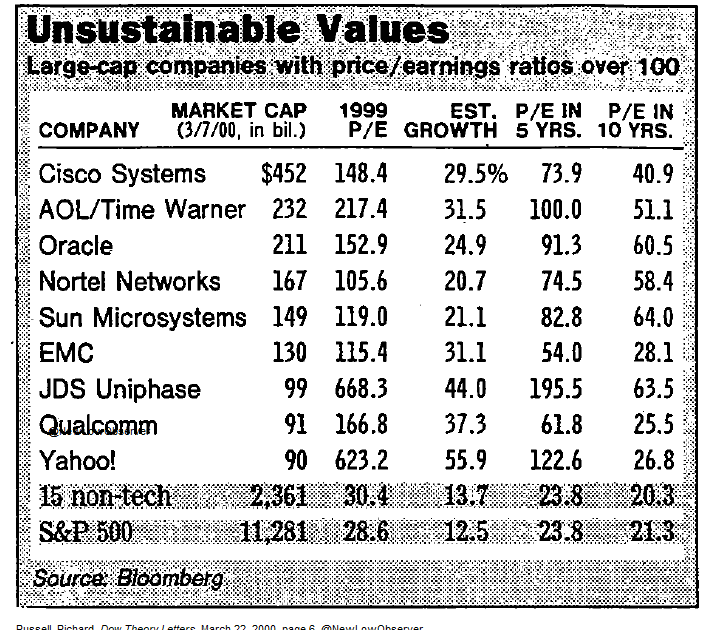 In the case of Cisco Systems, the company had gone public in 1990. It sold for about 20 – 30 times earnings in 1990. The company then managed to grow earnings per share 150 fold since its IPO in 1990. As a result, the stock had a high total return fueled by that + valuation expansion in 1990s.

Investors possibly expected a high future growth. However, assigning a $450 billion market valuation was a tad optimistic in hindsight. We now know that trees do not grow to the sky.

But it looks like investors in March 2020 did not know this lesson, yet:

The stock has failed to exceed the record levels from the dot-com bubble despite a 7 fold increase in earnings per share since 2000. Investors generated a total return of 29% since the end of 1999

That’s because the stock was selling for 165 times earnings in 2000.

The Lesson is that: Overpaying for future growth is costly to investment returns 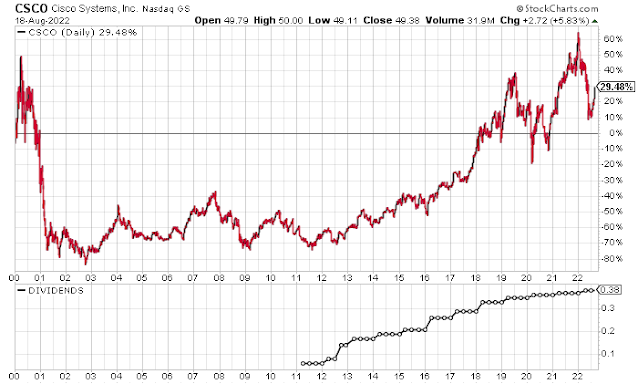