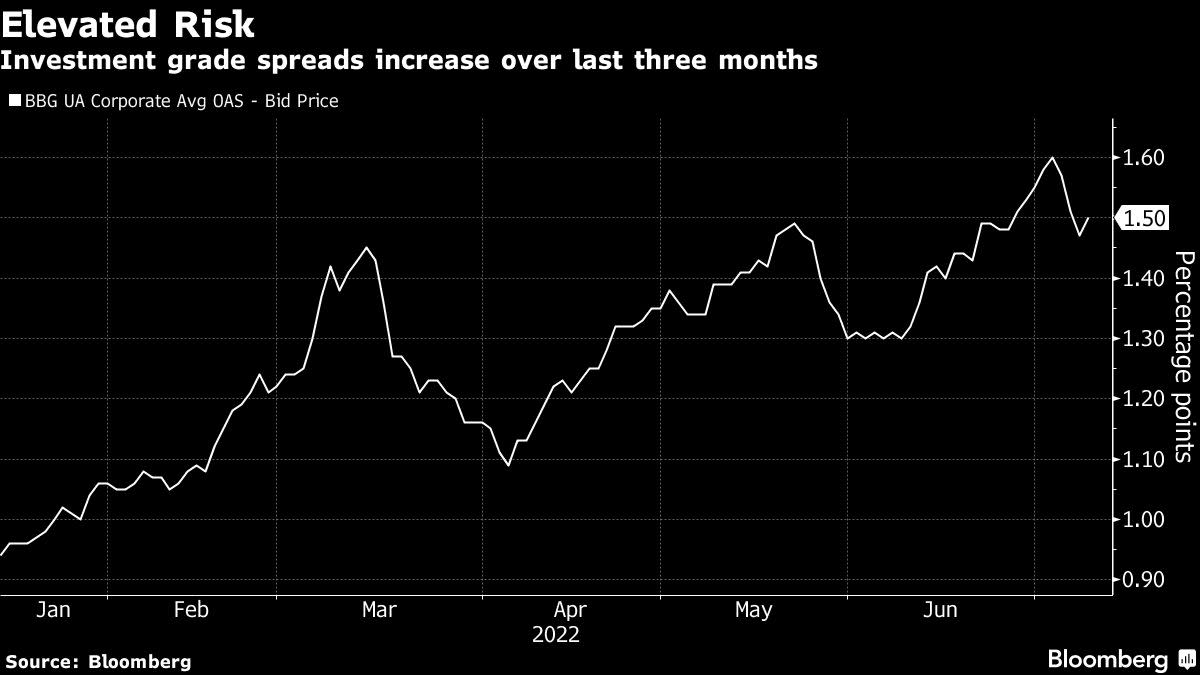 (Bloomberg) — Credit defaults are on track to rise in North America, Europe, Asia, and Australia, according to a survey by the International Association of Credit Portfolio Managers, as the risk of global recession mounts.

The economic slump is likely to occur later this year or in 2023, according to the survey. Until then, consumers and businesses in North America are cushioned by ample liquidity from cash injections during the Covid-19 pandemic and historically low interest rates.

“There is an increasing recognition that the Federal Reserve will take rate action even if it will affect the economy,” said Som-lok Leung, executive director of the IACPM. “Defaults are currently at rock bottom but that will change as we go through the year.”

Members of the New-York based industry group expect a significantly higher number of defaults in 2023 and 2024. Although defaults haven’t yet increased markedly, credit spreads are already widening. Investment-grade spreads have widened over the last three months, and 75% of survey respondents believe they will continue on that path.

IACPM members say they will be paying close attention to industries including leveraged loans, commercial office space, health care, senior housing, and smaller businesses that don’t have the flexibility of scale or alternative sources of liquidity.

European members of the group fear the risk of recession is especially high in Europe, at least for the next several months, due to Russia’s war in Ukraine. The invasion is causing a number of disruptions with the energy sector seeing the most severe, affecting supplies of both oil and natural gas.

“Europe will almost certainly burn through more of its financial resources obtaining energy supplies than other parts of the globe and industrial disruption in Europe is a clear possibility,” Leung said. “It’s a small silver lining perhaps but, if European economies do indeed fall into recession, the pain could at least be mitigated somewhat by lower interest rates.”