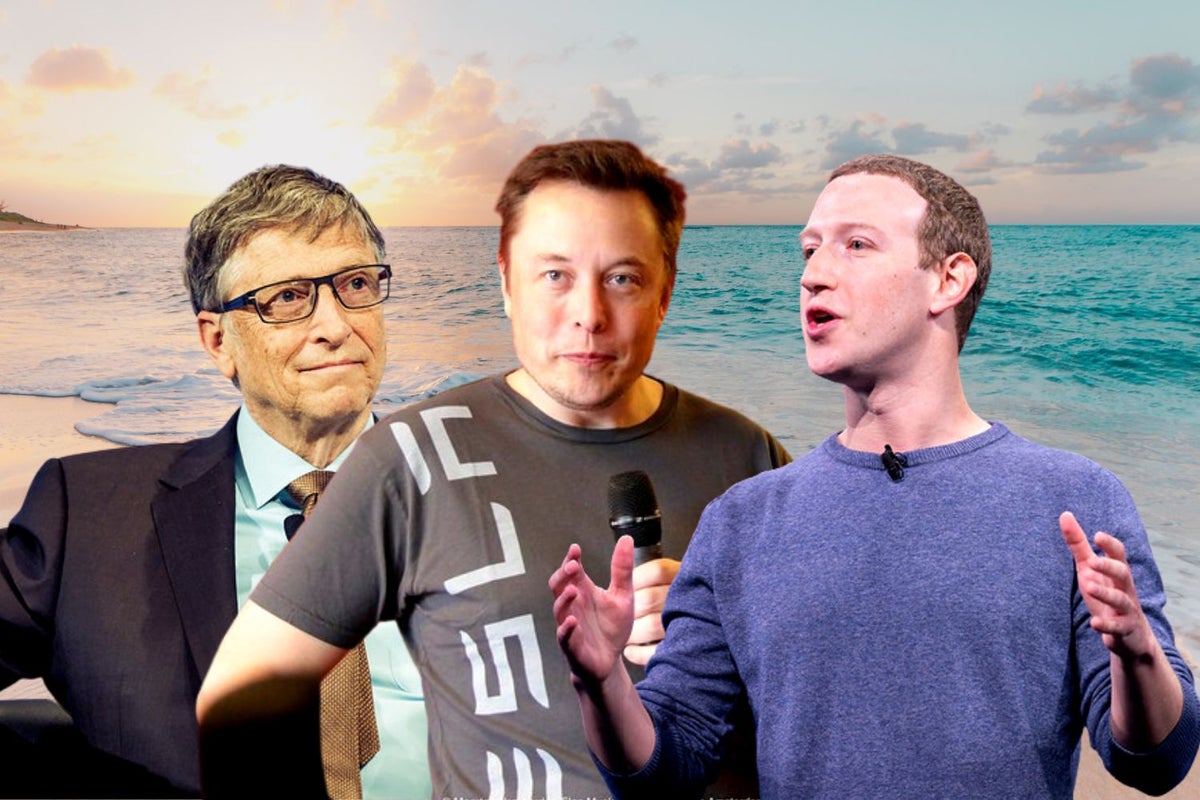 This Labor Day weekend is the first proper one since 2019, as the COVID pandemic largely restricted travel during the two intervening years.

Labor Day is observed to honor the American labor movement and the contribution of workers to the development of the country. This weekend marks the unofficial end of summer, and a chance to travel to see friends and family.

Imagine a vacation, where you could rub shoulders with some of the world’s most high-profile and charismatic corporate leaders, whom you’ve watched from a distance and even admired.

Coinciding with the 2022 Labor Day, which falls on Sept. 5, Benzinga did a survey of its readers to find out which tech billionaire they would want to spend this Labor Day weekend with. The survey provided three options – Tesla’s Elon Musk, Microsoft co-founder Bill Gates and Meta’s Mark Zuckerberg.

We also provided an option to avoid spending time with any of the three.

Musk Wins Hands Down: Musk was overwhelmingly picked as the preferred Labor Day weekend partner by 41.6% of respondents.

Gates was the choice of 18.8% of the respondents, and Zuckerberg garnered only 7.3% of the votes.

Also, 32.3% of the respondents said they would prefer not to hang out with any of these celebrity corporate chiefs.

Why People Warm To Musk: Tesla’s Musk has been a highly-divisive person, earning praise for his successful business ventures, rags-to-riches story, and unconventional leadership but drawing ire for his alleged sexual misadventures and his behavior that sometimes comes off as being autocratic, arrogant and rude.

An immigrant from South Africa, he moved to the U.S. after making a stop in Canada for a while, and went on to build a few business ventures that aim to make the earth a better place to live. Tesla, his flagship EV manufacturing business, has grown to a dominant position in the industry, leaving most established legacy carmakers and startups to play catch up.

That said, Musk has come under fire for public behavior considered unacceptable for a CEO. A case in point is his smoking weed in the Joe Rogan podcast, which was aired live.

Then there was this incident of his SpaceX company employees, who mobilize a signature campaign, condemning his high-handedness. The opposition was smothered by firing those employees who led the revolt.

His behavior at the workplace was highlighted by one of his former employees in a podcast, wherein he said the Tesla CEO is hands-on and has no airs about him, but at the same time is an exacting leader, who brooks no nonsense.

All said and done, he is a cool figure, going by at least his posts on Twitter, a platform on which he is very active. There is an intriguing element about him and his lifestyle, which would make people curious to know how he is from close quarters.

Meanwhile, Gates, who stepped away from his corporate journey, has been the face of philanthropy and the movement to bring healthcare and eradicate pandemics, particularly in developing and under-developed parts of the world.

The former Microsoft CEO was also in the spotlight for all the wrong reasons amid his divorce from his former wife Melinda Gates. It was rumored that his closeness to the now-dead sex offender and financier Jeffrey Epstein was among the reasons that led to the separation of the then-power couple.

When it comes to Zuckerberg, his popularity apparently is lock-stepping with the flailing fortunes of his Meta business. The company has been accused of failing to protect user data following a whistleblower complaint. Meta is also a victim of the macroeconomic downturn and some industry-specific issues.
Additionally, the Meta CEO is not a very public person, unlike his counterpart at Tesla.

This survey was conducted by Benzinga in September 2022 and included the responses of a diverse population of adults 18 or older.

Opting into the survey was completely voluntary, with no incentives offered to potential respondents. The study reflects results from over 300 adults.