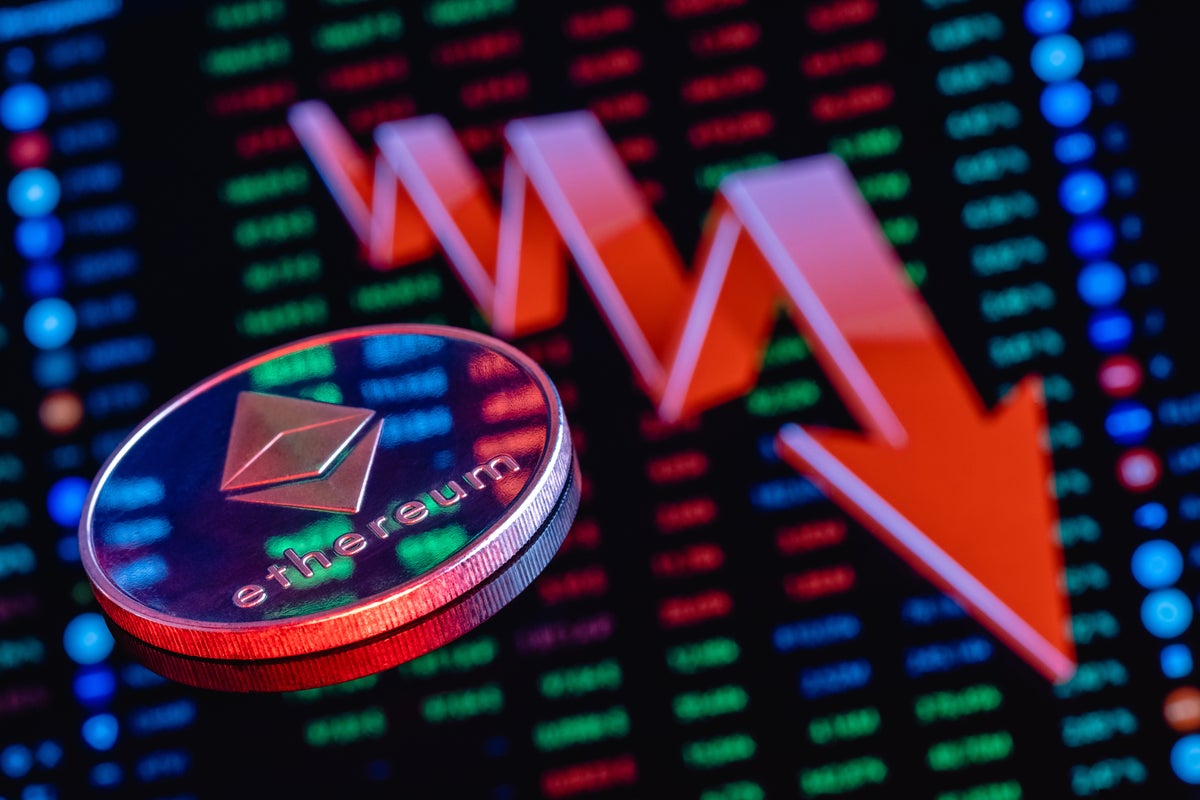 Ethereum ETH/USD led cryptocurrency liquidations by a large margin, with $102 million liquidated over the last 24 hours.

What Happened: According to data from CoinGlass, ETH saw $59.96 million shorts and $42.47 million longs liquidated over the last day. The asset’s price hit an intra-day high of $1,654 late on Sunday, only to see a sharp decline to $1,557 over the next two hours.

that is but a fraction of their inventory

The sudden negative price action was likely caused by a large sell order on cryptocurrency exchange FTX, according to crypto trader Ninja.

$ETH one final push to 1690 before going down? Would be a beautiful combo, bull trap + stop hunt of shorts that were pilling up these past days pic.twitter.com/dSfqjjOOWR

Meanwhile, Bitcoin BTC/USD recorded just $22.94 million in liquidations over the last day. Long and short BTC traders saw similar pain, with $11.39 million longs and $11.55 million shorts liquidated as the asset traded between $22,242 and $22,974 over the last 24 hours.

Dogecoin DOGE/USD recorded negligible liquidations compared to the top two cryptocurrencies. Of $669,000 in DOGE liquidations, 75% of traders were long the meme coin.