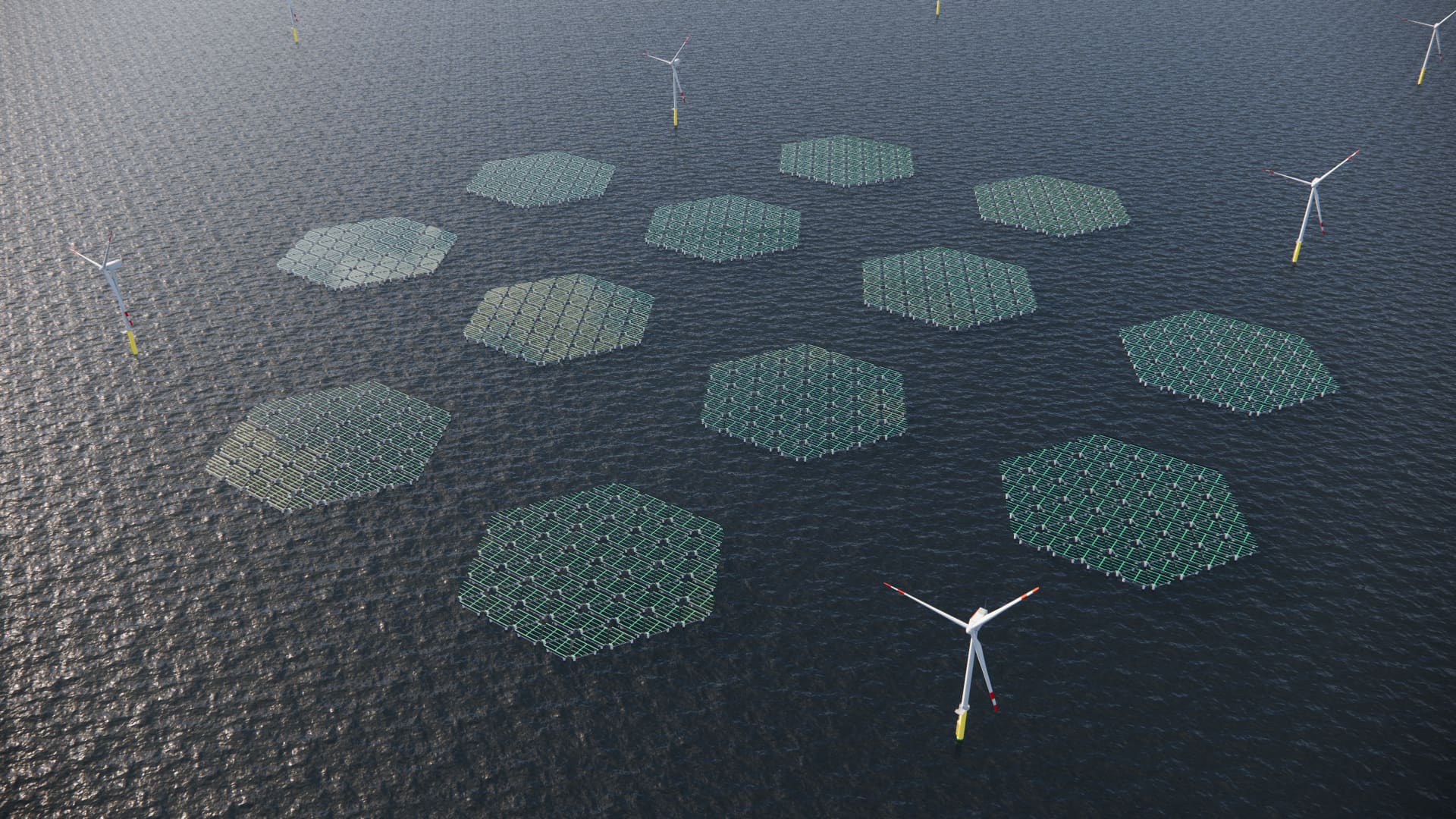 This illustration shows how SolarDuck’s technology could be deployed at sea.

German energy firm RWE is to invest in a pilot project centered around the deployment of floating solar technology in the North Sea, as part of a wider collaboration focused on the development of “floating solar parks.”

Set to be installed in waters off Ostend, Belgium, the pilot, called Merganser, will have a capacity of 0.5 megawatt peak, or MWp. In a statement earlier this week, RWE said Merganser would be Dutch-Norwegian firm SolarDuck’s first offshore pilot.

RWE said Merganser would provide both itself and SolarDuck with “important first-hand experience in one of the most challenging offshore environments in the world.”

Learnings gleaned from the project would allow for a quicker commercialization of the technology from 2023, it added.

RWE described SolarDuck’s system as being based around a design enabling the solar panels to “float” meters above water and ride waves “like a carpet.”

A longer term goal of the collaboration is for SolarDuck’s technology to be used in a bigger demonstration project at the yet to be developed Hollandse Kust West offshore wind farm, which RWE is currently tendering for.

In its statement, RWE said the “integration of offshore floating solar into an offshore wind farm” was “a more efficient use of ocean space for energy generation.”

The idea of combining wind and solar is not unique to RWE. The Hollandse Kust (noord) wind farm, which will also be located in the North Sea, is also planning to deploy a floating solar technology demonstration.

CrossWind, the consortium working on Hollandse Kust (noord), is a joint venture between Eneco and Shell.

Earlier this month, Portuguese energy firm EDP inaugurated a 5 MW floating solar park in Alqueva. It described the park, which consists of nearly 12,000 photovoltaic panels, as “the largest in Europe in a reservoir.”

The project would enable solar power and hydroelectric energy from the dam at Alqueva to be combined, EDP said. There are also plans to install a battery storage system.

All the above projects feed into the idea of “hybridization,” whereby different renewable energy technologies and systems are combined on one site.

EDP would continue to invest in hybridization because it optimized resources and enabled the company to produce energy that was cheaper, he added.