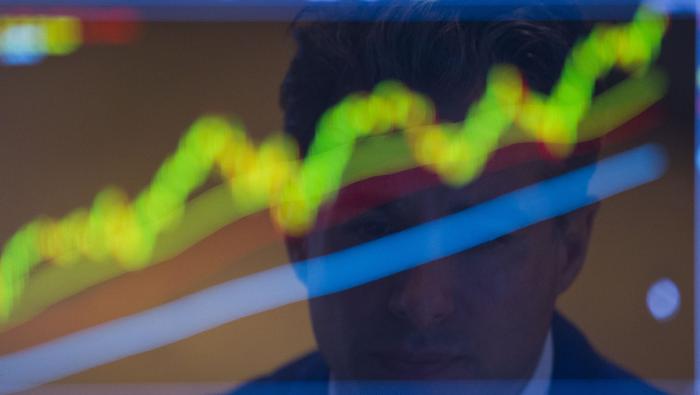 Asia-Pacific markets may see a mixed open amid regional shifts in global market sentiment. US stocks closed lower in New York, giving up early gains after Apple, Inc. is said to slow hiring plans for next year, according to a Bloomberg report. The benchmark S&P 500 index closed 0.84% lower. IBM fell in after-hours trading after lowering guidance due to foreign-exchange rates. Goldman Sachs provided a bright spot, with the bank gaining more than 2% on impressive trading revenues.

The US Dollar DXY Index fell over 0.5%, weighed down by a stronger Euro and British Pound. GBP/USD faces UK inflation and jobs data in the coming days. Meanwhile, traders scaled back their bullish bets on the USD for a second week, according to CFTC data released Friday for the week ending July 12. The CFTC data also revealed the largest short positions on gold since 2018 among speculators, suggesting that traders are abandoning the asset as the Fed remains committed to fighting inflation.

Iron ore prices rose in China, encouraged by a report that Beijing is considering a proposal from regulators that would allow a pause on mortgage payments for homes still under construction. Stock prices of property developers rose on Monday in China. Copper prices also benefited from the news as well as the weaker Greenback. The Reserve Bank of Australia’s latest minutes are set to cross the wires, but the impact may be unremarkable as it has been with the last few minutes.

Corn and wheat prices rose in Chicago as heatwaves around the globe impacted crop forecasts. The United Kingdom saw near-record heat, and Western Europe continues to see above-average mercury readings. However, good news for the grain market may solidify this week if a proposal to free Black Sea grain shipments between Turkey, Russia, Ukraine, and the UN moves forward, which may come as soon as this week.

GBP/USD rose above wedge resistance overnight, with prices subsequently pulling above the 1.2 handle but falling short of the 20-day Simple Moving Average (SMA). Prices may fall back to wedge resistance to qualify it as support if prices hold. That price behavior is a common feature of wedge breakouts, but falling back into the pattern would be bearish.