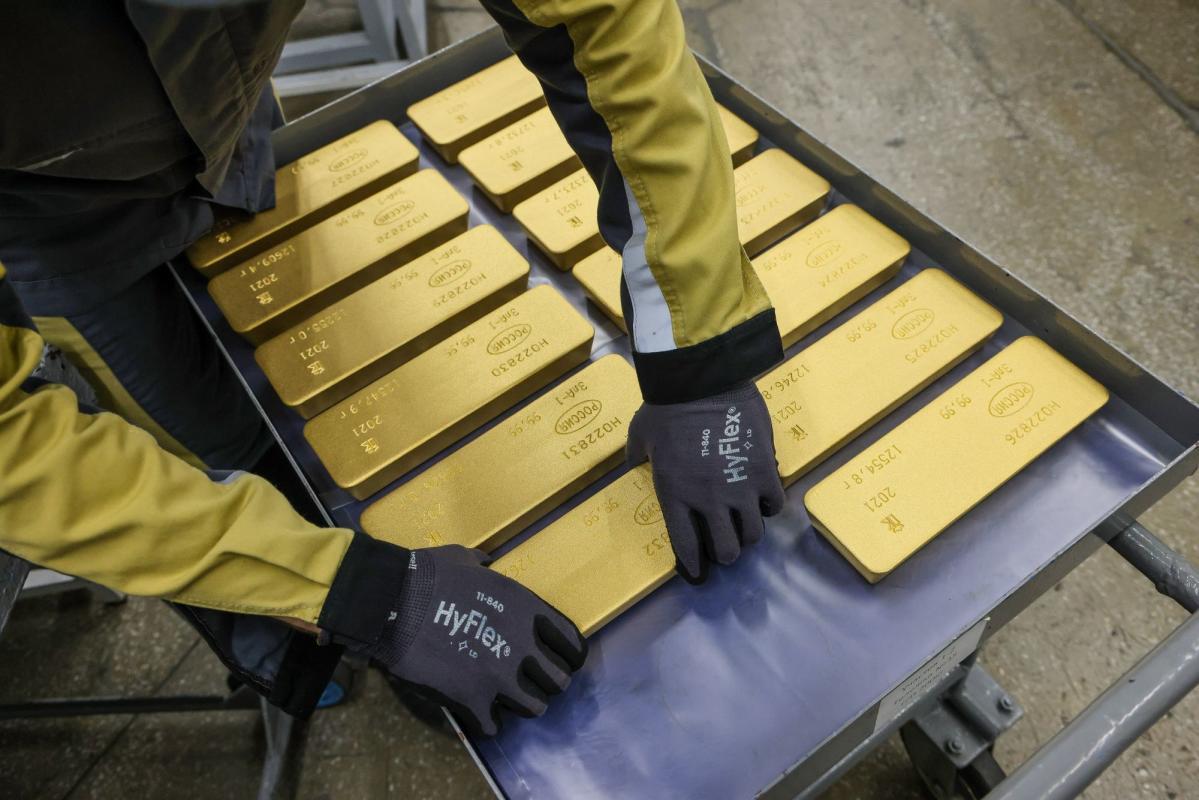 US consumer sentiment rose in early August to a three-month high on firmer expectations about the economy and personal finances. Inflation expectations were varied, with consumers boosting their longer-term views for prices slightly, while reducing their year-ahead outlook.

This followed reports earlier in the week that showed US inflation was cooling, supporting the case for the Fed to be less hawkish, but swaps referencing the central bank’s September meeting signal some uncertainty over whether a half-point or another 75 basis-point rate hike is on the cards. Nonetheless, the possibility of a slowdown in the Fed’s tightening path — potentially capping bond yields and the dollar strength — helped stabilize bullion around $1,800 an ounce as it eyes the longest winning stretch of weekly gains in almost a year. Higher yields and a stronger dollar typically weigh on bullion as it pays no interest and is priced in the greenback.

“This likely points to substantial selling interest, which fits with our view that the recent rally has been primarily driven by short covering,” said TD Securities commodity strategists led by Bart Melek. They see more downside in gold as “prop traders are still holding a massive amount of complacent length.”

Richmond Fed President Thomas Barkin said in an interview on CNBC on Friday that more rate hikes are needed to control inflation. His San Francisco peer Mary Daly said inflation is too high, adding that she anticipates more restrictive monetary policy in 2023.

The precious metal has now rebounded more than 6% from a low in mid-July on a combination of fears of a global recession and heightened US-China tensions over Taiwan. It’s also been aided by declines in the dollar in recent weeks.

Despite the latest data out of the US, inflation remains stubbornly high around the world. That could force the Fed and other central banks to stay aggressive with rates, keeping pressure on gold.

“The gold price has not managed to lastingly overcome the $1,800 mark this week,” analysts at Commerzbank AG including Thu Lan Nguyen wrote in a note. “The ongoing tightening of monetary policy is still having a braking effect on gold as a non-interest-bearing investment vehicle.”