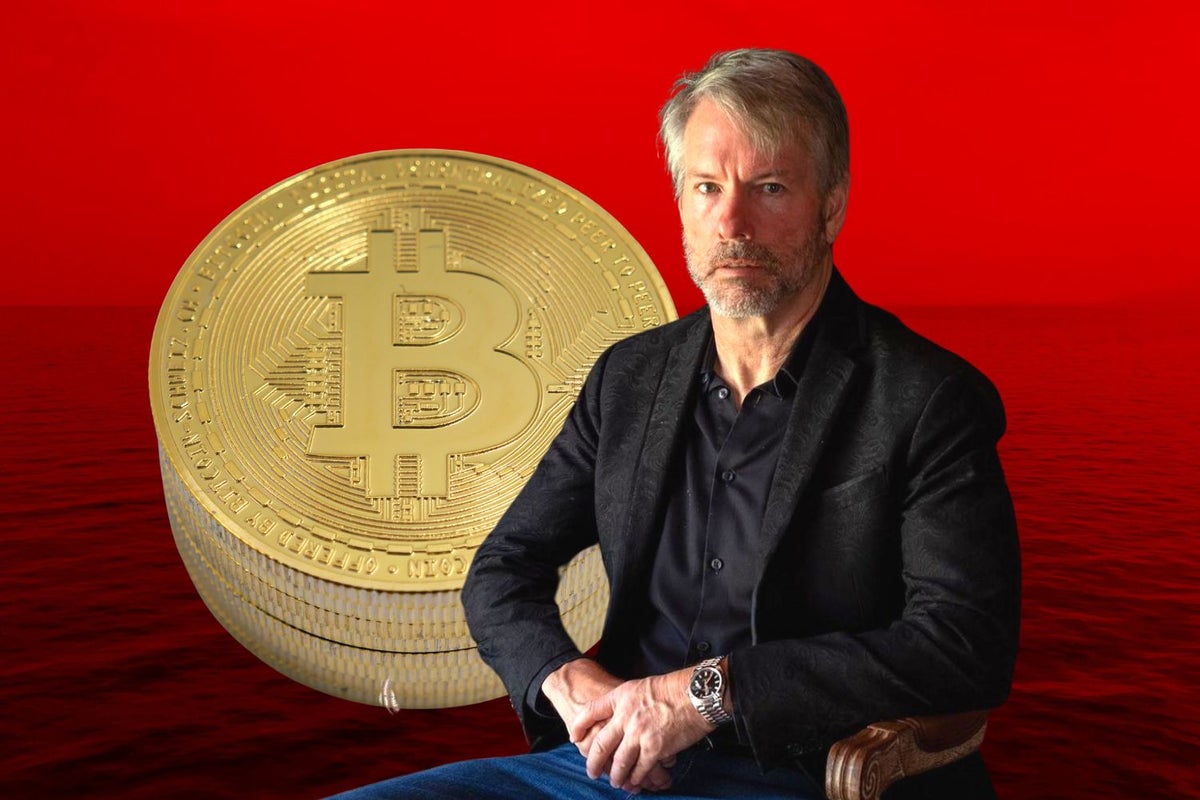 A new report shows high short interest in software company MicroStrategy Inc MSTR, which is run by Michael Saylor and is among the largest holders of Bitcoin BTC/USD. Here’s the latest data and how Saylor may have egged short sellers on.

What Happened: Short interest in MicroStrategy hit a record 51% recently, according to data from S3 Partners. This represents $1.35 billion, according to data from S3 Partners, as shared by Bloomberg.
In the last month, short interest has increased by over 1.2 million shares in the company. Short interest is up by 680,000 shares in the last week, according to the report.
“S3 sentiment & market positioning data reveals $MSTR is a favorite short among the multi-strat hedge fund cohort,” S3 Partners tweeted in a post sharing the Bloomberg article.
The move by short sellers comes as MicroStrategy shares have fallen, and the company remains heavily exposed to Bitcoin.
Shares of MicroStrategy have surged over 70% since the end of June, a move that corresponds with Bitcoin trading higher over the last month.
“It certainly looks like shorts are selling into the recent strength,” S3 Director Matthew Unterman said of increased short interest in the last seven days.

MicroStrategy has been moving up the Fintel short squeeze leaderboard in recent weeks, currently ranked ninth, with the data provider showing 39.3% of the float short and a cost to borrow of 11.2%.

What’s Next: High short interest in MicroStrategy comes as the company is set to report second quarter financial results after market close Tuesday.
The company reported first quarter revenue of $119.3 million on May 3, missing a Street estimate of $127.2 million, according to data from Benzinga Pro.
The second quarter report comes as Bitcoin is trading at $23,289.82 and ended the second quarter at $19,784.73. While there will likely be some comments about the higher Bitcoin price since the quarter ended, it’s important to remember that Bitcoin was also trading significantly higher in the first quarter and when MicroStrategy last reported quarterly results.
Bitcoin closed the first quarter at $45,538.68 and was trading in the $37,000 to $38,000 range when MicroStrategy shared its first quarter results.
MicroStrategy owns around 130,000 Bitcoin, paying an average price of $30,000.
“We have a simple strategy and our strategy is we just acquire Bitcoin, and we hold the Bitcoin,” Saylor told Benzinga recently.
Free cash flow from the company is turned into Bitcoin and the approach is expected to continue by MicroStrategy and Saylor, which has led to increasing bets against the company and its CEO with a belief that the price of Bitcoin will fall again.
The high short interest may have been predicted or provoked by Saylor.
“If you hate Bitcoin, you can short our stock…If you love Bitcoin, you can buy our stock,” Saylor told Benzinga.
There are several ways to bet against the price of Bitcoin and also ways to bet that the price will rise. As a large holder of Bitcoin and a publicly traded stock with options, MicroStrategy could be one of the easiest ways to bet for and against Bitcoin, something Saylor publicly said.

Photo: Created with an image from michael.com