How Good a Deal Is an Indexed Annuity? 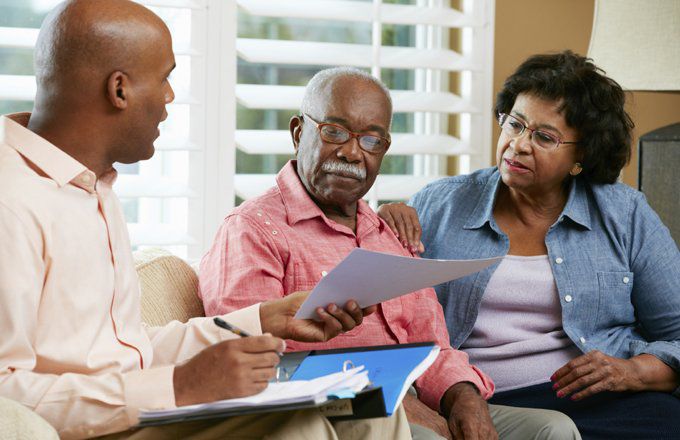 Annuities once came in two basic varieties. On one side were fixed annuities that provided the owner with modest returns but the security of guaranteed payments. The alternative was a variable type, whose return was based on how well a particular basket of stocks performed.

In more recent years, however, annuity customers have had a third, middle-of-the-road option, indexed annuities.

Indexed annuities feature a guaranteed return plus a market-based return. The result is a greater potential upside than a traditional fixed contract, with less risk than a variable annuity.

If sales figures are any indication, many investors see indexed annuities as a “best of both worlds” proposition. Sales reached a record total of $254.8 billion in 2021, according to the LIMRA Secure Retirement Institute—that’s up 16% from 2020.

But before jumping into an indexed annuity, investors should read the fine print. While these products may represent a good fit for certain portfolios, they’re notoriously complex and can vary significantly in quality.

As with other annuity contracts, indexed annuities are sold by insurance companies and require the buyer to make a one-time payment or series of premium payments. Then, at a predetermined date, the annuity disburses either a lump sum or regularly scheduled payments to the annuity holder.

Exactly how much you’d receive is one of the aspects of indexed annuities that can leave you scratching your head. For starters, the guaranteed-interest portion of your return might not apply to the full amount of the premiums you pay. In most states, the guaranteed minimum return is 1% to 3% interest on at least 87.5% of the premiums paid. These provisions vary by company, so reading the details of the contract is crucial.

The market-based part of the return is based on the performance of a specific market index, such as the S&P 500. But if the index goes up 15% in one year, don’t expect your indexed annuity to pay that amount on top of the guaranteed return. Some companies use what’s called a “participation rate,” which is how much of the market’s gain they’ll pass along to the annuity holder. For example, if the participation rate is 70% and the market goes up 10% in a given year, the index-related return will be just 7%.

Additionally, some insurance companies may put a cap on their market-based returns. For example, their maximum payout could be 8%, even if the index your annuity is pegged to performs far better than that.

The formula for computing market-based returns varies considerably from one insurance carrier to the next, so it’s important to understand the details. But beware. Some indexed annuities allow the company to change the participation rate or cap even after you’ve bought your annuity.

If you need to get out of your annuity contract early, you could face substantial surrender charges, plus possible tax penalties.

You Can Lose Money

While indexed annuities are considered more conservative than variable annuities—and make a selling point of their guaranteed return—they nonetheless carry risks. One is if you need to get out of the contract early because of a financial emergency or other pressing need.

While some insurers have shortened the so-called surrender period, most still require that you stick with the annuity for five to 10 years or face a sizable surrender charge that could result in getting less money back from the annuity than you put into it. In addition, surrendering your policy could subject you to a 10% tax penalty from the IRS if you take funds out prior to age 59½.﻿﻿

It’s also important to remember that the reliability of annuities depends on the financial strength of the company that issues them. If the insurer is undercapitalized, there’s an outside chance that it won’t be able to make good on its full guarantee. Be sure to look up the financial rating of the firm from grading agencies like A.M. Best, Standard & Poor’s, and Moody’s. Stick with carriers that earn the highest marks from multiple agencies.

But the Broker Gets a Fat Commission

The labyrinthine rules that govern indexed annuities aren’t the only reason they’re controversial. Insurance companies usually pay brokers a hefty commission to sell such products, which fairly or not, can raise suspicions about why they’re being recommended. Seeking the advice of a reliable investment professional, especially one who has no financial incentive to push a particular product, can help you make a decision that best suits your goals.