In 2024, Los Angeles Will Vote on Forcing Hotels to House the Homeless – Mish Talk 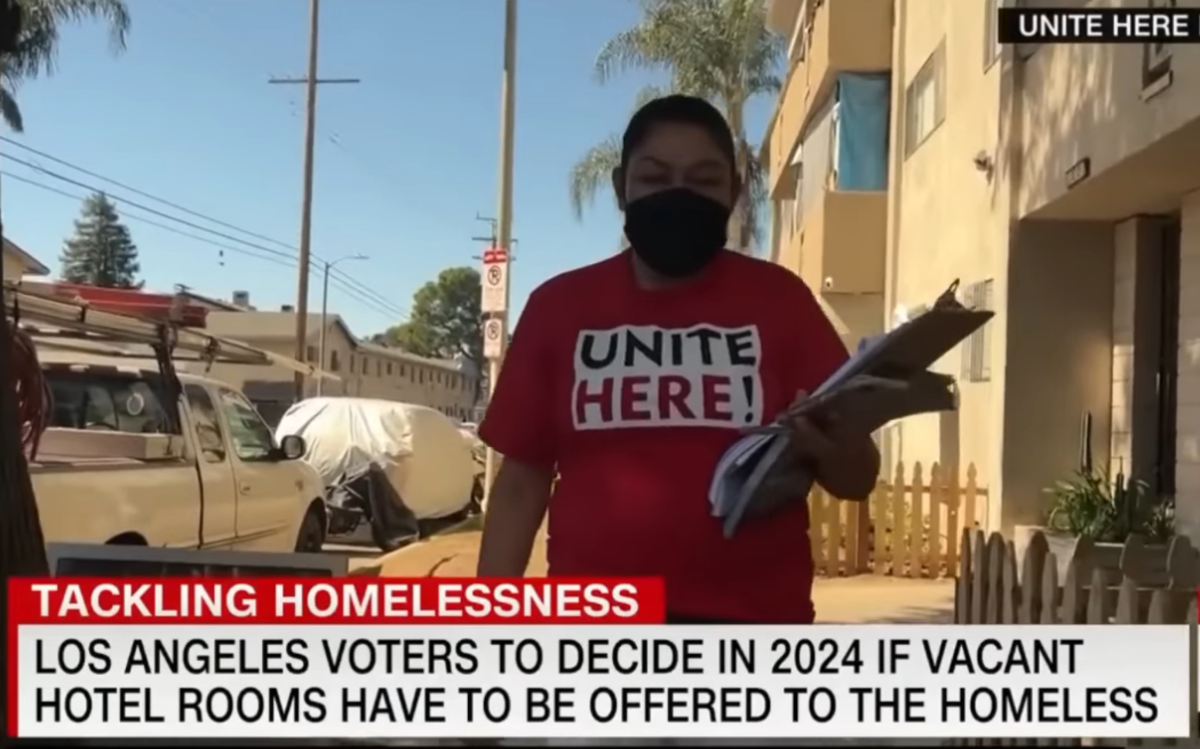 Activists estimate there are about 60,000 homeless in LA with about 20,000 nightly vacant rooms.

The LA City council rejected direct action on August 5th by an 11-1 margin with one economically illiterate woke council member voting in favor.

Here is a link where you can download the two-pronged Proposed Ordinance on utilizing vacant hotel rooms and on replacing space taken by new hotels.

The following points are direct quotes from the proposed ordinance.

Mandate on Housing the Homeless

In addition to accepting homeless the ordinance blames hotels for causing homelessness and mandates replacement housing.

Councilman Joe Buscaino told KTLA in a report that aired Thursday night ahead of the vote that he thought the plan was “the dumbest measure” he’s seen in his decade on the City Council. He described the idea as “the worst of all options” in L.A.’s struggle to solve the homeless crisis, only exacerbated by the pandemic.

“It baffles me that Unite Here, which claims to protect its members, is leading this measure that would very likely jeopardize worker safety,” Heather Rozman, president and CEO of the Hotel Association of Los Angeles, in a statement Friday morning. “We’re relieved that the council saw this for the political stunt that it is and call on them to instead pursue long-term solutions to homelessness that actually work.”

Should Vacant Hotels in Los Angeles House the Homeless?

That’s the wrong question. Even the title is wrong. CNN left out the word “forced” or “forcing”.

Here are the right questions.

Those are good questions, but here is a better one: How the hell can this ordinance possibly be legal?

The key question is likely moot because I believe the ordinance will not pass. Then again, we are talking California where woke madness is the norm.