Indian Rupee Falls Against Dollar As Trade Deficit Widens To Record High: What Next? 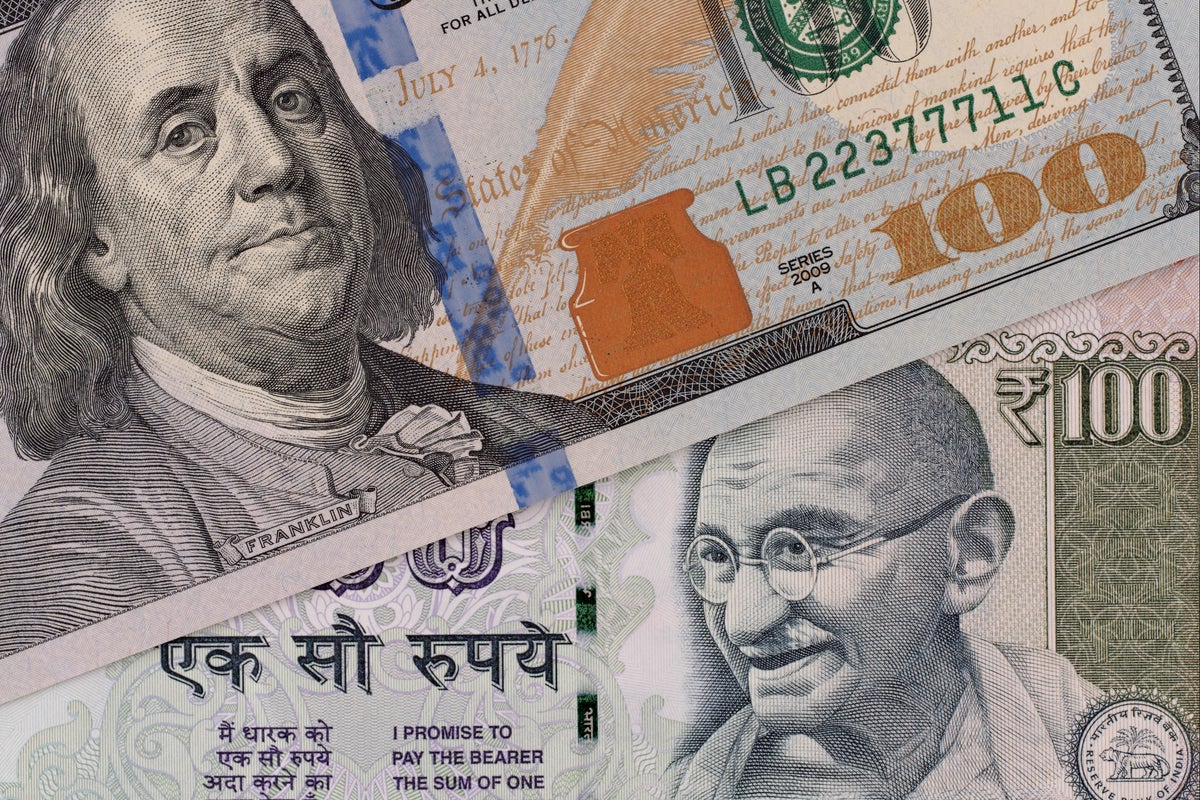 The Indian rupee fell below the 79.5 mark against the dollar on Thursday morning Asia session as the country’s trade deficit widened to a record $31 billion. The figure sparked concerns among traders about how India will fund its current account deficit (CAD).

What Happened: Government intervention in exporting petroleum products and other commodities in the wake of higher inflation and local demand is understood to have contributed to the widening of the trade deficit.

Price Movement: After falling to an intra-day low of 79.51 as against the previous session’s close of 79.15, the rupee recovered partially to trade close to 79.45 against the dollar.

According to Reuters, the Indian rupee was the worst performing currency in Asia on Thursday, while the Chinese yuan and the Korean won were little changed.

Expert Take: Vikas Bajaj, head of currency derivatives at Kotak Securities told Reuters until now the market consensus for India’s CAD was around $100 billion for the current fiscal year ending in March.

“But this definitely looks out of whack after July’s trade number,” he said.

Benzinga’s Take: The Indian rupee has been recovering in recent times after having breached the 80-level to the dollar in July. However, the widening of the trade deficit is bad news for the currency and is most likely to nullify any potential gains expected after the Reserve Bank of India’s (RBI) rate decision. The RBI is expected to hike rates by 25-50 basis points on Friday.