IWC Might Be Alright Even If We Oppose Micro-Cap ETFs 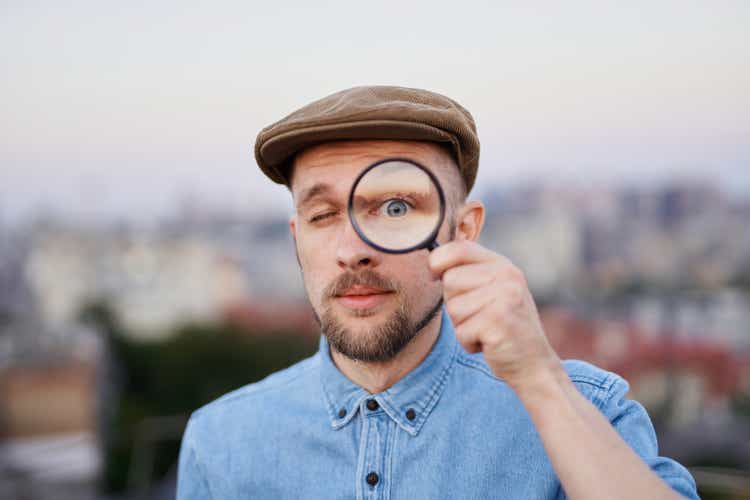 The iShares Micro-Cap ETF (NYSEARCA:IWC) is more or less what it purports to be in its name, although some stocks are more mid-cap than microcap. We oppose the concept of investing in micro-cap ETFs, because it eliminates any of the benefits of investing in micro-cap stocks at all. Despite opposing the concept, IWC does quite one key thing correctly which is focus on a sector where hedging your bets actually makes some sense, rather than investing with conviction. Also it has a bunch of regional banking exposures that together make a fine national banking exposure for the current environment. But the 10x P/E is likely low because of contribution of negative P/Es from biotech exposures. Overall, we’re not very keen here.

We don’t like the idea of micro-cap ETFs at all because micro-cap is an excellent space to search for stocks where you are looking for underpriced opportunities that can legitimately be under the radar despite their quality. This has been the central of our strategy and has brought us much success, with nothing but business acumen and of course a reverence for good value.

ETFs have one real purpose which is to take decisions around company specific prospects out of the equation. This volatility in larger capitalization companies is gladly taken out, because it comes at little cost. Asset allocation decisions matter more than specific security selections when looking at the markets broadly, which are dominated invariably by large cap stocks, so hedging away any security selection is relatively painless. This is not the case in micro-cap issues where companies are in smaller businesses by geography or some other type of scope, for example regional operators, and there are more avenues by which companies can be mispriced, especially given structurally lessened coverage by analysts because it doesn’t pay to report on small companies. Sometimes liquidity matters too and can make a micro-cap stock more akin to a minority PE style investment. In other words, conviction pays in micro-cap environments, so don’t make an ETF with micro-cap stocks.

We oppose the concept, but ultimately there are some ways in which a micro-cap ETF can at least make a modicum of sense. IWC allocates substantially to the healthcare sector:

Healthcare plays in the micro-cap world are often biotech companies whose fortunes depend on rather binary outcomes associated with approvals. The average market cap of the ETF is around $1-2 billion. The situations won’t be quite as binary as a pre-approval for Vertex (VRTX) or some other very small single-drug company, but usually pipelines will be smaller, or the whole prospects of the company will rely on a pipeline or technology, whose scope has not yet been fully realized but appears promising. In cases like these, diversifying actually makes some sense. The IWC ETF therefore is more a bet on emerging healthcare than it is on micro-cap stocks specifically.

The other major allocation by sector is to Financials and most of these stocks are regional banks. On the whole, they presumably diversify into being the equivalent of a national banking exposure. Nothing particularly wrong with that, especially as the wedge between low savings rates and high lending rates expands.

Overall, what IWC end up being is a diluted version of a biotech VC portfolio. Diluted in the sense that it includes other industries, a VC portfolio in the sense that is hedging a bunch of binary bets. Its P/E ratio is pretty low at 10x but it’s likely because of the contributions of negative P/E stocks. Overall, diversifying across binary situations in biotech stocks is a fair way to play emerging medicine but there’s nothing that makes this ETF particularly appropriate in the current environment.

While we don’t often do macroeconomic opinions, we do occasionally on our marketplace service here on Seeking Alpha, The Value Lab. We focus on long-only value ideas, where we try to find international mispriced equities and target a portfolio yield of about 4%. We’ve done really well for ourselves over the last 5 years, but it took getting our hands dirty in international markets. If you are a value-investor, serious about protecting your wealth, us at the Value Lab might be of inspiration. Give our no-strings-attached free trial a try to see if it’s for you.