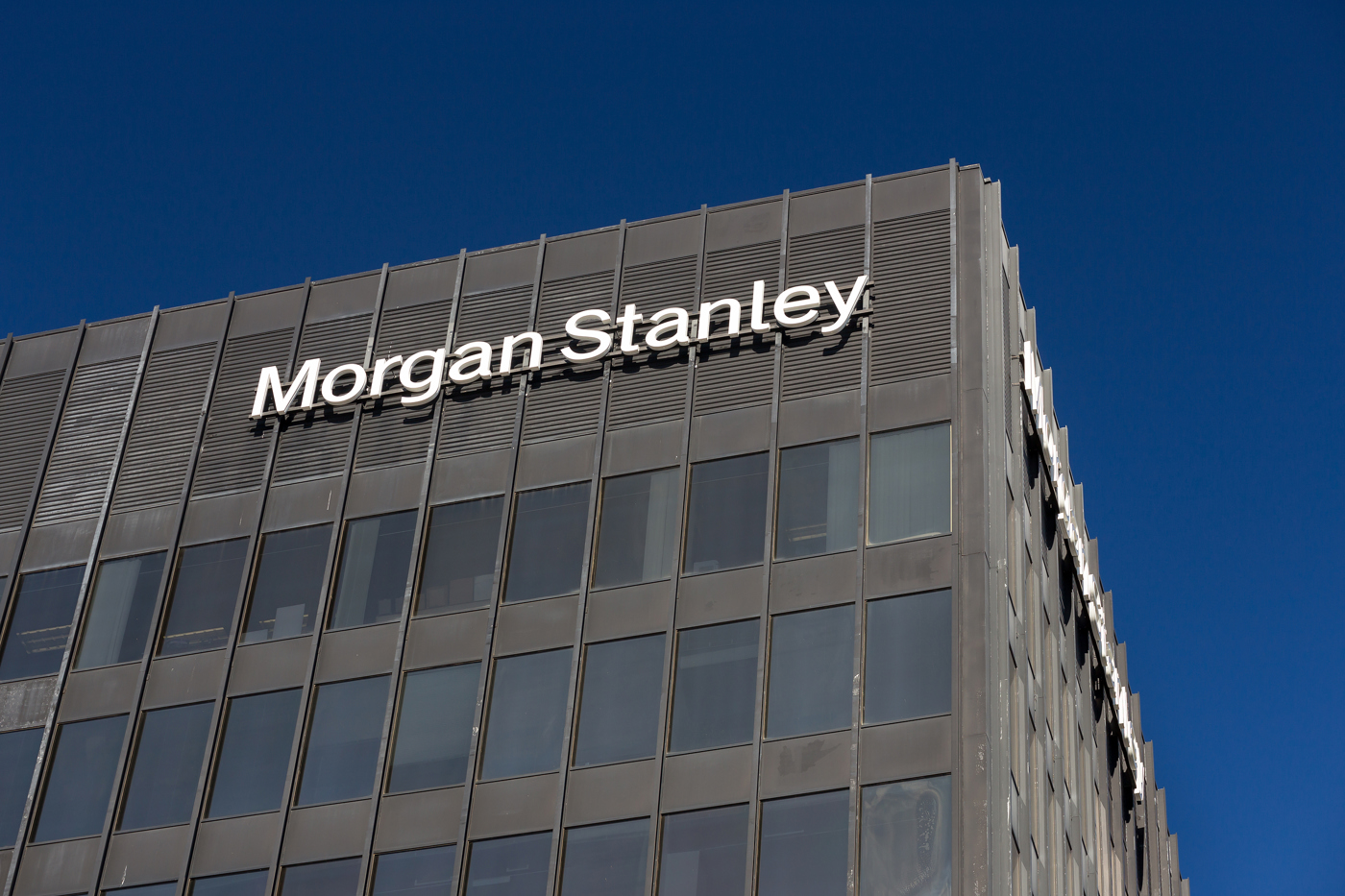 Analysts expect to see an 8.7% drop in year-over-year revenues

Morgan Stanley (NYSE:MS) is set to announce second-quarter results before the open on Thursday, July 14, alongside a host of bank names set to report this week. Analysts expect the company to see profits of $1.54 per share, as well as an 8.7% drop in year-over-year revenues to $13.47 billion. Below, we will dive deeper into MS’ recent chart performance, and look at how the stock’s done after its last few earnings reports.

Last seen up 1.7% to trade at $77.13, Morgan Stanley stock has been trying to distance itself from a June 23, one-year low of $72.23. The $82 level turned down the security’s late-June rally, though, while the 80-day moving average has been guiding the shares lower since February. Year-to-date, MS is already down over 21%. 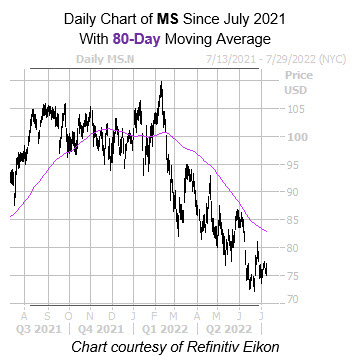 The equity has seen mostly positive returns the day after its quarterly reports, with six of its last eight next-day sessions swinging higher, including a 2.5% pop in October. Shares averaged a move of 1.5%, regardless of direction, in the past two years, with the options pits pricing in a bigger swing of 6.2% this time around.

Options traders lean firmly bullish on Morgan Stanley stock. This is per the security’s 10-day call/put volume ratio of 4.34 at the International Securities Exchange (ISE), Cboe Options Exchange (CBOE), and NASDAQ OMX PHLX (PHLX), which ranks higher than all readings from the past 12 months. This means calls have been getting picked up at a much faster-than-usual clip.