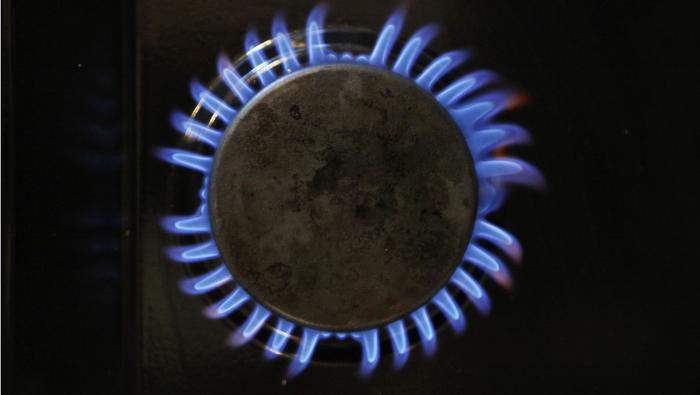 Europe’s gas storage is nearly 73% full as of August 10, according to Gas Infrastructure Europe (GIE) data. That is up 10% over the past 30 days despite heavily reduced flows from Russia via the Nord Stream 1 Pipeline. While the increased storage level is encouraging, Europe still faces a potential energy crisis, especially if the continent sees a colder-than-average winter.

A drop in the Rhine river’s water level poses the latest threat to Europe’s energy supply. The Rhine is a key waterway for Germany, used to transport goods and commodities, including coal. A reduction in coal shipments may force Germany to burn more natural gas to meet its energy needs. That could slow progress in building winter stockpiles. German officials on Wednesday said water levels could drop to a critical point soon. Natural gas prices may rise over the next week if much-needed rain doesn’t appear.

The Energy Information Administration’s Weekly Natural Gas Storage Report is expected to show a 39 billion cubic feet (Bcf) injection for the week ending August 5, according to a Bloomberg survey. That would be down from the prior week’s 41 Bcf injection. Total US inventory is 336 Bcf below the 5-year average, per the EIA. Given the already tight market, a worse-than-expected reading could support further price gains.

Prices pierced above the 20-day Simple Moving Average (SMA) after bouncing higher from a trendline from May 2021 that has previously offered support and the 50-day SMA. Bulls may target the 9.00 psychological level. An attempt to clear that level failed in July. The RSI and MACD oscillators are moderating as prices moderate through APAC trading. 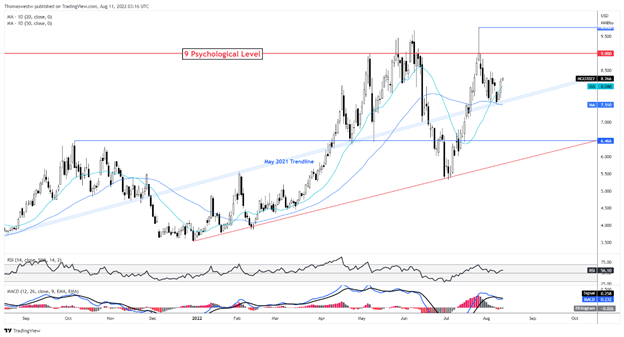