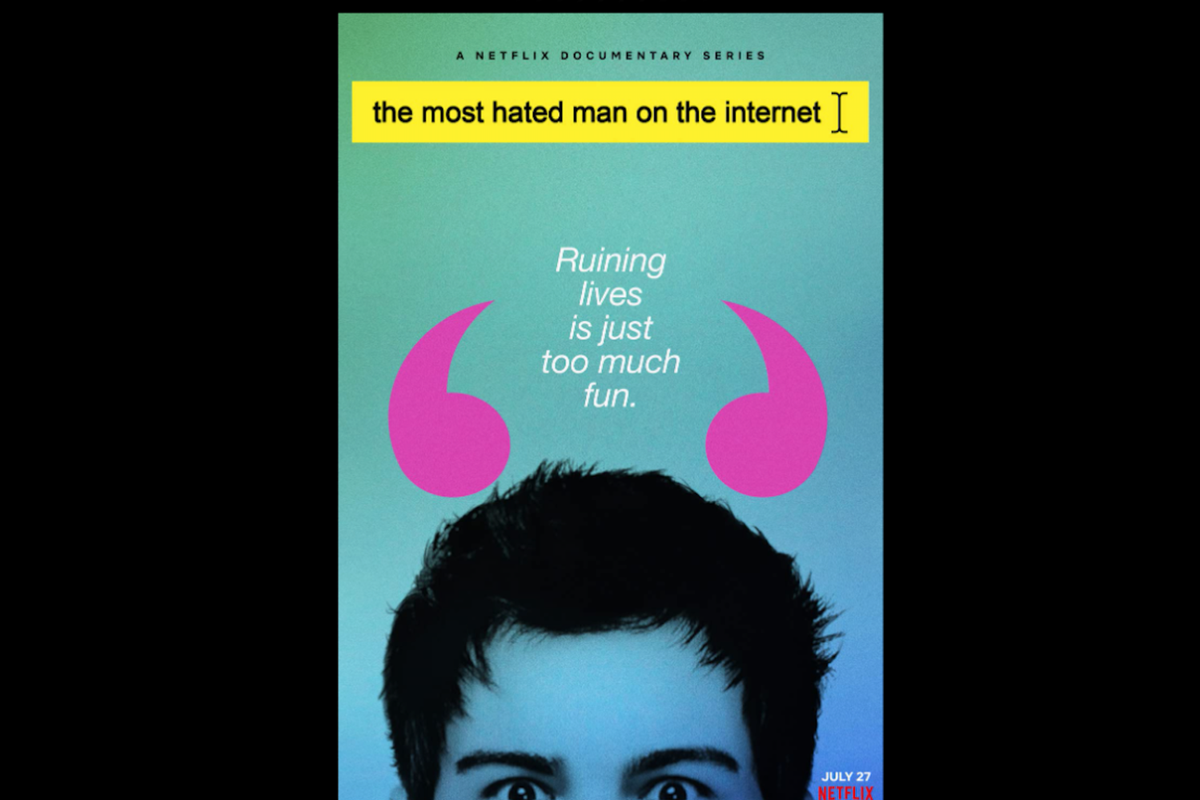 The Netflix Inc NFLX three-part true crime series, “The Most Hated Man On The Internet,” debuted on Wednesday dragging convicted criminal Hunter Moore back in from the shadows.

Isanyoneup.com also acted as a doxxing website, where information such as the victim’s phone numbers, links to social media sites and home and work addresses were posted alongside their photographs, making the victim’s explicit photographs easy to be found on Google, owned by Alphabet Inc GOOG GOOGL, with a simple search of their name.

The Crime: Moore, whose website was protected under the same laws that protected Meta Platforms Inc META at the time, was arrested by the FBI after evidence was compiled proving Moore paid hacker Charles Evens to steal explicit images from some of the victim’s private email accounts, which Moore then posted to the site, which was illegal.

“Is Anyone Up?”, which was live for 16 months between 2010 and 2012 and at its height of popularity brought in 350,000 visitors per day, was sold in 2012 to an anti-bullying website owned by web entrepreneur James McGibney.

See Also: Is ‘The Gray Man’ The Next Netflix Franchise? Here Are How Many People Watched And What’s Next

The Hero: Thanks in a large part to author, activist, crime sleuth and mom-extraordinaire Charlotte Laws, whose daughter Kayla Laws was a victim of Moore and his accomplice Evens, Moore was indicted in California on Jan. 23, 2014, on charges of conspiracy, unauthorized access to a protected computer, and aggravated identity theft.

Charlotte Laws, who worked tirelessly to prove Moore’s crimes, even after her attorney husband had their daughter’s images removed from the website, provided two years’ worth of evidence she had collected to the FBI, including the accounts of 40 other victims of hacking she had spoken to.

In February 2015, Moore pled guilty to aggravated identity theft and aiding and abetting in the unauthorized access of a computer. He was sentenced to two-and-a-half years in federal prison and three years of supervised release.

What’s Moore Up To Now? Although Moore is banned from Facebook, he might be active on Twitter under the handle @_iamhuntermoore, where the account owner calls himself a “small town Christian boy, complains about cancel culture and posts pictures of himself with his pets.

On Tuesday, the account posted an image of the Netflix series with the caption “Tomorrow” under which the comments gave, unfortunately yet unsurprisingly, mixed reviews on Moore’s crimes.

Also unsurprisingly, @_iamhuntermoore’s follower count has grown by about 600 since late Wednesday evening, a sign of the times where despite mass movements such as #MeToo, men who take pleasure in degrading women continue to be admired.

The Benzinga Take: The Netflix series does focus on the victims and the dedication of Charlotte Law, although its unclear if that would have been the case if Moore hadn’t backed out of appearing in the documentary.