Nuclear Power Should Be Part Of Europe’s Energy Mix 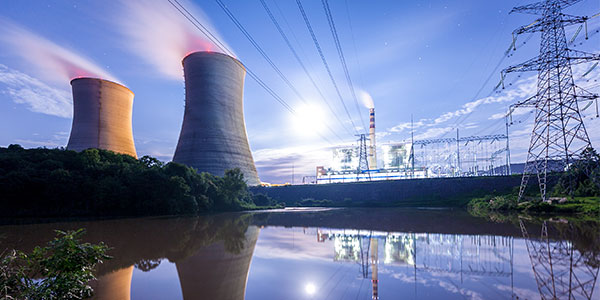 Winter is coming for Europe, and energy prices are soaring as international sanctions on Russia curb the supply of natural gas, on which many European Union (EU) countries have increasingly become dependent. Continental gas spot prices and futures have already hit record highs, and last week, the massive Russian gas provider Gazprom warned that prices could surge a further 60% by the chilly winter months.

As I’ve pointed out before, this is a short-term crisis exasperated by Europe’s long-term climate agenda. Similar to investing, diversity is key, and I believe nuclear should be part of the mix along with renewables and traditional sources of electricity.

Fortunately, some European governments are coming around to the same realization. Before Russia’s invasion of Ukraine, Germany had plans to close its three remaining nuclear reactors by the end of this year, but due to the anticipated winter energy crisis, the country will now allegedly will keep them operating. France, where nuclear already provides 70% of electricity generation, will build six more reactors and extend the lifetime of some existing plants. The United Kingdom wishes to boost its nuclear power from 16% of all electricity generation to 25% by 2050.

This would mark a welcome reversal of current trends. Globally, nuclear energy as a share of total global electricity production has been steadily declining for close to 30 years, from a high of 17.44% in 1996 to under 10% today.

Take a look at the chart below, courtesy of Ember, a London-based energy think tank. New wind and solar capacity in Europe has expanded rapidly, and is forecast to continue doing so, to the detriment of nuclear power. According to Ember, “over 75% of the growth in wind and solar power output in 2022 will replace nuclear output, not fossil fuels,” which is clearly counterproductive to the EU’s mission of achieving net zero carbon emissions.

Among The Safest Sources Of Energy

To be clear, nuclear power emits zero greenhouse gases. In fact, according to numerous studies, nuclear ranks somewhere in between wind and solar in terms of its safety to not just workers but also surrounding communities. Even when you factor in the tragic disasters at Chernobyl in 1986 and Fukushima in 2011, nuclear causes an estimated 0.03 deaths per terawatt hour (TWh). That’s 94 times fewer deaths than what natural gas is estimated to cause due to accidents and emissions and over 1,000 times fewer deaths than what is believed to be caused by lignite, or “brown coal,” the lowest grade of coal.

This is where nuclear power is very much like commercial flying. Public opinion of both industries is often unfairly influenced by high-profile, though exceedingly rare, accidents, even though flying is statistically the safest form of long-distance travel.

That’s not to say nuclear is risk-free, of course. There’s mounting fear right now that Europe’s largest reactor, in Zaporizhzhia, Ukraine, could be damaged in the ongoing conflict between the country and Russia, which would result in a “technological disaster,” warns Russia’s Security Council secretary.

Hotter-than-average temperatures this summer have also been a challenge for some European power plants. Last week in France, electricity output had to be reduced at a number of facilities because the temperatures of the Rhône and Garonne rivers were deemed too high to sufficiently cool the reactors.

A Crisis Full Of Opportunities

I don’t speak Japanese, but I’ve read before that the word crisis is written by combining the symbols for danger and opportunity.

This is certainly a precarious situation for Europe. Germany, its largest economy and the most dependent on Russian gas, faces a potential recession if supply continues to drop. An economic pullback of this magnitude could spread across the continent and even hop the Atlantic to North America.

At the same time, this could be a major opportunity for both sides of the ocean. The U.S. is now exporting more gas to Western Europe than to Russia, with a single shipment reportedly managing to net as much as $200 million in profit.

As for Europe, I believe this crisis could be an opportunity to rethink and retool its energy strategy. A net zero carbon goal is admirable, but real people and families are feeling the pinch of higher energy costs, which, sadly, may have further to climb before this year is out.

All opinions expressed and data provided are subject to change without notice. Some of these opinions may not be appropriate to every investor. By clicking the link(s) above, you will be directed to a third-party website(s). U.S. Global Investors does not endorse all information supplied by this/these website(s) and is not responsible for its/their content.

Holdings may change daily. Holdings are reported as of the most recent quarter-end. The following securities mentioned in the article were held by one or more accounts managed by U.S. Global Investors as of (06/30/22): Gazprom Neft PJSC.