Predator Prequel Prey Beats The Kardashians: Here’s What The Hulu Record Could Mean 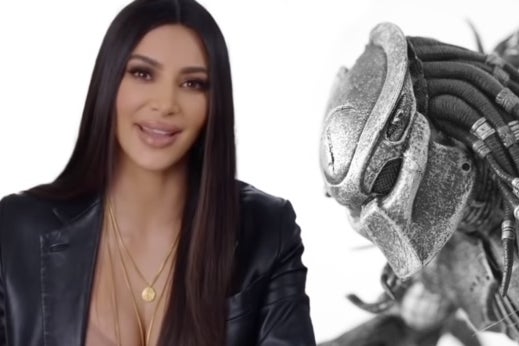 A prequel to an original movie from 1980 is the most watched premiere on Hulu. Here’s a look at how “Prey” stacks up for the Disney-backed streaming platform.

What Happened: “Prey,” the latest installment of the “Predator” franchise that began in 1987 with Arnold Schwarzenegger, was originally scheduled for a theatrical release.

However, it was released directly to Hulu on Aug. 5 — and fans were happy.

Hulu is now touting “Prey” as its biggest three-day premiere in the streaming platform’s history. The film, starring Amber Midthunder, now holds the record for most minutes viewed over the first three days on Hulu.

“Prey” beats a record set in April by the new Hulu title “The Kardashians.”

The Predator prequel was also announced as the most-watched film premiere on Star+, a streaming platform for international territories under the Disney+ brand.

Hulu is majority owned by The Walt Disney Company DIS. The two companies Hulu did not share specific numbers of minutes or hours watched for “Prey,” something that varies from streamer to streamer. Most streamers don’t share actual figures with Netflix Inc NFLX being the exception with its weekly top ten report.

Why It’s Important: Disney CEO Bob Chapek has made a strategy of releasing shows and movies based on existing intellectual property a theme for Disney and its streaming platforms.

The Predator franchise has a mixed box office history, which may have played into the decision to put the title on the streaming platform. “The Predator,” which was released in 2018, grossed $51 million domestically and $160 worldwide, according to BoxOfficeMojo.

“Prey” has generated significant buzz and strong reviews, which could increase viewership going forward. The movie is the number one trending movie or show on IMDb, a movie database owned by Amazon.com Inc AMZN.

“The Kardashians” was launched in April after moving from cable channel E! after 15 years and 20 seasons to be exclusive to Hulu. The new show will see 40 episodes across 10-episode seasons under its initial contract.

Hulu could have momentum with several hit shows and movies that are exclusive to the platform. Disney announced Hulu ended the third quarter with 46.2 million subscribers both free and paid, up 8% year-over-year.

Hulu could also get a boost as Disney announced plans and prices for the upcoming ad-supported Disney+ launch. Disney is placing a bigger emphasis on bundles, which come with options to add Disney+, ESPN+ and Hulu.
Image: Kardashian Vs. Predator Wikimedia Commons (Kurt Wild)