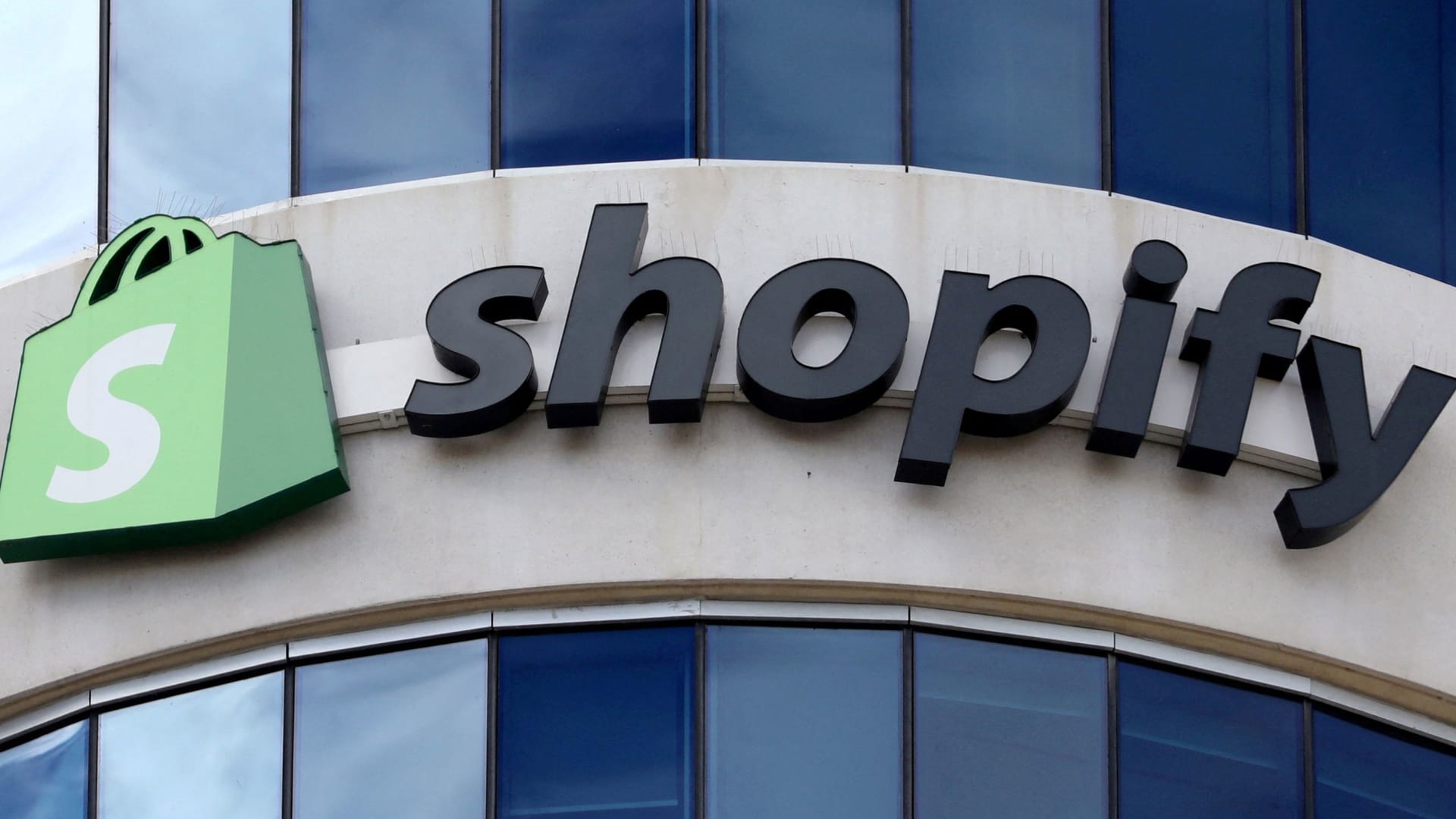 The logo of Shopify is seen outside its headquarters in Ottawa, Ontario, Canada, Sept. 28, 2018.

Shopify is pushing back on Amazon‘s one-click checkout service.

The e-commerce platform is warning merchants who try to install Amazon’s “Buy With Prime” button on their storefront that it violates Shopify’s terms of service, and is also raising the specter of security risks, according to research firm Marketplace Pulse.

Amazon introduced Buy With Prime in April, pitching it as a way for merchants to grow traffic on their own websites. The service lets merchants add the Prime logo and offer Amazon’s speedy delivery options on their sites. Members of the retail giant’s Prime loyalty club can check out using their Amazon account.

Shopify will not protect merchants who try to use Buy With Prime against fraudulent orders, according to a screenshot of a notice Shopify sent to merchants. The notice also warns that Amazon’s service could steal customer data, and charge customers incorrectly.

Shopify’s terms of service require merchants to use Shopify Checkout “for any sales associated with your online store.”

Buy With Prime competes directly with Shopify’s instant checkout and payment service, Shop Pay. Shopify has sought to expand the feature beyond its own platform, striking deals with Facebook and Google last year to let customers use the system to make purchases.

Shopify CEO Tobi Lutke welcomed the launch of Buy With Prime at the time of Amazon’s announcement, saying the company was “happy” to integrate the feature into its platform.

“This fits perfectly into our world view,” Lutke told investors on the company’s first-quarter earnings call. “And it’s not nearly as zero-sum as some people make it out to be.”

Privately, Shopify may not have been as pleased about Buy With Prime. The Information reported in May that the launch sparked internal debate about whether Shopify should integrate the feature on its site. Additionally, a Shopify spokesperson told the publication that Lutke’s comments only represented his opinion, adding that the company needed to gather more details before ruling on the issue.

A Shopify spokesperson told CNBC in a statement: “Shopify believes it’s a good thing when a company like Amazon opens their infrastructure to more independent businesses to succeed in commerce.”

Shopify has become a popular alternative for sellers who are looking to sell products online, or diversify beyond Amazon. The Canadian company got its start providing businesses with software to help them build a presence online. Shopify in May acquired third-party fulfillment service Deliverr, putting it more directly in competition with Amazon’s logistics arm.

In response to Shopify’s claims that Buy With Prime is insecure, an Amazon spokesperson said: “We protect information collected via Buy with Prime, including shopper data, in accordance with Amazon’s high security standards. We use this information to provide and improve Buy with Prime for merchants and shoppers.”

“We use Amazon Pay to process payments for Buy with Prime orders. Amazon Pay is backed by the fraud protection technology used on Amazon.com,” they added. “Merchants have complete control over the prices customers are charged.”

Shopify said its terms of service are intended to protect merchants, and violations may trigger a warning.

WATCH: Inside the rapid growth of Amazon Logistics and how it’s taking on third-party shipping