The Russian Fat Lady Getting Ready To Sing For The LBMA 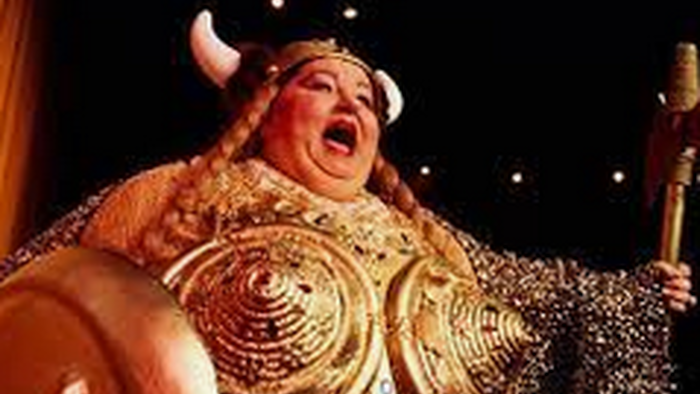 It is necessary to create a new international standard of the precious metals market – Moscow World Standard (MWS), which will become an alternative to the standard of the London Bullion Market Association (LBMA), the Ministry of Finance of Russia said in a letter July 28th.

The East is looking at Comex and LBMA now https://t.co/KZL0kGqugy

The letter of the Ministry of Finance to industry participants says that “independent international infrastructure” is needed to “normalize the functioning of the precious metals industry.” According to the agency, it is “critically necessary” to create it, RIA Novosti reports.

In the “fundament of the structure” it is proposed to “put a specialized international precious metal exchange headquartered in Moscow” using the “new international standard MWS”. It is also proposed to establish a Price Fixing Committee. Subject to the application of the MWS standard, it will include Central Banks and the largest banks of the EAEU countries represented in the precious metals market.

According to the Russian department, it is necessary to “rely on fixing prices in the national currencies of the key participating countries, or on new units of international settlements, such as the new unit of settlements proposed by the President of Russia within the framework of the member countries of the BRICS organization.”

The Ministry of Finance wants to make membership in this organization attractive to all foreign market participants, especially China, India, Venezuela, Peru and other countries of South America, as well as Africa. The agency expects that such a step will quickly destroy the LBMA monopoly and ensure the stable development of the industry.

Recall that the Council of the European Union approved the seventh package of anti-Russian sanctions, including a partial embargo on gold, the inclusion of 55 individuals and legal entities in the blacklist, the expansion of the list of prohibited dual-use goods prohibited for import. Polymetal, the largest producer of primary silver and the second largest gold producer in Russia, is studying the possibility of selling Russian assets.

Why is this important? Who would need a refinery in country ( Saudi Arabia) that does not mine much gold? Why the need to re-refine Gold you already have?

One possibility: Because when you use Gold for international trade, you must make sure the specs are up to snuff. And China has different specs than the LBMA bars.

We were wrong, but not far off. The other possibility was that Moscow, no doubt in partnership with China (like Barzini backed Tattaglia in the Godfather) would set the standard for Gold trade specs This was no doubt agreed to by China before hand.

Our advice then and now is this: Do not sell your physical Gold if you can avoid it. You can read more of that Saudi refinery article here

Historically, after demand for Gold moves to a different region, it is followed by vaults and banks opening up there to transact deals.  Finally after both demand and supply are sourced in the same region, the pricing power moves to that timezone in the form of standards and exchange liquidity. That is where we are now. The fat lady is getting ready to sing on Western style Gold manipulation. Will Russo-Chinese style be any better? Be careful what you wish for.

[UPDATE: 4:51PM After posting this we noticed a very good analysis from a macro perspective on the topic. Fellow Zerohedge contributor Capitalist Exploits did a piece called: Russia Proposes New Standard To Compete With LBMA. We recommend it to those looking for more insights- VBL]

Free Posts To Your Mailbox

Contributor posts published on Zero Hedge do not necessarily represent the views and opinions of Zero Hedge, and are not selected, edited or screened by Zero Hedge editors.