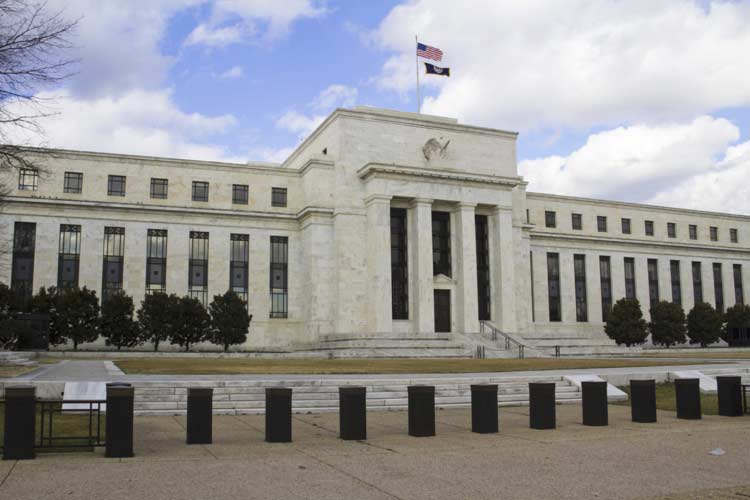 There’s some intriguing symmetry going on with SPY, QQQ, and TNX

Subscribers to Chart of the Week received this commentary on Sunday, July 24.

In previous months we zeroed in on the short- and long-term performance of both the SPDR S&P 500 ETF Trust (SPY) and the Invesco QQQ Trust Series 1 (QQQ). This week, fresh off the U.S. Federal Reserve’s two-day policy meeting – which addressed the latest inflation buzz with the expected 0.75 basis-point increase and where Fed Chair Jerome Powell said the pace of rate hikes could soon begin to slow – we are going to take a closer look at the Cboe 10-Year Treasury Yield (TNX).

Before we take a look at the long-term performance of the TNX, let’s re-evaluate the yields’ most recent flashing indicator. Earlier this month, stocks suffered a steep nosedive at the hand of 10-year and 2-year Treasury yields, after the latter saw its biggest inversion level since 2000.

For the 10-year Treasury yield, looking back five years, there has been some noteworthy chart performance that flashed. Per data from Schaeffer’s Senior Market Analyst Chris Prybal, the TNX fell to -75% before bouncing to +50%. As seen in the chart below, the SPY also saw numerous pullbacks, many to 0%, with the most recent pullback at 50% (maxed out just shy of 100%). Meanwhile, the QQQ moved back above 300, or 100%+ over five-year horizon. 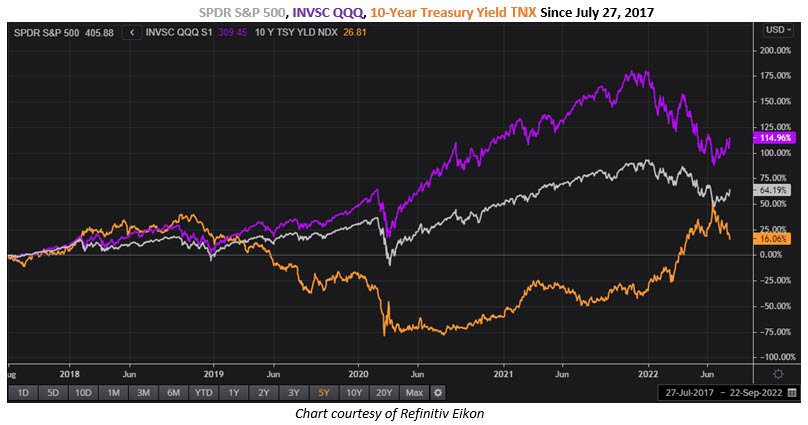 It’s noteworthy that on June 14, the day the 10-year Treasury yield hit 3.48%, the five-year return for both the TNX and SPY were identical: a +50% return. This return has since reversed, however, giving the intriguing symmetry exhibited in the chart.

Moving forward, many will be keeping a close watch on President Biden’s newest Democratic budget deal making its way through Congress. The deal, which Biden is speaking on during this writing, will cover a similar landscape of his former Build Back Better Bill, which was dismissed after Senator Joe Manchin withdrew his support in 2021.

One of the largest reasons for the buzz circling the bill that will impact climate change as well as inflation is Manchin’s sudden and shocking public support alongside Senate Majority Leader Chuck Schumer. The Senate is expected to bring it to a vote next week. With that market-moving macro event now possibly on the horizon, the direction of bond yields and tech will become an even more intriguing subject as the summer months wind down.