US Dollar Poised for Action Ahead of the Fed and GDP Event Risk. Where to for DXY? 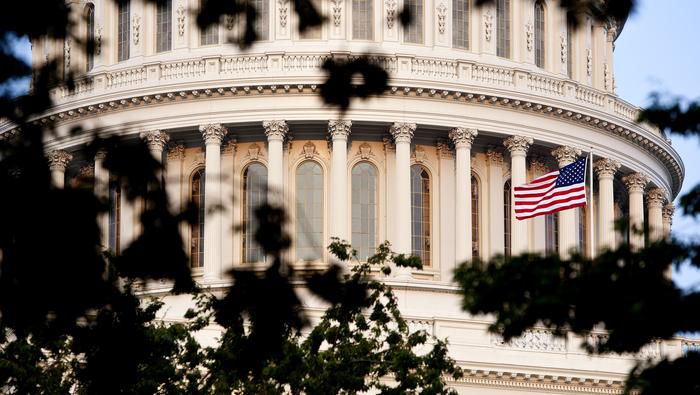 The US Dollar softened slightly on Tuesday ahead of GDP numbers and the Fed meeting this week. Some commodities got a small lift from the USD weakness.

The impending hikes from the Fed have a potential recession front of mind and second quarter US GDP on Thursday might provide some clues on the probabilities. The market is looking for 0.4% quarter-on-quarter.

President Joe Biden weighed in by saying that he doesn’t think a recession is near. Rhetoric around a ‘technical recession’ as opposed to a ‘real recession’ is emerging from some politically aligned commentators. A recession is typically regarded as two consecutive quarters of negative GDP growth.

Treasury yields are steady with the benchmark 10-year note near 2.80%.

Copper and iron ore prices have drifted higher on a soft US dollar through the Asian session. The gold price is steady near US$ 1,722 an ounce, but it might be vulnerable to Fed actions.

Chinese and Hong Kong equities are in the green, boosted by news that Alibaba will make Hong Kong their primary listing to avoid de-listing risk on US exchanges and to woo Chinese investors. Australian and Japanese stock indices were little changed.

Russia will reduce German gas supply via the Nord Stream pipeline to about 20% of capacity from Wednesday morning. Gazprom have cited a maintenance requirement as the reason, but Germany have said that they can operate the pipeline without the part in question. The politicising of gas supply is being interpreted as increasing uncertainty in the market.

Crude oil has added to Monday’s gains as result, with the WTI futures contract posting a high above US$ 98.50 and the Brent contract visiting north of US$ 108 at one stage in the Asian session.

The Norwegian Krone has gained on Tuesday, but other currencies are stable so far.

Looking ahead, the US will see Conference Board consumer confidence data and new home sales figures.

After making a 20-year high 12-days ago, the USD index has steadily declined, with narrowing daily ranges.

It has moved below the 10- and 21-day simple moving averages (SMA) but remains above all other SMAs of longer duration. This may indicate that underlying longer term bullish momentum is intact but short-term momentum might be less directional.