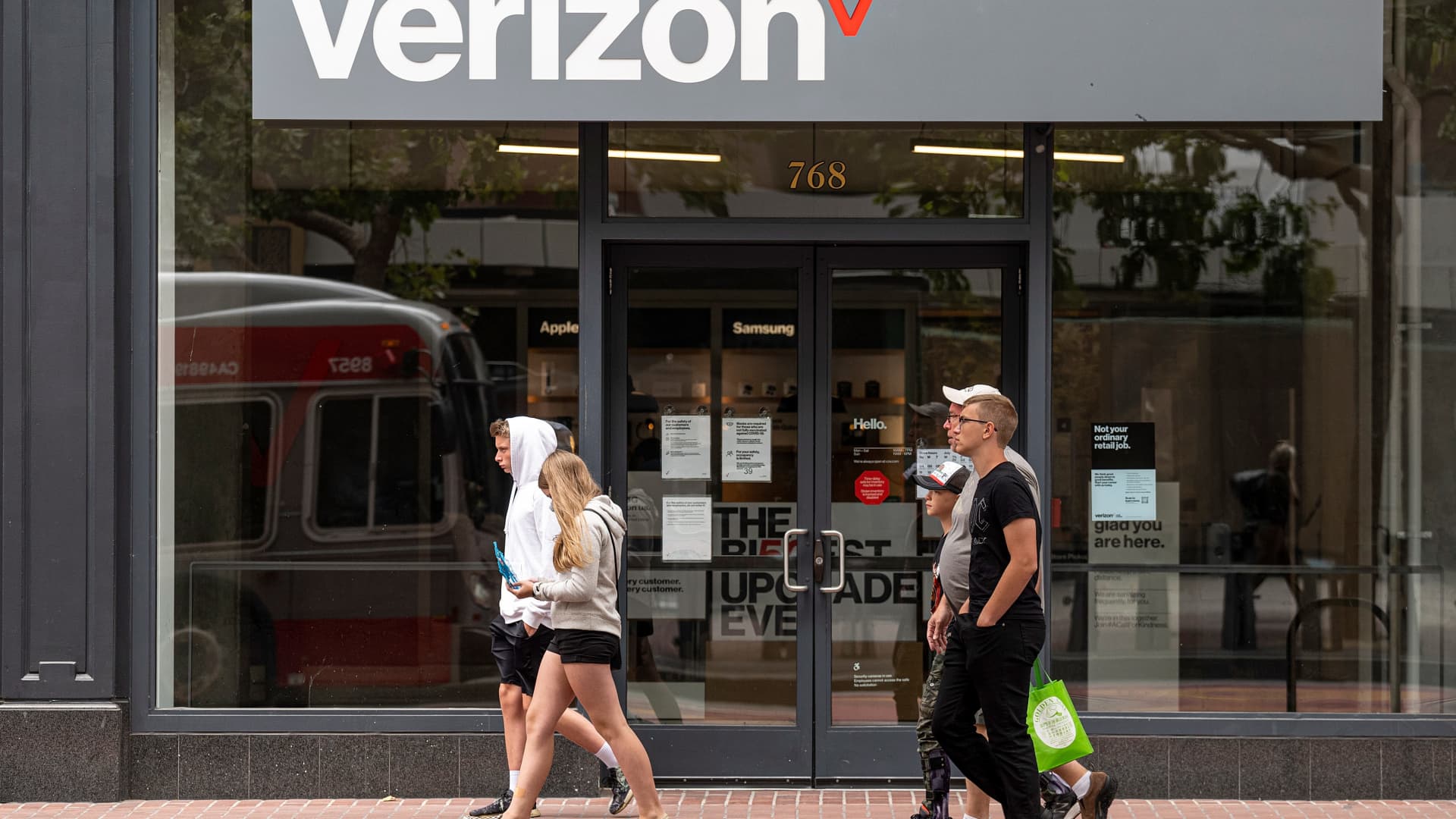 Shares of Verizon fell Friday after the company reported second-quarter earnings that fell shy of expectations and trimmed its financial forecast for the year.

“Although recent performance did not meet our expectations, we remain confident in our long-term strategy,” Verizon CFO Matt Ellis said in a release.

Verizon’s quarterly results came after AT&T on Thursday said its cash flow in the second quarter was hurt by factors including customers waiting longer to make their phone payments.

In its updated guidance, Verizon said it now expects wireless service revenue to increase 8.5% to 9.5%, down from its earlier expectations for growth of 9% to 10% for the full year. Service and other revenue is now expected to be down 1% to flat. It previously said it expected that revenue to be flat.

For its second quarter, Verizon said it added 12,000 net retail phone subscribers who pay a monthly bill, far below the 144,000 estimated by StreetAccount. To address budget-conscious consumers, the company said it launched an unlimited wireless plan last week.

Verizon also said its quarterly cash flow was hurt by increased inventory and that operating income in its consumer segment was hurt by higher promotional activity.

For the three months ended Jun 30, Verizon reported revenue of $33.79 billion, which was relatively flat from the year-ago period. Analysts were anticipating revenue of $33.75 billion, according to Refinitiv.

Adjusted earnings were $1.31 per share. That was a penny shy of the $1.32 analysts expected, according to Refinitiv.