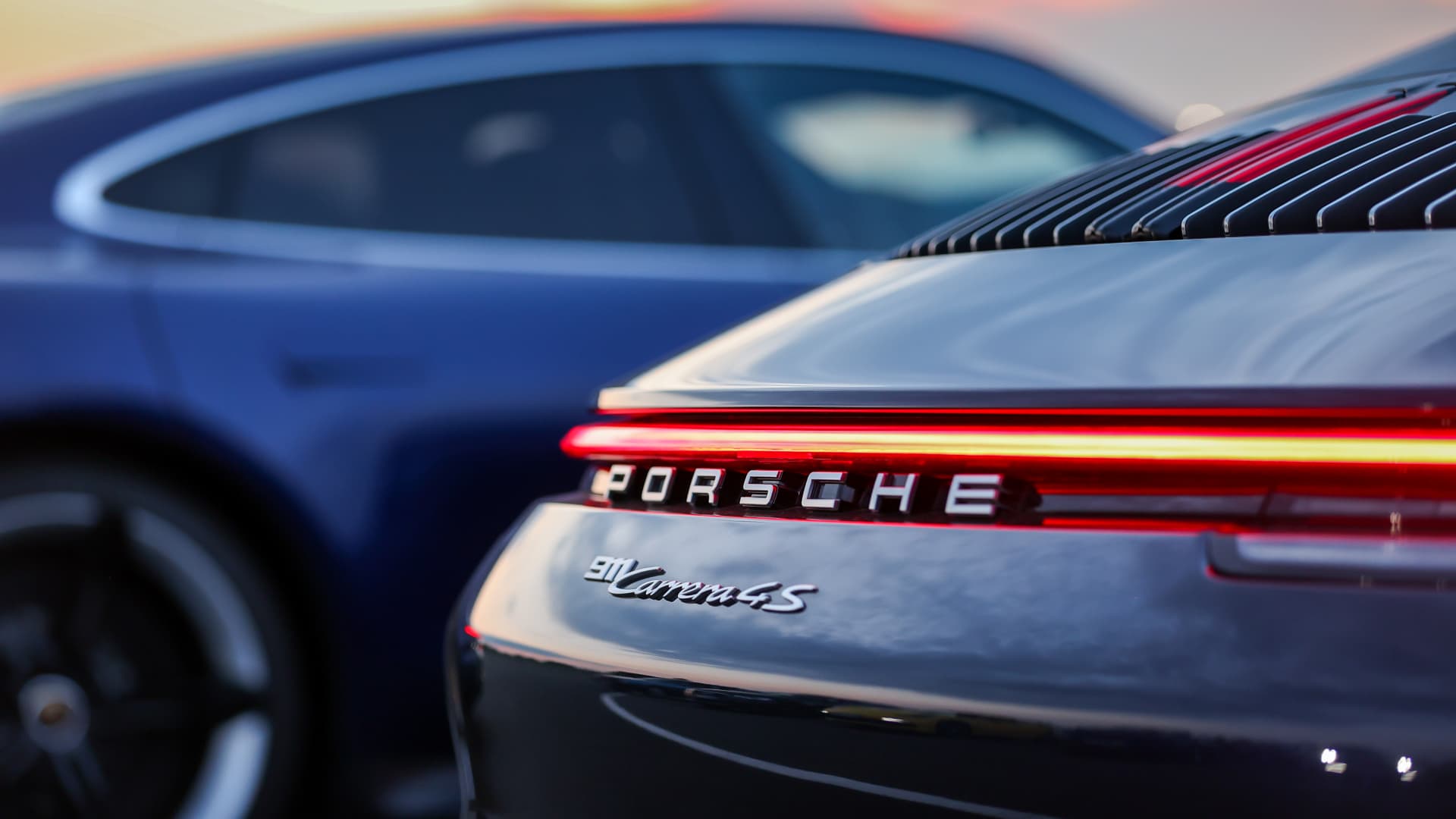 A Porsche 911 Carrera 4S stands in the evening light in a drive-in cinema on the circuit of the Leipzig Porsche factory.

Volkswagen on Monday announced its intention to float sports car brand Porsche, triggering what could become one of the world’s largest listings even as record inflation and a Russia-Europe energy standoff has sent European stocks tumbling.

The carmaker published a so-called intention to float for an initial public offering in late September or early October to be completed by the end of the year, but added the listing and timing was “subject to further capital market developments.”

Sources close to the negotiations told Reuters earlier on Monday that Volkswagen may extend the four-week period for buyers to express interest, or pull its plans altogether, should investors not show enough enthusiasm to make the move worthwhile.

“It would be the technical go-ahead, nothing more,” one of the sources said ahead of the decision. “It’s paving the way, but this would not guarantee that the stock market bell will ring in the end.”

Investors expect a valuation between 60 billion and 85 billion euros ($60 billion to $85 billion). While the Porsche brand is strong, valuations of other luxury carmakers such as Aston Martin and Ferrari have fallen.

At the high end of estimates, the IPO could be among the largest in German history and the biggest in Europe since 1999, Refinitiv data showed.

Qatar will be a cornerstone investor intending to commit to a 4.99% stake in the newly listed company.

Preferred shares will also be offered to retail investors in countries in Europe including France, Spain and Italy, an attempt to tap into Porsche’s loyal fan base.

Volkswagen also approved a 25% plus one share of ordinary shares in Porsche AG to be sold to Porsche SE, giving the controlling Porsche and Piech families a blocking minority and bolstering their push for a tighter leash on the carmaker.

Volkswagen said an IPO would be a significant step in the transformation of the company as it aims to build out its software and electric vehicle offering.

Porsche’s status as a luxury brand able to bump up prices makes it a moneymaker for the Volkswagen Group. Its operating profit jumped 22% in the first half of this year, in contrast to an 8% fall at the mass market-oriented Volkswagen brand.

But some investors say with European shares on a downward spiral, inflation at record highs and Russia halting gas supply, it is a dangerous time for a stock market debut.

Insisting on the listing even amid such market turbulence is exclusively in the interests of the Porsche and Piech families desire for greater control, Hendrik Schmidt, governance expert at Volkswagen investor DWS, said.

If the initial public offering is successful, Volkswagen will convene an extraordinary general meeting in December to propose a special dividend of 49% of the proceeds to shareholders to be distributed in early 2023.

Analysts at Stifel said: “VW should work on its timing: the plan to IPO was announced the very same day Russia invaded Ukraine, the ‘Intention to Float’ comes out exactly when Russia stops supplying gas to Germany.”

Germany’s car association expects a 4% drop in passenger car deliveries in Europe this year, with the hoped for post-pandemic recovery yet to emerge.