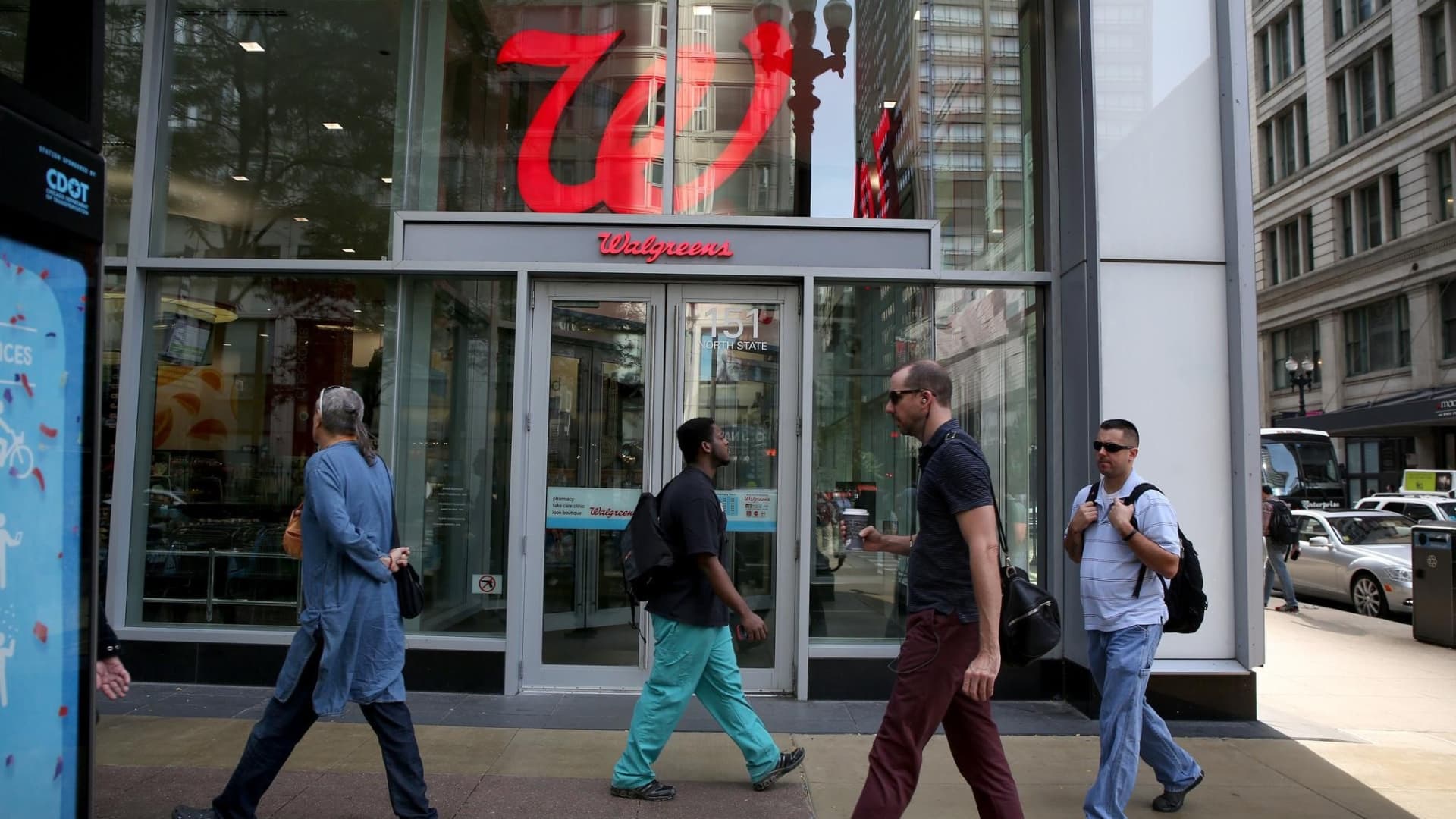 Walgreens Boots Alliance on Thursday said its quarterly sales declined and profits got hit by waning Covid-19 vaccination demand, heavy investments in its health-care business and an opioid settlement with Florida.

The drugstore chain stood by its full-year forecast, saying it expects adjusted earnings per share to grow by the low single digits. It pointed to rebounding store traffic and more online traffic. And it said investing in health care, such as opening doctor offices at stores, will pay off in the future.

With inflation hitting consumers’ wallets, CEO Roz Brewer said Walgreens is working with suppliers to make sure it has lower prices than competitors. She said Walgreens has historically seen stable prescription trends in an economic downturn.

“There’s a shift in calculus due to food and fuel inflation, but health and wellness will always be a priority,” she said on a call with analysts.

Plus, the company’s drugstores’ locations — which are a short walk, bus ride or drive from many customers — give Walgreens an edge as gas costs more, she said.

Here’s what the company reported compared with what analysts were expecting for the three-month period ended May 31, based on Refinitiv data:

In the quarter, net income fell to $289 million, or 33 cents per share, from $1.2 billion, or $1.38 per share, a year earlier. The sharp decline reflected a $683 million charge related to its opioid settlement with the state of Florida, a decline in U.S. pharmacy sales as it lapped a high volume of Covid vaccinations a year ago and investments in its expanding health-care business.

Walgreens has increased sales during the pandemic as customers turned to its stores for Covid vaccines and tests. That demand is fading, pushing the company to drive growth in other ways.

That’s slightly higher than the 34.6 million vaccinations it administered last fiscal year, when vaccines were limited because they were being delivered first to nursing homes and long-term care facilities.

Even as Walgreens faces other challenges including high inflation, Kehoe said Covid remains the biggest unknown that will shape the drugstore’s performance.

Health care has become a major push, with Walgreens striking a deal with VillageMD to open hundreds of doctor offices at its stores. More stores are also getting Health Corners, spaces staffed by nurses and pharmacists who can consult with patients and help them manage chronic conditions.

Walgreens has expanded online options, such as curbside pickup and delivery, to try to keep customers from buying toothpaste, soap and other items from online players like Amazon. The company said its digital options rose 25% from a year ago, on top of 95% growth in the year-earlier period. The growth was fueled by 2.8 million same-day pickup orders, the company said.

In the U.S. and the U.K., sales in stores picked up as consumers got out and about again. Same-store sales for retail in the U.S., which includes front-of-store items like shampoo, toothpaste and more, rose 2.4%, excluding tobacco. That got a lift from the sale of at-home Covid tests and cough, cold and flu medications.

In the pharmacy division, same-store sales in the U.S. increased 2% compared with the year-earlier period — but total prescriptions dropped. That division includes vaccinations.

In the U.K, same-store sales for retail jumped 24% at Boots — largely reflecting the low sales and fewer store visits in the prior year. Same-store pharmacy sales were roughly flat, dropping 0.4%.

Earlier this week, Walgreens said it would halt plans to sell its U.K.-based Boots business. The company said in January that it was looking into strategic options for that division, including a possible sale.

Brewer said Thursday that the company spoke to several parties interested in the potential sale of Boots. But she said the company decided to hold on to the chain as global markets conditions changed.

As of Wednesday, Walgreens shares were down about 22% so far this year. Shares closed at $40.87, bringing the company’s market value to $35.3 billion.