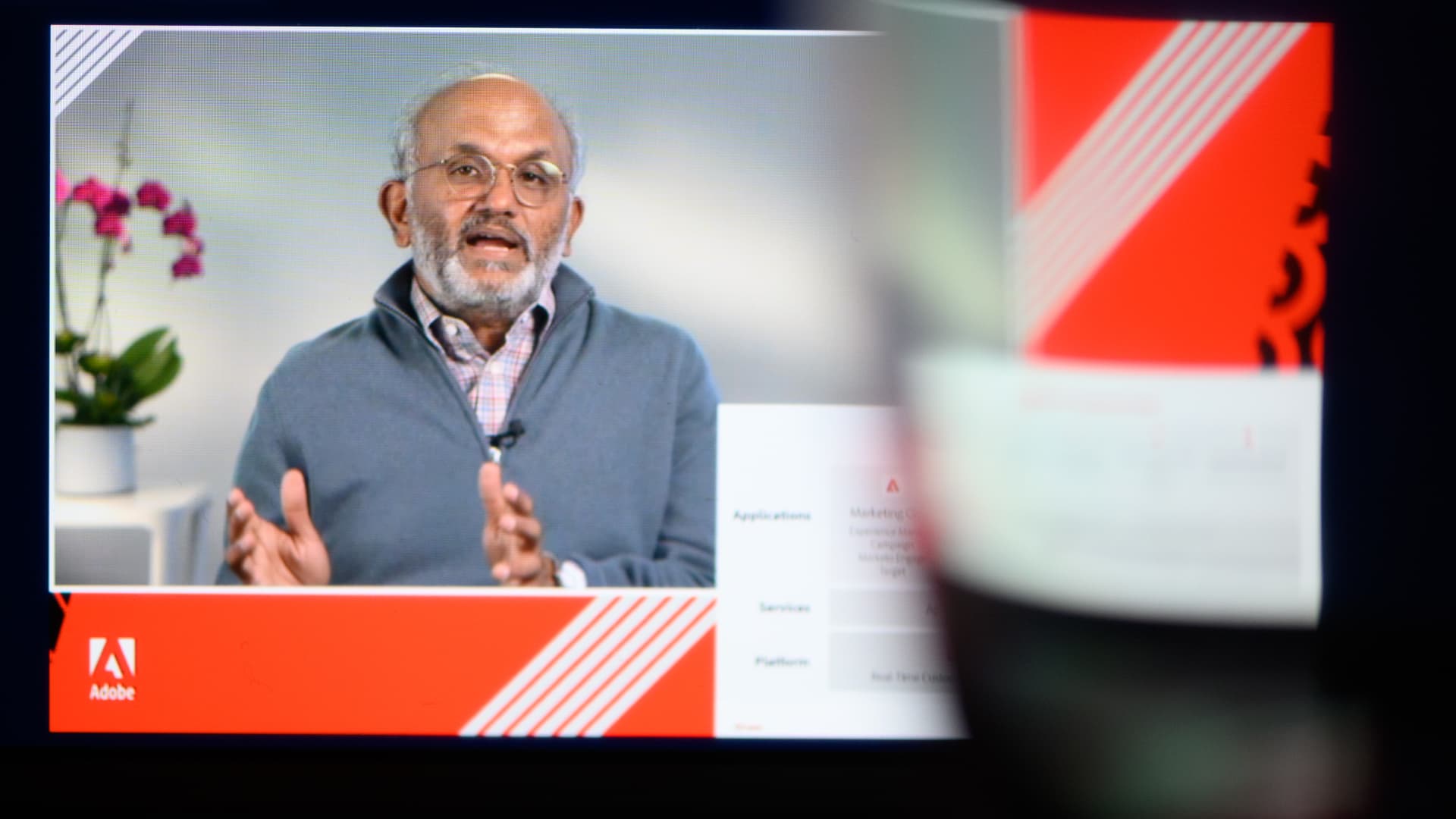 Adobe shares fell as much as 5% in extended trading on Thursday after the design software maker gave full-year guidance that fell short of analysts’ expectations.

Here’s how the company did:

The company pointed to the war in Ukraine, a $175 million foreign-exchange headwind, and summer seasonality. Microsoft and Salesforce also cited currency impact when they issued worse-than-expected projections in recent weeks. The U.S. dollar has gained strength against the euro, the Japanese yen and other currencies this year as the Federal Reserve has pushed up interest rates to stave off inflation.

The economic environment in the quarter was “uncertain,” Dan Durn, Adobe’s finance chief, said on a conference call with analysts. He said management was happy with the company’s success in talent acquisition in what he called a competitive labor market.

During the quarter ended June 3, the company’s revenue grew 14% year over year, according to a statement. Adobe’s net income in the fiscal second quarter, at $1.18 billion, was up about 6%.

Adobe’s Digital Media segment, which includes Creative Cloud and Document Cloud products, reported $3.20 billion in revenue, up 15% and more than the StreetAccount consensus estimate of $3.16 billion.

The Digital Experience business, which includes Adobe’s Experience Cloud that companies use for marketing and commerce, contributed $1.10 billion, up 17% and above the $1.08 billion StreetAccount consensus.

Adobe ended the quarter with $4.88 billion in deferred revenue, down from $5.02 billion three months earlier and below the StreetAccount consensus of $5.00 billion. It had over $5 billion in cash, cash equivalents and short-term investments. CEO Shantanu Narayen said that while Adobe doesn’t need to add anything to its portfolio, the company will be looking out for acquisition targets now that prices might be more reasonable than they were.

“I do feel, Alex, that there are going to be a number of small single product companies that are probably not going to survive what’s happening and the valuation sort of multiple changing is actually, I think, good for a larger company like Adobe,” he said.

Notwithstanding the after-hours move, Adobe shares are down about 36% since the start of the year, while the S&P 500 index is down 23% over the same period.