Amazon is starting to deliver packages with Rivian electric vans 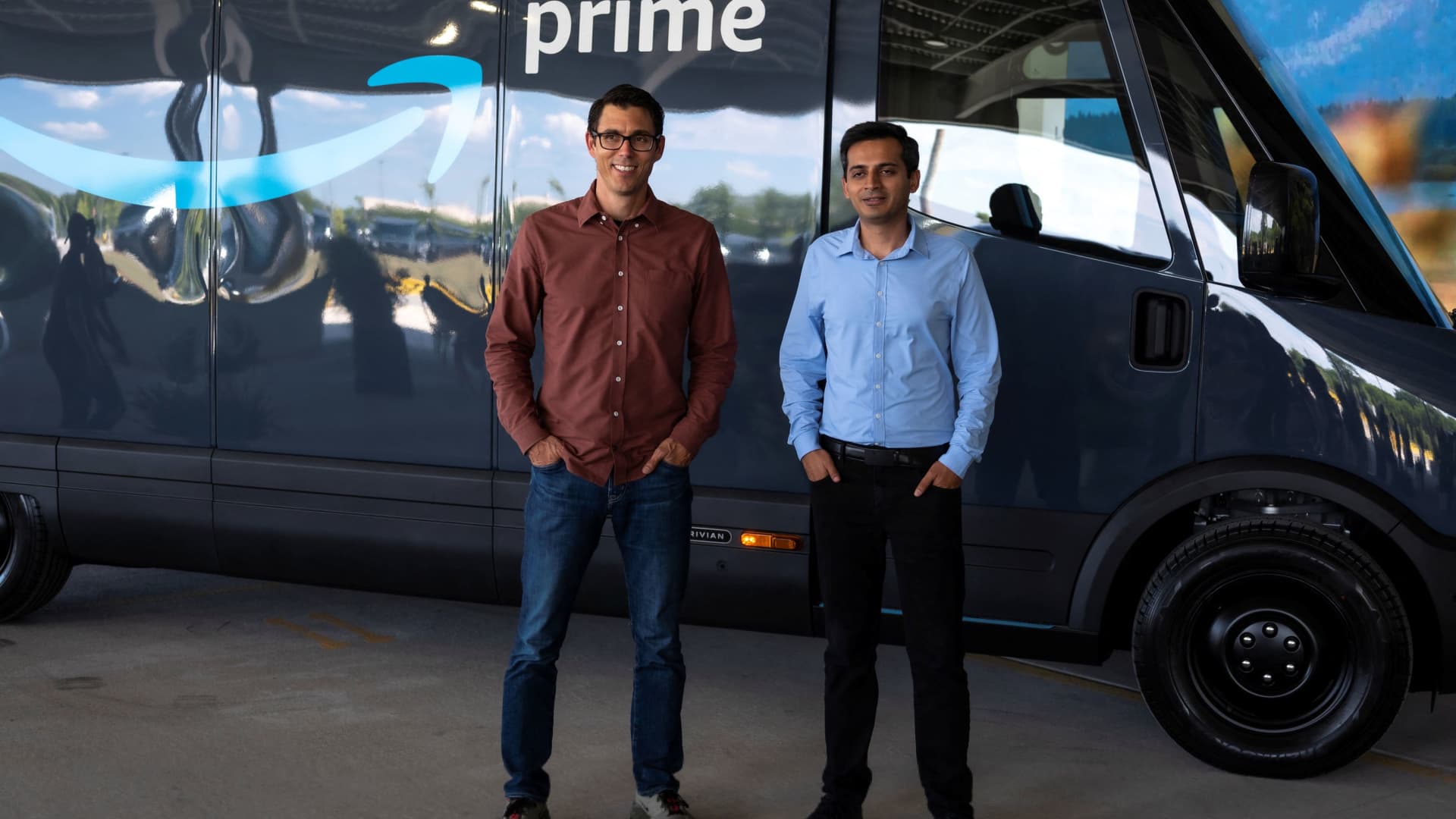 Amazon is beginning to roll out some of the electric delivery vans that it developed with Rivian Automotive, the companies announced Thursday.

In September 2019, Amazon founder and then-CEO Jeff Bezos stood on stage at the National Press Club in Washington, D.C., to announce that the company had purchased 100,000 electric vehicles from the startup as part of its ambitious push to achieve net-zero carbon emissions across its operations by 2040.

Amazon debuted a version of the van in October 2020, and then tested the vehicles in a number of cities throughout 2021. Now, Amazon says it will use the electric vehicles to make deliveries in a handful of cities, including Baltimore, Chicago, Dallas, Kansas City, Nashville, Tennessee, Phoenix, San Diego, Seattle and St. Louis, among others.

Amazon said it expects to have “thousands” of Rivian vans in more than 100 cities by the end of this year, the first step toward its goal of having 100,000 electric delivery vehicles on the road in the U.S. by 2030.

“Fighting the effects of climate change requires constant innovation and action, and Amazon is partnering with companies who share our passion for inventing new ways to minimize our impact on the environment,” Amazon CEO Andy Jassy said in a statement. “Rivian has been an excellent partner in that mission, and we’re excited to see our first custom electric delivery vehicles on the road.”

Amazon oversees a mammoth shipping and logistics network, and much of its delivery operations are in-house. As part of that, it increasingly relies upon an sprawling army of contracted delivery companies to ferry packages to customers’ doorsteps, which primarily use dark blue Amazon-branded vans that burn fossil fuels.

The Rivian rollout has faced some challenges. Last November, Amazon delivery drivers charged with testing the vehicles claimed the vans’ battery drained quickly when heating or cooling was on, threatening the vehicle range, and alleged the battery takes an hour to recharge, according to The Information. An Amazon executive told the outlet that the vehicles would have a range of 150 miles, more than enough for many delivery routes.

In May, Rivian filed a lawsuit against a supplier of seats for delivery vans ordered by Amazon, spurring concerns that it could delay the vans, The Wall Street Journal reported.

Rivian has faced a series of challenges in ramping up production of its own R1T and R1S electric vehicles. The company cut its 2022 production forecast in half in March, to just 25,000 vehicles including Amazon’s vans, amid supply chain constraints and early issues with its assembly line. It reiterated that forecast earlier this month. Rivian will report its second-quarter results on August 11.

Amazon, which has backed Rivian through its Climate Pledge Fund, says it remains committed to creating a more sustainable delivery fleet. To support the electric vans, Amazon has added thousands of charging stations at its delivery depots in the U.S.

Amazon has tapped other automakers besides Rivian to electrify its fleet. In January, Amazon said it would buy thousands of electric Ram vans from Stellantis, and it has also ordered vans from Daimler’s Mercedes-Benz unit for package deliveries.