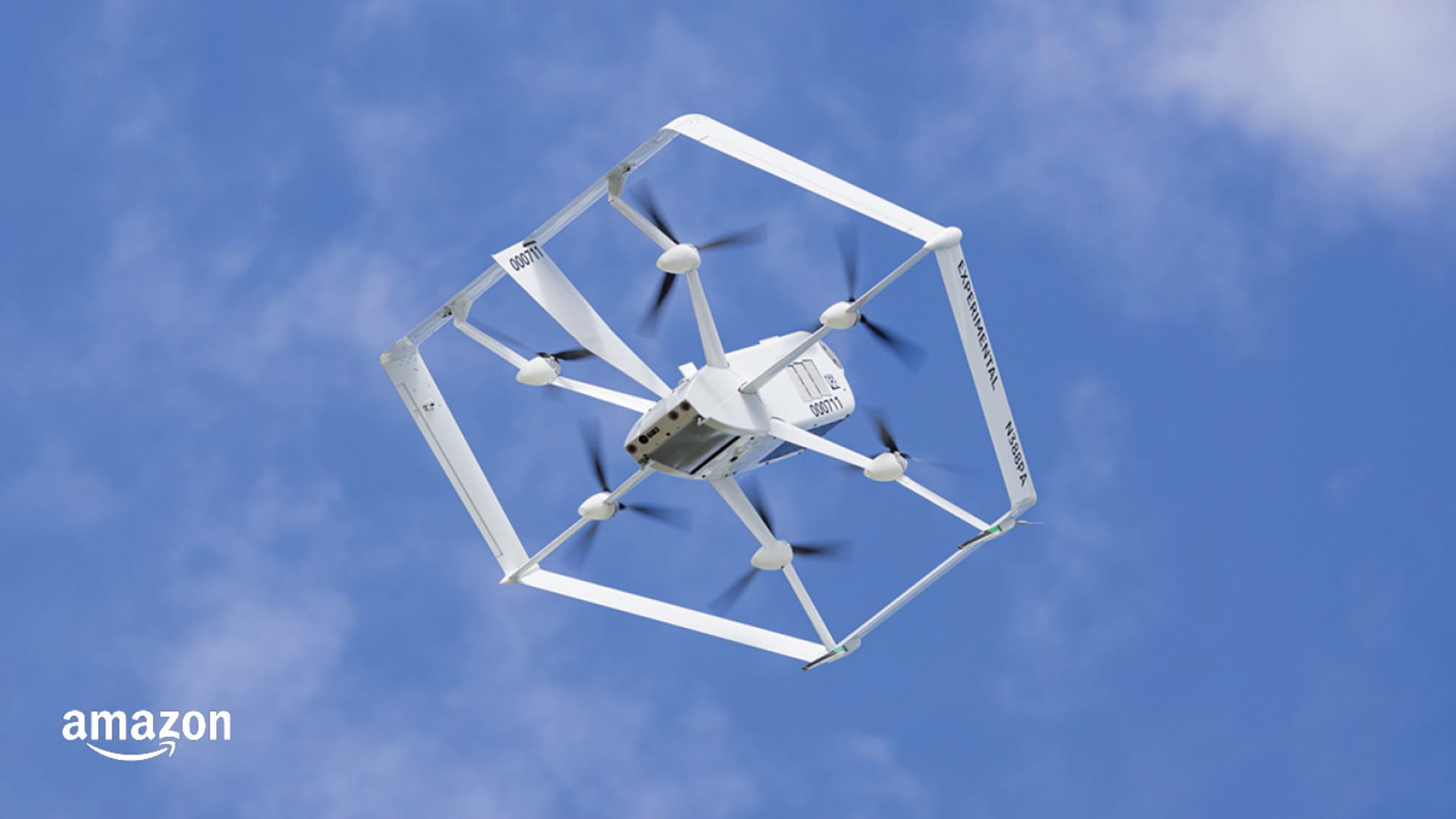 Amazon said Friday it will begin delivering packages to shoppers by drone in College Station, Texas, later this year.

The eastern Texas town is the second location to see the launch of Prime Air drone deliveries. Last month, Amazon announced it would deliver some packages by drone later this year in the Northern California town of Lockeford.

Amazon said it will work with Texas A&M University, located in College Station, to deploy the drones. Amazon shoppers in Lockeford and College Station will be able to receive free drone delivery on thousands of everyday items, Amazon said.

The company said its drones are capable of delivering packages up to five pounds in less than an hour. Prime Air drones can fly up to 50 miles per hour and up to an altitude of 400 feet, Amazon said.

Its drones fly to a designated delivery location, descend to the shoppers’ backyard, and hover at a safe height, the company said. The device releases the package, rises back up to altitude, and returns to base, Amazon said.

Amazon’s drone delivery program has been slow going since 2013 when founder and then-CEO Jeff Bezos said the company was testing the technology and promised that half-hour shipping with Prime Air drones would arrive as soon as 2018.

In the years since, Amazon has made some progress on the effort, debuting an updated version of its Prime Air delivery drone in 2019 at its re:MARS conference in Vegas. At the time, Jeff Wilke, who was Amazon’s consumer boss, proclaimed drones would be used “within months” to deliver packages.

But the drone delivery program has also reportedly experienced some setbacks, such as high turnover, and numerous crashes, including one that caused a 20-acre brush fire in eastern Oregon. An Amazon spokesperson didn’t immediately respond to a request for comment on retention in its drone delivery team and reports of crashes.

Amazon reached a key milestone in August of 2020 when the Federal Aviation Administration gave it approval to operate its fleet of Prime Air delivery drones.

WATCH: Amazon gets FAA approval to operate a fleet of delivery drones