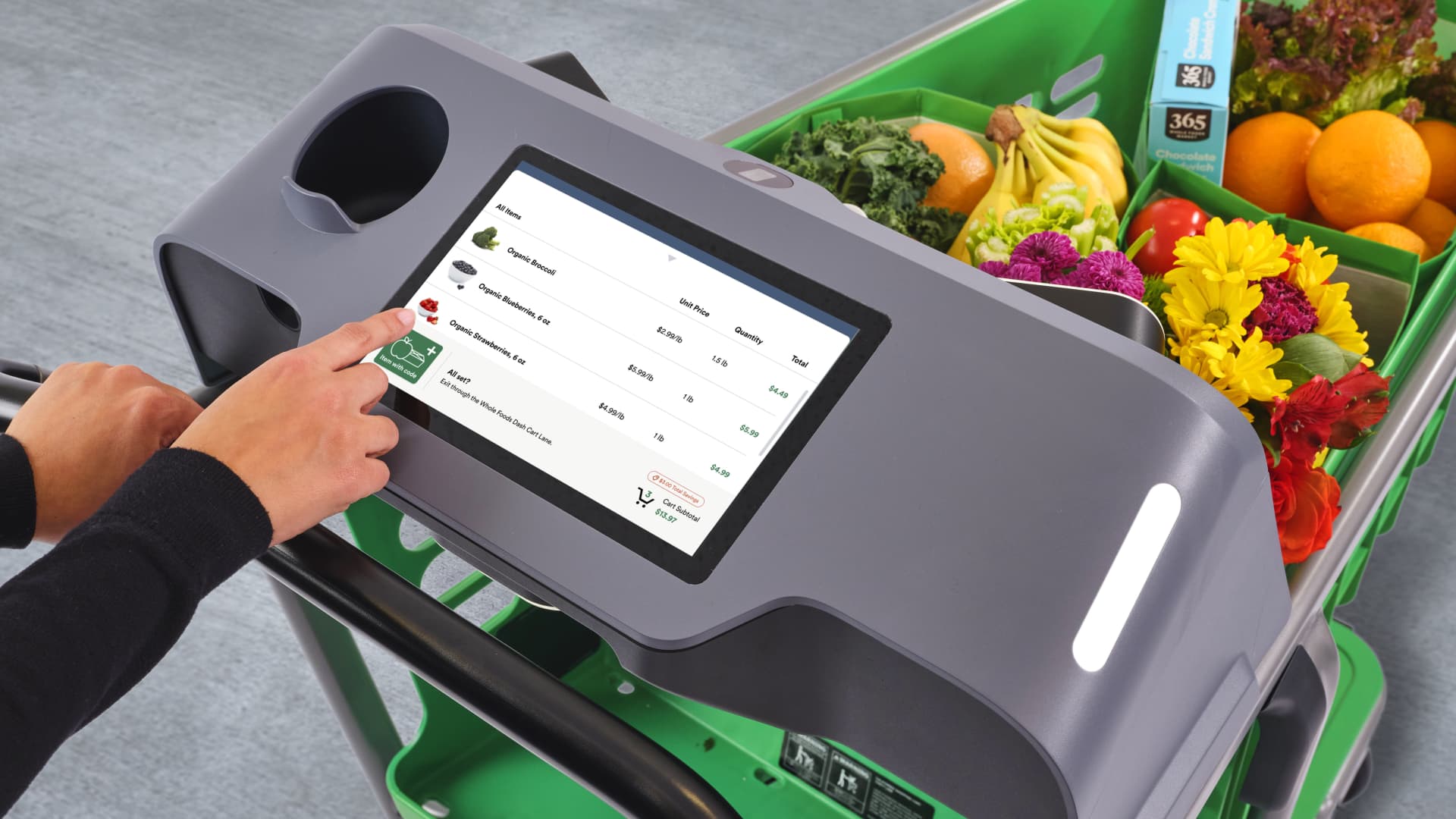 Amazon is expanding its smart shopping carts to a Whole Foods store in Massachusetts, the company said on Monday.

Amazon will initially roll out Dash Carts at a Whole Foods in Westford, Massachusetts, northwest of Boston, in the coming months, before launching the technology at additional locations.

The carts enable users to skip the checkout line by tracking and tallying up items as they’re placed the cart. Amazon launched the Dash Cart in September of 2020 at its Fresh grocery stores.

The carts build on Amazon’s “Just Walk Out” cashierless technology first deployed in Amazon Go convenience stores. They use a combination of computer vision and sensors to identify items as they’re placed in bags inside the cart. As shoppers add and remove items, a display on the cart adjusts the total price. Shoppers exit the store through a special lane, and Amazon automatically charges their credit card.

In addition to bringing the technology to Whole Foods, Amazon is also launching a new and bigger version of the Dash Cart, which will debut in the Massachusetts Whole Foods store, and then launch in additional locations, as well as some Fresh grocery stores. The company said the upgraded cart will be able to fit up to four grocery bags, instead of two, and will have a lower shelf for oversized products.

The carts are also “weather resistant” so users can drop off groceries at their car. To test the technology and make sure it could withstand harsh weather conditions, Amazon baked it in an oven and put it in a “giant freezer,” said Dilip Kumar, Amazon’s vice president of physical retail and technology, in Monday’s blog post. Previously, shoppers were required to leave the carts in stores when they exited.

Amazon continues to expand its cashierless technology beyond Go stores. Last year, it introduced the Just Walk out system to its Whole Foods and Fresh stores, and it began selling the technology to third parties in 2020.