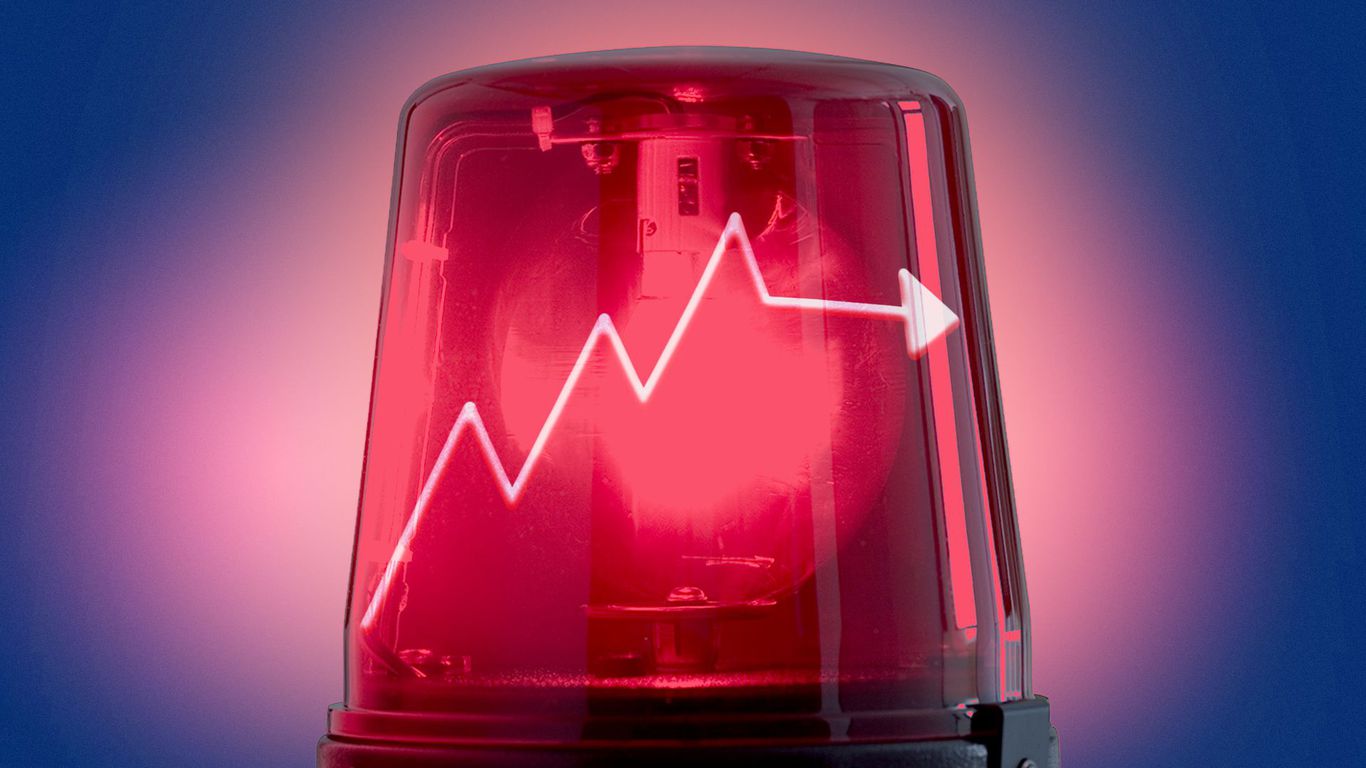 Much of this week has been spent talking about the “r” word. A more precise description of where things stand is the “s” word: stagflation.

Why it matters: The latest data on wages and inflation, combined with last quarter’s contraction, point to a mix of flat growth paired with persistently high inflation.

That wasn’t the only troubling news on the inflation front: The Fed’s preferred gauge of inflation, which strips out food and fuel costs, reaccelerated — even more than economists expected.

That brings us to the stagflation risk. Here’s a possible tell-tale sign: Core PCE rose 1.3% last quarter, or a 5.2% annualized pace.

What they’re saying: “The rest of the economy might be slowing down, but wages are speeding up,” Indeed economist Nick Bunker says.

The bottom line: For all the recession discussion over the last week, the mix of flatlining growth and spiking prices goes a long way toward explaining why Americans are unhappy with the way things are going.