Analysts Weigh In on JPMorgan Chase Stock Before Earnings 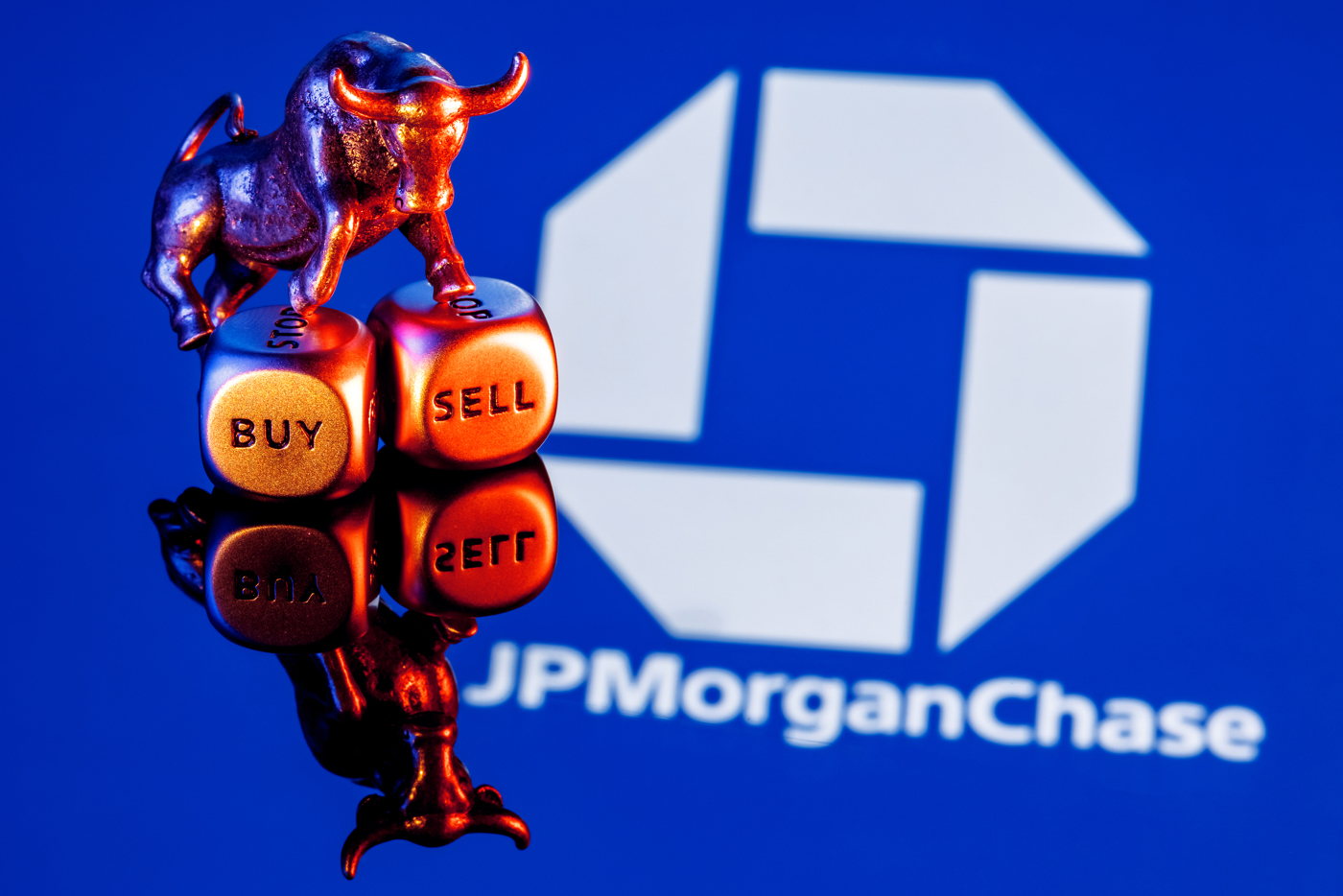 JPMorgan Chase will report second-quarter earnings and revenue on Thursday

JPMorgan Chase & Co (NYSE:JPM) is slated to take a trip to the earnings confessional before the market’s open on Thursday, July 14. The major banking name will report will report second-quarter financial results, and Wall Street is anticipating earnings of $2.90 per share. JPM has a disappointing post-earnings past, with just one of its last eight next-day sessions notching a muted 0.6% gain. Regardless of direction, JPMorgan Chase stock has averaged a 2.4% next-day return, which is lower than the 5% swing options players are pricing in this time around.

Ahead of the event, at least two analysts have already chimed in with price-target cuts. Specifically, UBS dropped its price objective to $134 from $197, while Citigroup slashed its price target to $135 form $145. Meanwhile, the 12-month consensus target price of $145.04 is a 27.3% premium to current levels, and 10 out of 16 covering brokerages rate JPM a “buy” or better versus six that say “hold” or worse.

The stock was last seen marginally higher, up 0.8% to trade at $113.77. It’s been a rough couple of weeks for the security overall, with just two positive sessions in the last 10. The 80-day moving average has weighed on JPMorgan Chase stock all year, most recently capping an early-June rally near the $132 area. Year-to-date, JPM is down 28%. 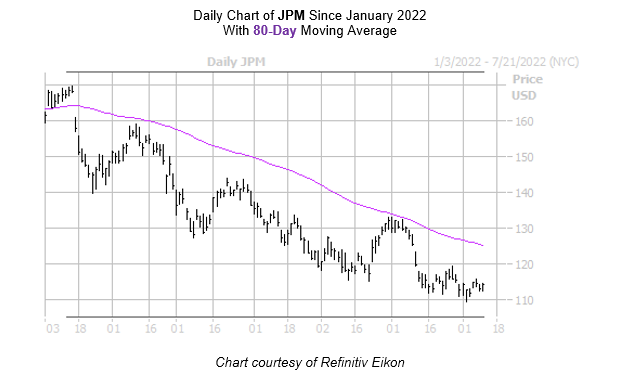 While calls are still outnumbering puts overall, there has been an uptick of bearish activity in JPM’s options pits. This is per the stock’s 50-day put/call volume ratio of 0.55 at the International Securities Exchange (ISE), Cboe Options Exchange (CBOE), and NASDAQ OMX PHLX (PHLX), which sits higher than 85% of readings from the past year. In other words, there’s been a healthier-than-usual appetite for puts lately.