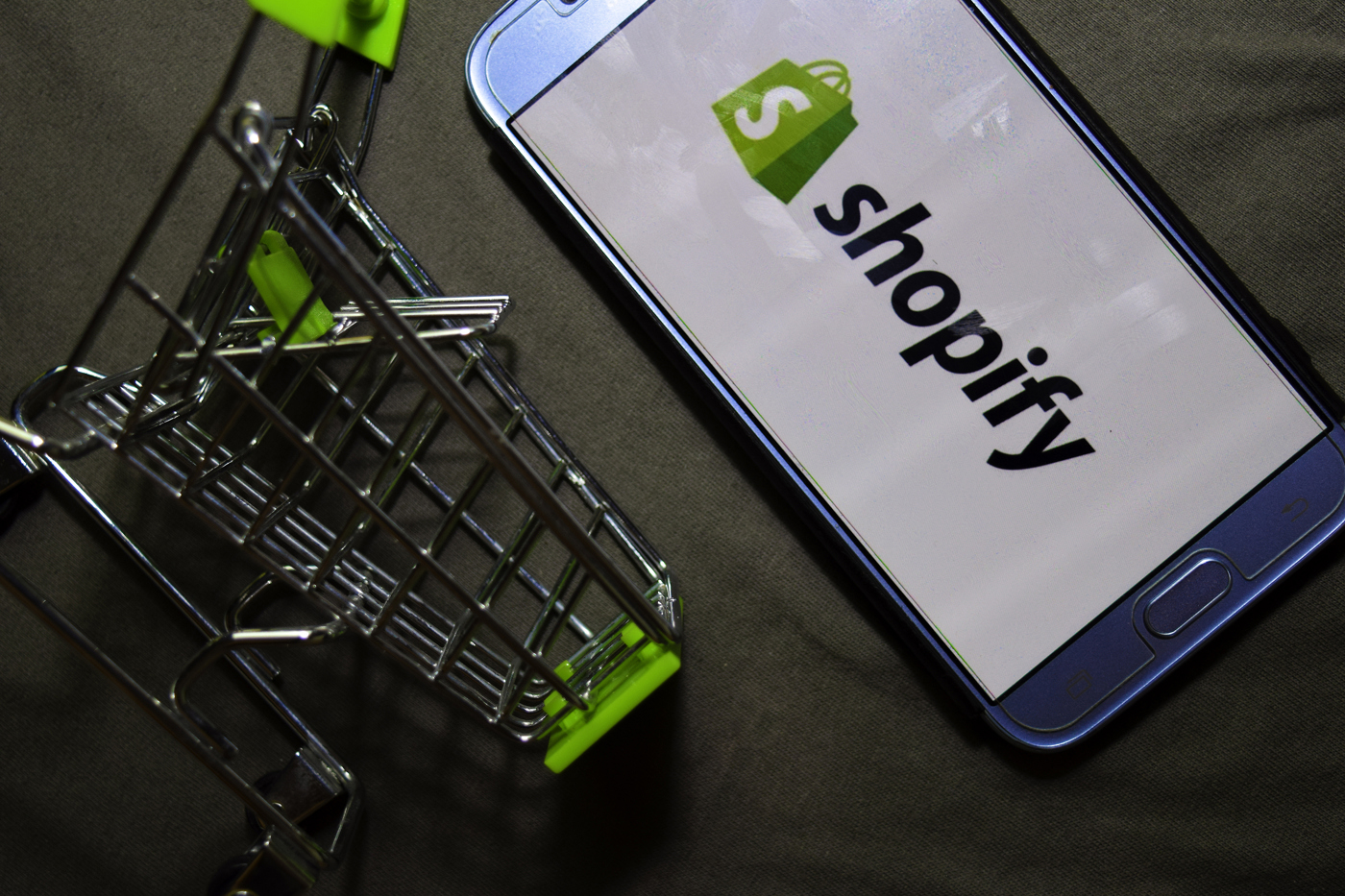 Shopify Inc (NYSE:SHOP) is down 9.7% to trade at $32.13 at last glance, as the e-commerce name succumbs to pressure on the tech sector today. SHOP’s 10-for-1 stock split went into effect on June 28, and traders are considering whether or not the underperforming security has hit a bottom. Amid the stock split news, Shopify stock has seen a surge in options activity.

More specifically, SHOP appeared on Schaeffer’s Senior Quantitative Analyst Rocky White’s list of names that have attracted the highest weekly options volume within the past two weeks. Per this data, 1,547,491 calls and 835,138 puts exchanged hands in this two-week period. The most popular contract in this time was the 7/8 35-strike call. 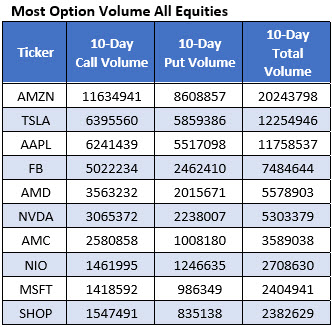 On the charts, the stock has been middling between the $30 and $40 levels since mid-May, though it did secure a July 5, two-year low of $29.72. The 50-day moving average has pressured shares lower for most of the year thus far, though the security’s relative strength index (RSI) of 19.6 stands firmly in “oversold” territory, meaning a short-term bounce is overdue. Year-to-date, SHOP is down 76.6%. 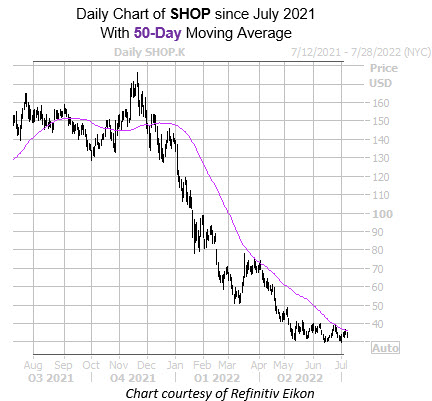 For those looking to weigh in, options look like a good move at the moment. According to its Schaeffer’s Volatility Scorecard (SVS) tally of 85 out of 100, Shopify stock has consistently realized bigger returns than options traders have priced in over the last 12 months.