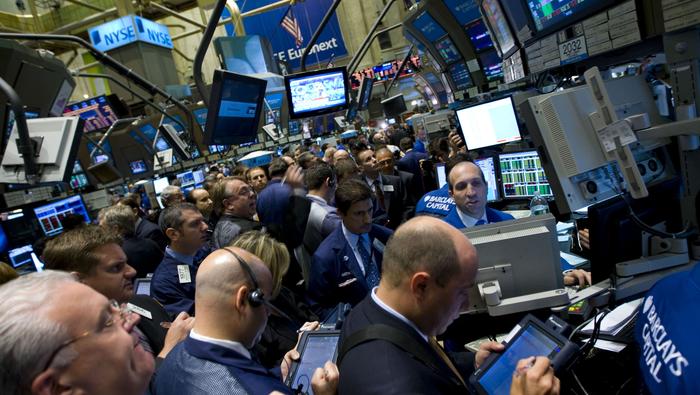 Most Read: US Inflation Eases to 8.5% as Gas Prices Slump, Fed’s Hawkish Outlook in Question

U.S. stocks surged on Wednesday on bullish market sentiment after CPI results surprised to the downside, easing the Federal Reserve’s burden to continue to front-load hikes aggressively in the coming months. At the closing bell, the S&P 500 jumped 2.13% to 4,210, ending a three-day losing streak and hitting its highest level since May 5th. The Nasdaq 100, meanwhile, outperformed its Wall Street peers, soaring 2.85% to 13,378, supported by broad-based strength in the technology sector amid lower U.S. Treasury yields.

The mood brightened earlier in the day following the release of the latest consumer price index report. According to the data, headline inflation in July eased to 8.5% y-o-y from 9.1% in June, two-tenths of a percent below expectations, a sign that price pressures are starting to moderate more quickly than initially anticipated.

Although the directional improvement is welcome, inflation remains more than four times above the central bank’s target, leaving policymakers little leeway to embrace a dovish stance. While a policy pivot may not yet be in the cards, it is possible the FOMC could lift borrowing costs less forcefully going forward. In fact, the likelihood of an outsized 75 bp hike at the September meeting has decreased significantly, with traders now leaning toward a 50 bp move, according to the CME’s FedWatch Tool (see below).

With the markets now pricing in a slightly shallower tightening path and signs that the U.S. economy is holding up well despite being hit from all angles, sentiment could continue to stabilize in the near term, allowing stocks to extend their rebound, especially those in the most downtrodden areas of tech and growth. In this environment, the S&P 500 and Nasdaq 100 may be well-positioned to build on recent gains over the coming weeks.

Another variable that could bolster risk assets is lower volatility. With the VIX trading below the 20-handle and at its lowest level since early April, conservative investors, who have stayed on the sidelines in recent months to escape the bloodbath on Wall Street, could begin to jump back in, deploying more capital into equities in their attempt to capture some upside. This could reinforce the recovery bias.

After Wednesday’s powerful rally, the S&P 500 broke above a key ceiling around the 4,175 area and notched its best close in more than three months. With sentiment on the mend and bullish momentum still strong, the equity index could soon challenge the 50% Fibonacci retracement of the 2022 decline at 4,232.

On further strength, the focus shifts higher to channel resistance near the psychological 4,300 level. On the flip side, if sellers regain control of the market and trigger a bearish reversal, initial support appears at 4,175-4,160. If this floor is invalidated, traders should brace for the possibility of a pullback towards 4,065.