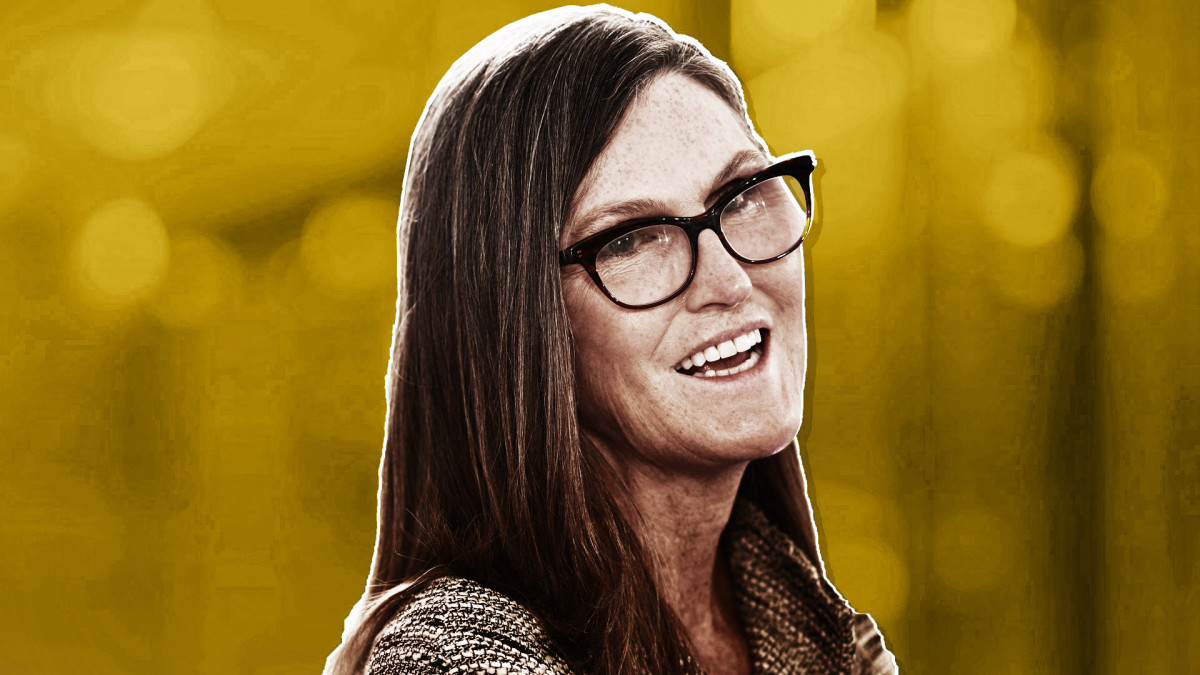 The Fed is making a mistake in continuing to raise interest rates, she said in an Ark webinar.

Wood cited multiple indicators that she said support her view about deflation.

As for Wood’s favorite data, first, money-supply growth has started to dip and could turn negative, she said. The last time that happened was in the depression of the 1930s.

An inverted yield curve happens when short-term bond yields are higher than long-term yields. The two-year Treasury yield recently stood at 3.05%, compared to 2.97% for the 10-year yield.

The fact that the 10-year Treasury itself can’t definitively break above 3% points to deflation, Wood said. “Investors who should be the most sensitive to inflation” don’t see it as a problem, she said.

The dollar’s strength also is depressing inflation, as investors around the world flee geopolitical and economic problems elsewhere, Wood said. “There’s a flight to safety.”

A strong dollar limits inflation by making U.S. imports cheaper in dollar terms. The Bloomberg Dollar Spot Index has surged 13% over the past year.

In other markets, oil prices have slumped 20% in the past month, and gold has slid 8%. Gold is “one of the most reliable inflation indicators out there,” Wood said. “Any market says we’re already in recession.”

“All these catalysts should give the Fed pause or cause a reversal in policy,” Wood said. “Something will break if they keep following” the present path.

Of course, all this is good for the disruptive tech companies in which Ark invests, Wood said. “There are a lot of problems to solve, and innovation solves problems.”

As Ark funds have tumbled in recent months, Wood has defended her strategy by noting that she has a five-year investment horizon.

And the five-year track record of Wood’s flagship Ark Innovation ETF ARKK could have given investors comfort up to May 9. The fund’s five-year return beat that of the S&P 500 until then.

But the five-year annualized return of Ark Innovation totaled 10.26% through July 11, lagging the S&P 500’s 11.69% return, according to Morningstar.