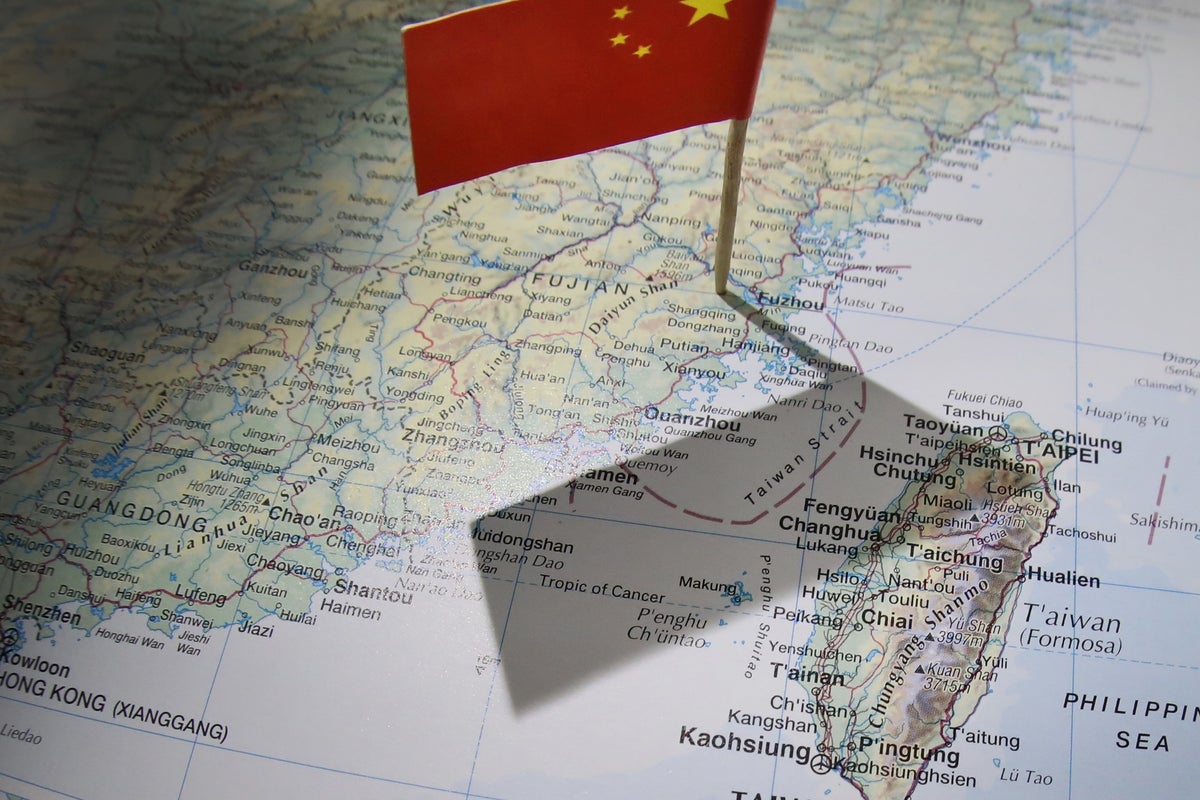 Amid mounting tensions between Taiwan and China, about 10 warships from each country were sailing close to the median line, an unofficial buffer separating the two sides.

What Happened: Ahead of the scheduled end of four days of China’s largest military exercise near the Taiwan Strait, Chinese and Taiwanese warships played high seas “cat and mouse” on Sunday, according to Reuters, which cited a person with knowledge of the matter.

As Chinese vessels reportedly “pressed” the media line, the Taiwanese forces stayed close to monitor and, where possible, denied the Chinese the ability to cross.

“The two sides are showing restraint,” he said, describing the maneuvers as high seas “cat and mouse.”

The reactions from China came after U.S. House Speaker Nancy Pelosi’s visit to Taiwan last week infuriated Xi Jinping, who called it a “serious violation of the one-China principle.”

On Sunday, Taiwan’s defense ministry said multiple Chinese warships, aircraft, and drones simulated attacks on the island and its navy. It had sent aircraft and ships to react “appropriately.”

Later in the evening, the ministry added that it had detected 14 warships and 66 Chinese aircraft in and around the Taiwan Strait.

China was supposed to end its four-day drill yesterday, as previously announced. However, Chinese state-owned media later reported that the military would now conduct “regular” drills on the Taiwan side of the line. A Chinese TV commentator said the “historic task” of China’s “reunification” could be realized.