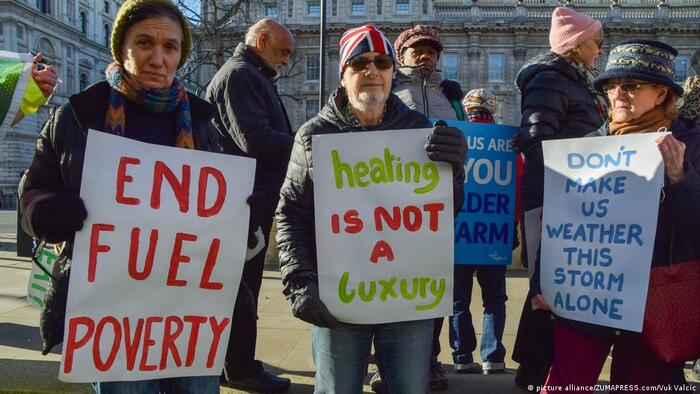 A startling new report forecasts the inflation rate in the UK could spike to 18% for the first time in nearly half a century due to surging energy costs in the upcoming winter season.

Benjamin Nabarro, the chief UK economist at Citi, told clients Monday that it expects CPI inflation to hit a mindboggling 18.6% in January due to soaring natural gas and power costs.

Nabarro predicted the retail energy price cap would be increased to £4,567 in January and then £5,816 in April, compared with £1,971 in August. Here’s what he told clients:

Our latest estimate, updated for the further 25% and 7% rally in UK gas and electricity prices last week, points to a further upside shift in UK inflation.

The last time CPI printed above 18% was during the stagflationary years of the mid-1970s (more precisely 1976) after an oil supply shock led to soaring energy prices worldwide.

Currently, the CPI stands at 10.1% in July for the first time in four decades, primarily driven by skyrocketing food and fuel prices as households crumble under the weight of the cost of living crisis.

Meanwhile, high inflation pushed the UK Misery Index, an economic indicator to gauge how the average person is doing, to three-decade highs, a sign discontent is emerging.

One of those signs is more than 100,000 people signed up to join a movement to skip out on paying their power bills beginning on Oct. 1.

💪 On our own we’re weak, but collectively we are unstoppable. We just need to find each other and do this together.

There’s also been a series of large-scale strikes as working poor demand higher wages as inflation crushes their financial well-being. The latest strike could paralyze the country’s largest containerized port this week.

Citi’s Nabarro also warned that “the risks remain skewed to the upside,” the Bank of England could raise interest rates to 6%-7% “should signs of more embedded inflation emerge.”

BOE predicted earlier this month that inflation would peak around 13% by the end of the year. Rate traders have expected interest rates to top out at about 3.5%.

Nabarro said the government could introduce a support package next month through tax cuts in an emergency budget.

If Citi is right about its inflation forecast, it will continue obliterating living standards, resulting in social instabilities.

Meanwhile, Germany’s inflation rate could surge above 10% this fall — the highest in seven decades — due to the energy squeeze, the country’s central bank chief Joachim Nagel told the Rheinische Post.

“The issue of inflation will not go away in 2023,” Nagel said, according to an official transcript from the German central bank. “Supply bottlenecks and geopolitical tensions are likely to continue.”

He said the German central bank predicted in a June forecast that 2023 inflation would reach 4.5%, though he now believes the rate would be steady above 6%.

“As the energy crisis deepens, a recession appears likely next winter,” Nagel warned.

Europe is on the cusp of a dark winter of high inflation, energy shortages, and stagflation, a toxic cocktail that could send some EU member countries into recession while their respective central banks continue to hike rates to quell inflation — this in itself is policy error.