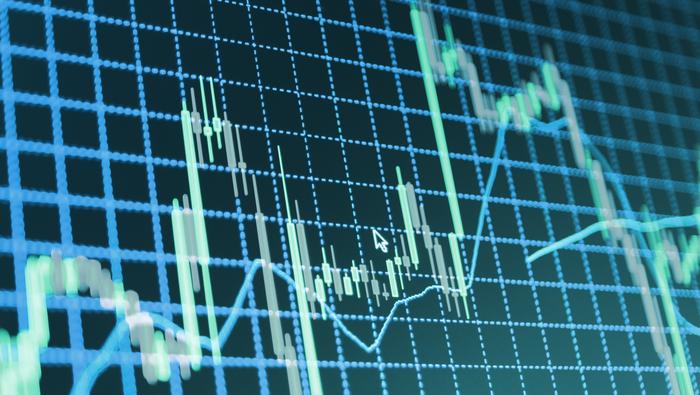 The DAX traded lower in European trade as it struggled to hold onto yesterday’s post FOMC gains.Investors weighed both the latest batch of company results and a second 75 basis point rate hike by the U.S. Federal Reserve in two months. The Fed’s decision to increase its policy target interest rate on Wednesday by three-quarters of a percent was widely expected. Fed Chair Jerome Powell also dropped guidance on the size of the next rate rise, creating the possibility that the central bank could soon pivot to a slower pace of rate hikes. Given the rally seen post announcement yesterday, it seems markets may have begun pricing in that probability. We have the best part of two months until the September 21st FOMC meeting, a period that includes two jobs reports, two inflation reports and the Fed’s Jackson Hole symposium. A lot could happen in that time.

Eurozone economic sentiment failed to inspire today as it dropped below 100 as gas shortages start affecting German industry. Meanwhile, German inflation continued its march higher this month with the annual figure slipping 0.1% lower to 7.5% in July, while the monthly figure rose by 0.9%, beating expectations of 0.6%. On a harmonized basis, German inflation rose both monthly and annually, beating forecasts and June’s figures. This will put a pin in hopes that the Eurozone may follow a softer tone at its next European Central Bank (ECB) meeting.

Notable movers for the day include Deutsche Bank up 3.4% while Fresenius Medical Care is down 13% for the day. 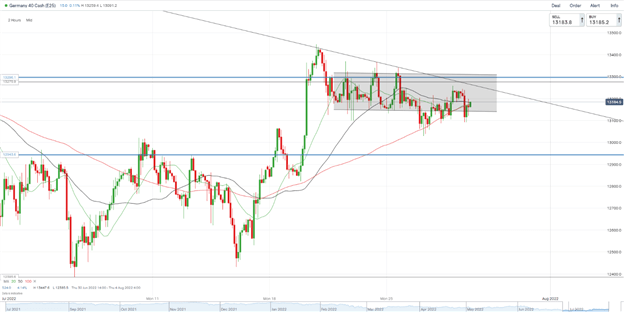 From a technical perspective, the daily chart showsprice remains compressed between the 20-SMA and the 50-SMA. We came within a whisker of the key psychological level (13000) while printing bullish engulfing candlestick which hints at more upside to come. Without a definitive candle break and close above the 50-SMA or below 20-SMA levels we remain rangebound as sentiment continues to shift.

On the 2H chart on the other hand we can see all three SMA’s converging just below the 13200 level providing strong intraday resistance. A 2H candle break and close above could see us push higher into the trendline or potentially a breakthrough.