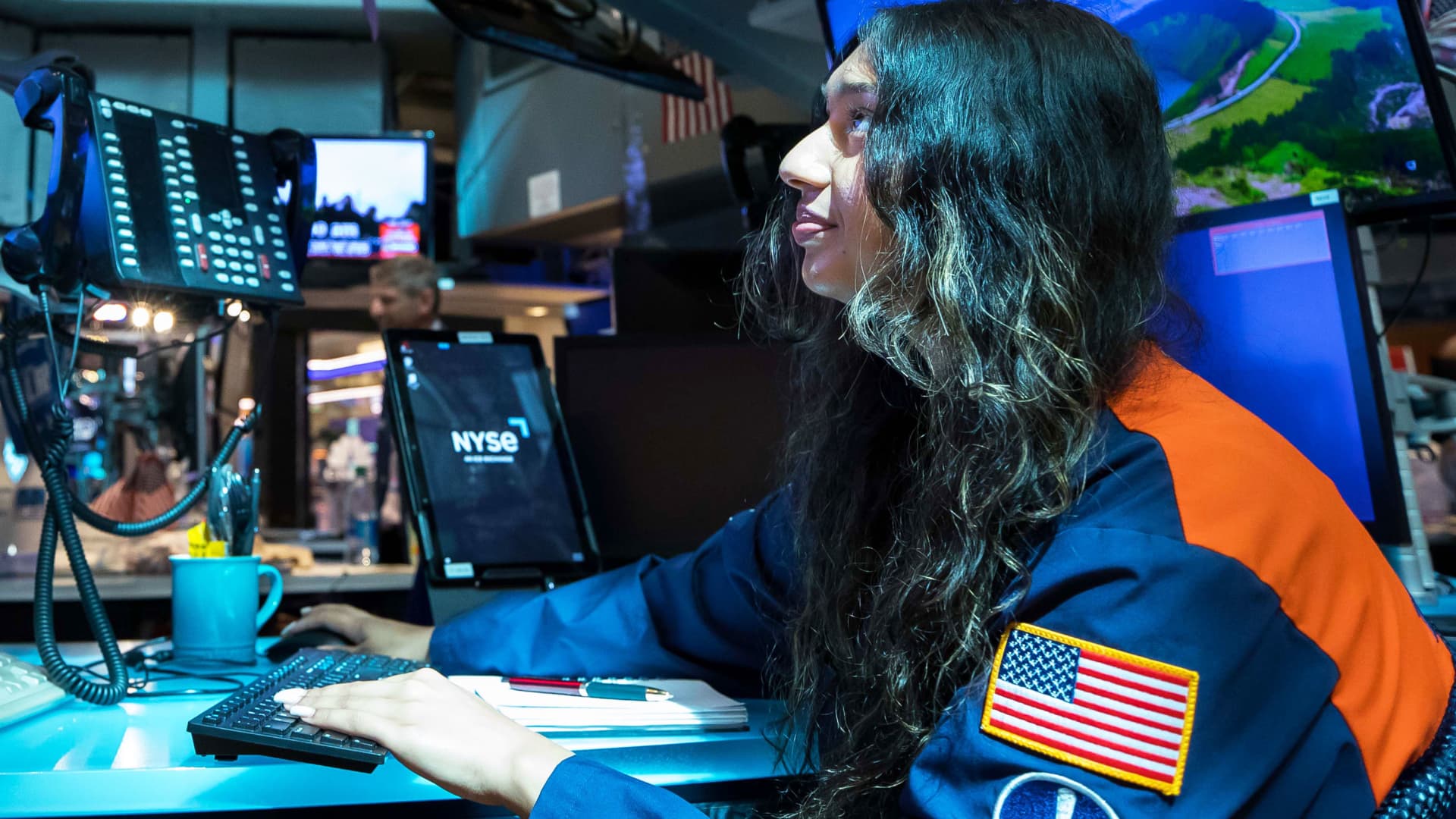 Investors are likely to switch their focus to earnings season, after the market’s wild ride on rising and falling expectations for Federal Reserve rate hikes.

Stocks were volatile in the past week. The three major indexes posted sharp gains Friday, after worries the Fed would raise rates by a full point this month faded. Still, stocks notched weekly losses, with the S&P 500 was down nearly a percent at 3,863.16.

A surprise 9.1% year-over-year jump in June consumer inflation Wednesday drove speculation the Fed would be willing to battle rising prices by going beyond the three-quarter point hike, anticipated on July 27.

But by Friday, comments from Fed officials, a surprise 1% gain in June retail sales, and some better data on consumer inflation expectations reversed those expectations in the futures market.

“It really was a great study in mob psychology. We went into the week with a 92% chance it was a 75 basis point hike, and we exited Wednesday with an 82% chance it was going to be 100 basis points,” said Art Hogan, chief market strategist at National Securities. A hundred basis points is equal to one percentage point.

By Friday, strategists said there was just about a 20% chance for a 100 basis point hike priced into the market.

In the coming week, earnings news could set the tone as a diverse group of companies report. Big banks continue with reports Monday, with releases from Bank of America and Goldman Sachs. Johnson & Johnson, Netflix and Lockheed Martin post results on Tuesday. Tesla and United Airlines issue their quarterly figures Wednesday. AT&T, Union Pacific and Travelers are among those reporting Thursday. American Express and Verizon both release earnings Friday.

Besides earnings, there are a few key data releases, mostly around housing. The National Association of Home Builders (NAHB)/Wells Fargo Housing Market Index will post on Monday. Housing starts are out Tuesday, and existing home sales are due Wednesday. On Thursday, there is the Philadelphia Fed manufacturing survey. Finally, both manufacturing and services PMI are released on Friday.

“Every data point matters and also what companies are saying. Next week… it’s a much broader picture in terms of earnings and the economy,” said Quincy Krosby, chief equity strategist at LPL Financial. “If there are negative revisions and mounting concerns from the guidance, I think then you are going to see questions as to how the Fed is going to interpret that…The other point is whether or not the market can build off today’s rally.”

Strategists have been expecting the second-quarter earnings season to contain disappointments and downward revisions, as companies deal with inflation, supply chain issues, staff shortages — and now a slower economy.

“We can shift to earnings and that will take up all the oxygen in the room. There’s a possibility this is where the market could make some traction,” said Hogan. “We haven’t really heard from anybody but big banks. There’s a chance that expectations are so low, and the narrative around guidance is that it’s going to have to come down. If it doesn’t, there’s a chance we’ll see a positive reaction to that.”

Earnings for the S&P 500 companies are expected to gain 5.6%, based on actual reports and estimates, according to I/B/E/S data from Refinitiv. As of Friday morning, 35 S&P companies had reported, and 80% of those reported earnings above forecasts, Refinitiv found.

Hogan noted that by the end of earnings season, companies usually beat at a 65% pace. “It’s just a function of keeping your guidance. The same guidance is going to be good enough,” he said. “We saw that with PepsiCo first out of the gate, leaving the forward guidance the same, and the stock was applauded for that. That could be the norm, rather than the exception.”

Krosby said investors will also be watching housing data, after the rapid jump in mortgage rates.