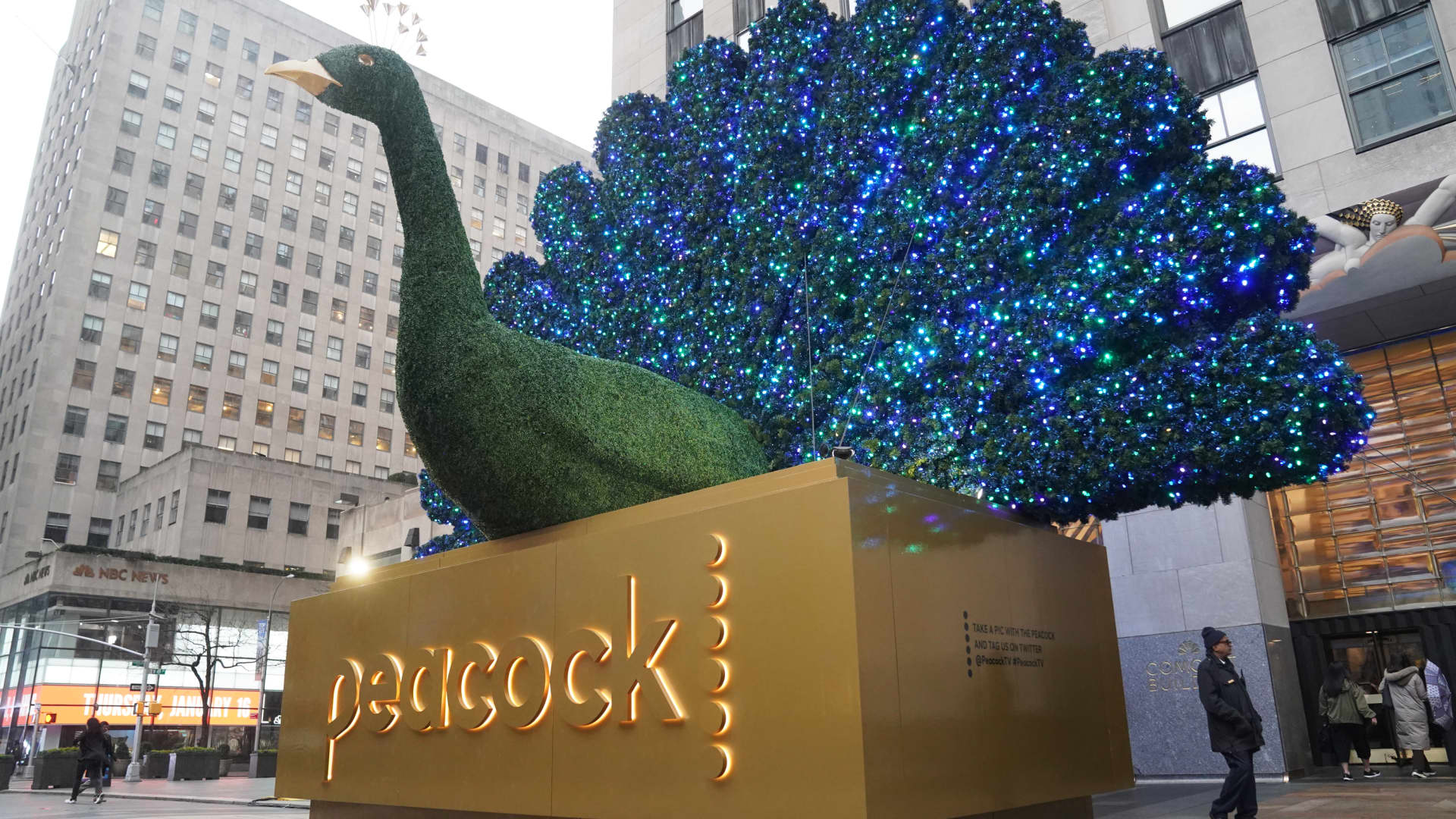 Comcast reported second-quarter revenue and earnings that topped analyst estimates, but the cable provider didn’t add broadband customers in a quarter for the first time ever.

Comcast’s high-speed internet customers in the quarter were flat, trailing the 84,000 average analyst estimate, according to FactSet. The company’s shares fell more than 9% Thursday morning.

Comcast is seeing growing competition for high-speed broadband, its most lucrative product. For more than a decade, the cable industry has dominated the home broadband market, but wireless companies such as T-Mobile are now competing by offering 5G home internet products. T-Mobile added 560,000 broadband users in the second quarter, well above its first-quarter total of 338,000.

Here are the key numbers:

Revenue rose 5.1% to $30.02 billion from a year prior, helped by NBCUniversal’s theme parks and studios businesses. Adjusted earnings before interest, taxes, depreciation and amortization, or EBITDA, rose 10.1% to $9.8 billion.

In a statement, Roberts called the broadband dip temporary as macroeconomic conditions such as higher inflation limit the number of new connects for the company. Broadband revenue rose 6.8% year over year to $6.1 billion in the quarter on increased rates and a higher number of residential customers than a year earlier.

“We achieved our highest adjusted EBITDA margin on record even amid a unique and evolving macroeconomic environment that is temporarily putting pressure on the volume of our new customer connects,” Roberts said.

Since March 2020, Comcast has added more than 3 million broadband customers.

Comcast lost 521,000 video customers in the quarter and lost 1 million video subscribers in the first six months of 2022. Consumers are shedding traditional pay-TV subscriptions at accelerated rates in favor of streaming options, such as Netflix, Disney+, HBO Max and NBCUniversal’s Peacock.

Studios revenue increased more than 33% to $3 billion, driven by “Jurassic World: Dominion,” which has topped $900 million in global box-office sales.

Peacock paid subscribers stayed flat at 13 million after a gain of 4 million last quarter. Comcast said it expects “Jurassic World: Dominion,” along with two films released in theaters in the third quarter — “Minions: The Rise of Gru” and Jordan Peele’s “Nope” — to help boost Peacock subscribers when they come to the streaming service after their box-office windows expire. “Sunday Night Football” and the World Cup, which starts Nov. 21, should also help add to Peacock’s subscriber totals later this year, Comcast said.

Comcast reiterated Peacock remains on pace to lose $2.5 billion this year as it spends on new content.

Here’s how Comcast’s divisions did for the quarter compared with a year earlier:

Disclosure: Comcast is the parent company of NBCUniversal, which includes CNBC.