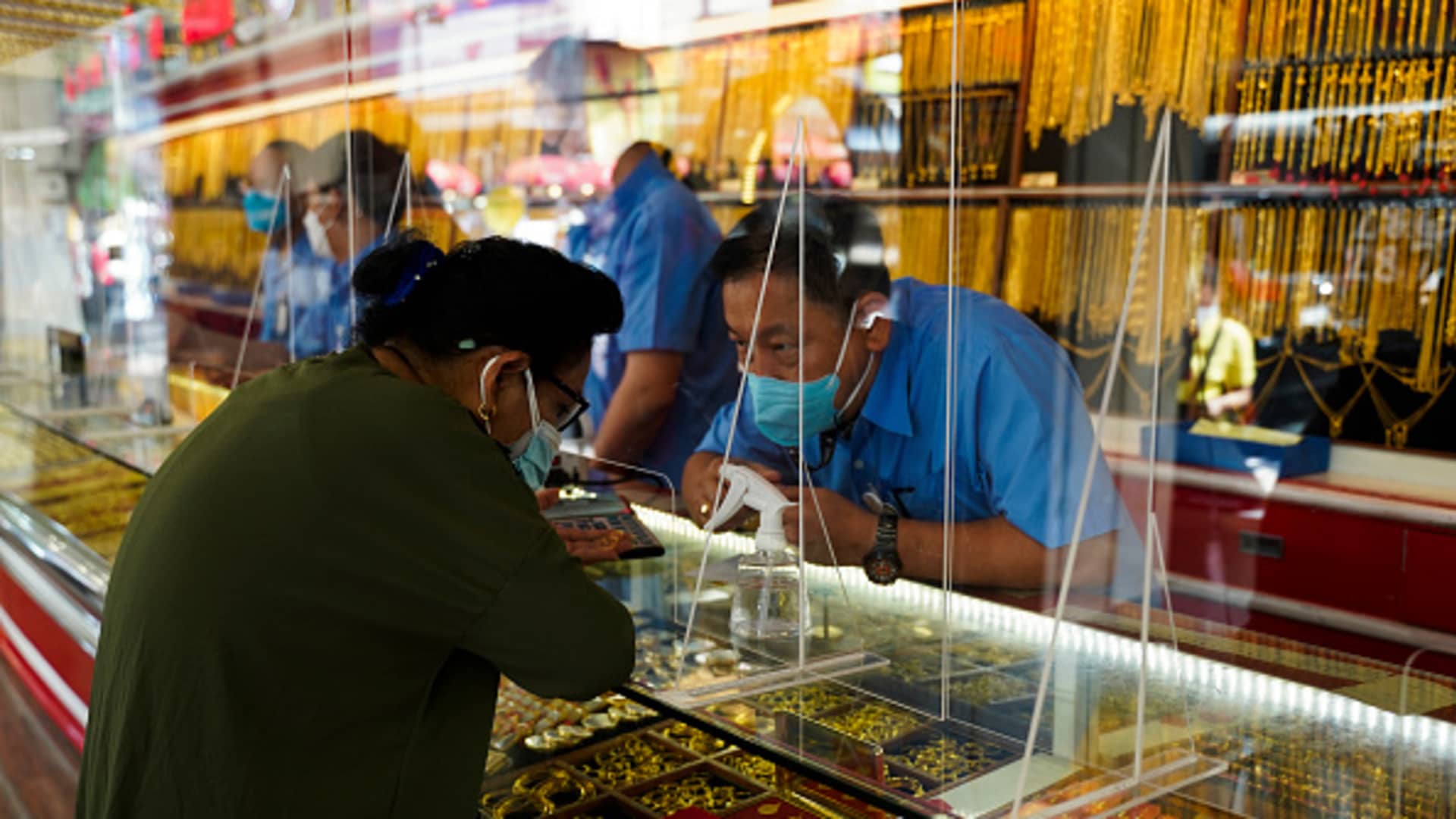 Thai people selling their gold at a gold shop in Chinatown, Bangkok, Thailand, 18 January 2022. Gold prices were flat on Friday, pressured by an uptick in the U.S. dollar and fears over aggressive rate hikes, although heightened slowdown worries kept safe-haven bullion on track for its first weekly gain in six.

Gold headed for its first weekly gain in six on Friday as a pullback in U.S. Treasury yields and the dollar’s decline bolstered non-yielding bullion’s safe-haven appeal as economic risks persisted.

The rebound was helped by a retreat in U.S. 10-year Treasury yields.

While the Fed meeting is likely to be a “high-volatility event” for gold, there may not be many steep hikes after the one next week, Streible added.

“Assuming the Fed hikes by 75 bps in July, we believe the bulk of the near-term downside risk has been priced in; but the longer-term trend is still to the downside,” Standard Chartered analyst Suki Cooper said in a note.

But gold could also find support from a price-responsive physical market and if recession risks deepen, Cooper added.

In the physical markets, demand picked up in some Asian hubs this week as softer prices drew buyers, allowing dealers in India to narrow discounts.