Greenback May Have Topped; US NFP This Week 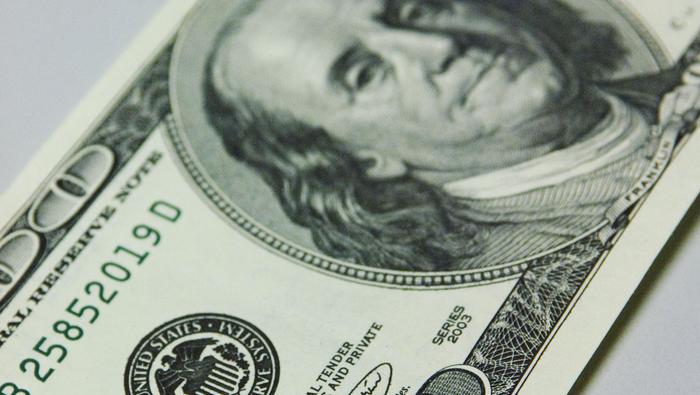 Fundamental Forecast for the US Dollar: Neutral

US Dollar Week in Review

The US Dollar (via the DXY Index) dropped last week for the second consecutive week, losing -0.67%, the first back-to-back weekly pullbacks since the middle of May. The catalyst was of little surprise, a July Federal Reserve meeting that suggested policymakers are shifting into a less aggressive stance moving forward. The two largest components of the dollar gauge were the leaders, with EUR/USD rates adding +0.11% and USD/JPY rates falling by -2.11%. GBP/USD rates did well too, adding +1.39%. It’s likely that we’re going to see a relatively more dovish Fed moving forward, whereby even if there are more rate hikes, they’re unlikely to be at the same 75-bps pace we’ve seen over the past two meetings – which is not good news for the US Dollar.

A Lighter (but Still Important) US Economic Calendar

Last week was a veritable ‘Superbowl’ of US economic data, with growth data, inflation rates, consumer spending figures, and a Fed meeting. Comparatively, the coming week will be more relaxed. Nevertheless, there are still several important US economic data releases and events that will stoke volatility in USD-pairs. 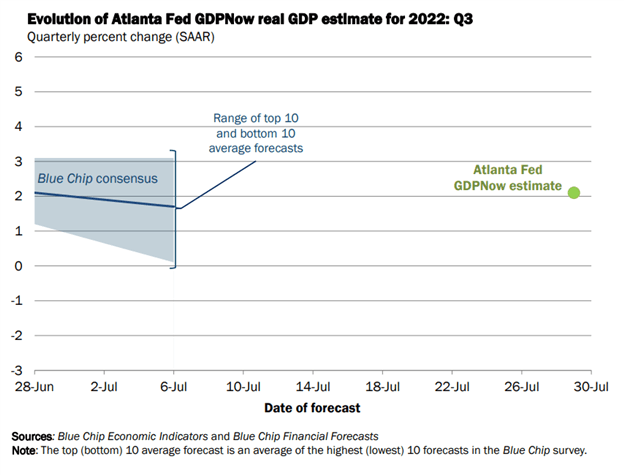 We can measure whether a Fed rate hike is being priced-in using Eurodollar contracts by examining the difference in borrowing costs for commercial banks over a specific time horizon in the future. Chart 1 below showcases the difference in borrowing costs – the spread – for the front month/August 2022 and December 2022 contracts, in order to gauge where interest rates are headed by the end of this year. 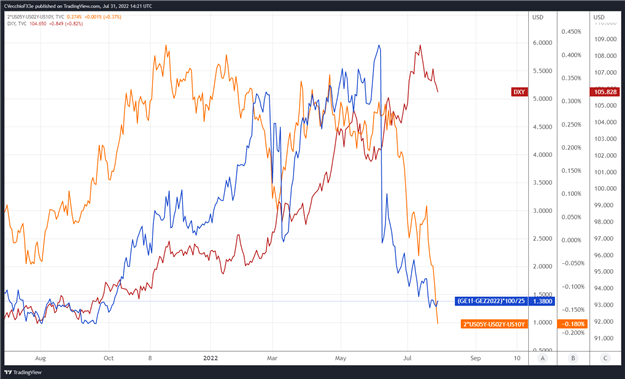 After the Fed raised rates by 75-bps last week, Eurodollar spreads are only discounting one 25-bps rate hike discounted through the end of 2022. Fed funds futures tell a slightly different story, seeing a 50-bps hike in September and one more 25-bps hike in either November or December. Regardless, these measures of rate hike expectations have eroded. And with the 2s5s10s butterfly turning negative, the market clearly sees the Fed as less hawkish. A less hawkish Fed against the backdrop of a weaker US economy could be trouble for the US Dollar for the rest of 2022. 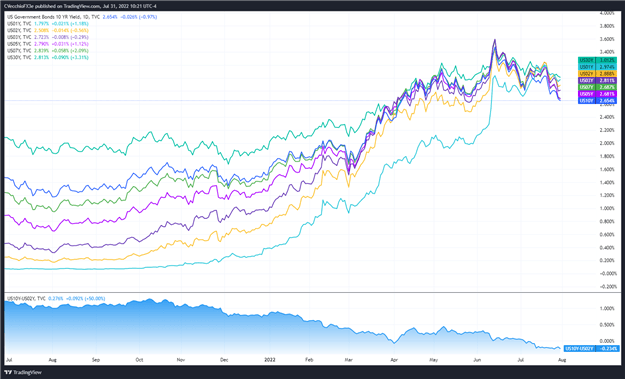 The shape of the US Treasury yield curve – inversion – alongside declining Fed rate hike odds continues to act as an obstacle for the US Dollar. US real rates (nominal less inflation expectations) have started to pull back serving as another headwind. With other major central banks expected to be relatively more aggressive than the Fed over the next few months, the monetary policy expectations gap that has aided the US Dollar in recent months is disappearing.