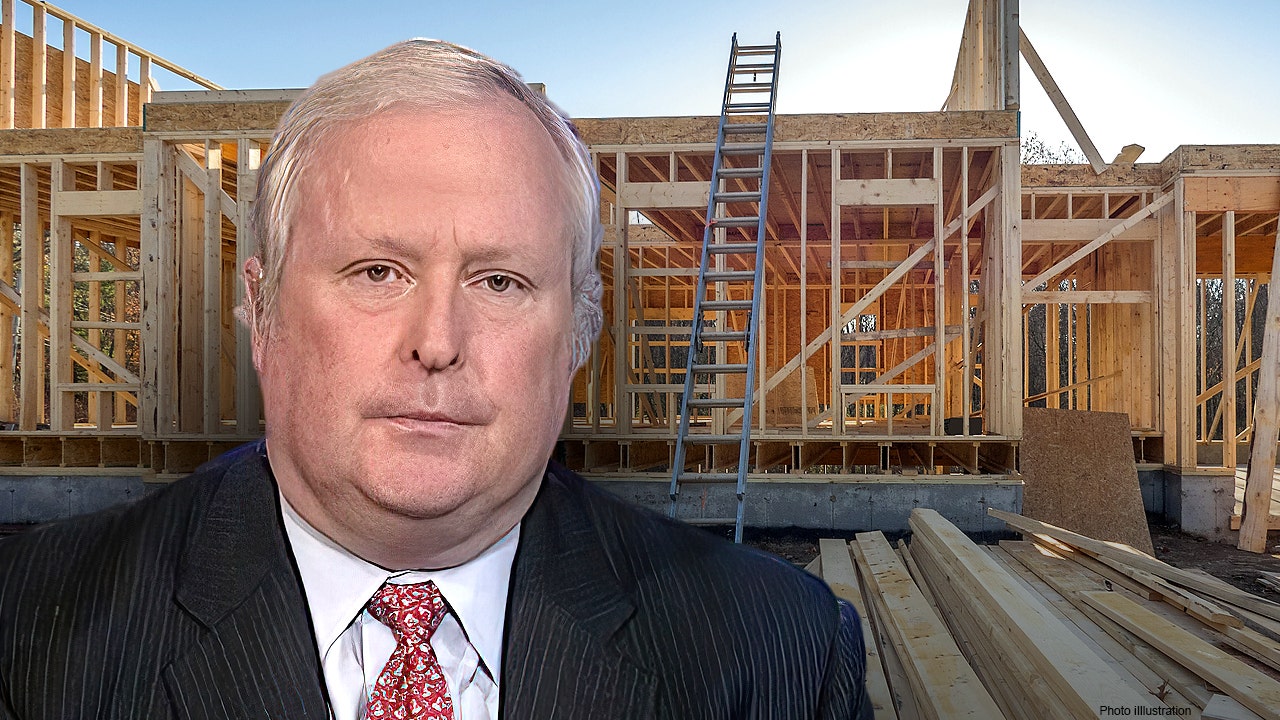 National Association of Home Builders CEO Jerry Howard warned on “Varney & Co.” Monday of “a tough time” ahead for the industry as data revealed the housing market has been slowing down.

Howard provided the insight on the same day it was revealed that builder confidence plunged in July amid soaring inflation and increased interest rates, which stalled the housing market by dramatically slowing sales and traffic from prospective buyers, according to the association.

Home builder confidence in the market for newly-built single-family homes dropped 12 points lower to 55 in July, its seventh consecutive monthly decline according to the NAHB/Wells Fargo Housing Market Index (HMI) released on Monday.

The index can range between 0 and 100 with any print over 50 indicating positive sentiment. Any reading above 80 signals strong demand.

HOW THE FEDERAL RESERVE MISSED THE MARK ON SURGING INFLATION

The data released Monday marks the lowest HMI reading since May 2020 and the largest single-month drop in the history of the index, with the exception of the 42-point drop in April 2020, the association noted.

Speaking on “Varney & Co.” on Monday, Howard stressed that there is no doubt that the data provides a clear sign that the housing market is slowing.

“For the last seven straight months it has been going down and this is a huge drop – and I think all it says is, ‘Somebody do something or we’re going to go into a recession,’” Howard said.

National Association of Home Builders CEO Jerry Howard warns of “a tough time” ahead for the industry.  (Fox News | iStock)

He then argued that the “only way to bring down housing costs is to bring down the cost of building materials, fix the supply chain, negotiate a lumber deal with Canada, [and] deregulate some of the regulations that are unnecessary.”

“We hope that policymakers will take this as sort of a last cry for help,” he added.

The Federal Reserve has been hiking rates in an effort to tame inflation, which now sits at a fresh 40-year high, and the moves have been impacting the housing market in the form of higher mortgage rates.

Though mortgage rates do not follow the federal funds rate, they do typically follow the yield on the 10-year Treasury.

Jason Haber discusses the shift in the housing market telling ‘The Claman Countdown’ high interest rates are triggering homebuyers to walk away from purchases.

NAHB Chairman Jerry Konter, who is a home builder and developer from Georgia, noted in a news release that “production bottlenecks, rising home building costs and high inflation are causing many builders to halt construction because the cost of land, construction and financing exceeds the market value of the home.”

“In another sign of a softening market, 13% of builders in the HMI survey reported reducing home prices in the past month to bolster sales and/or limit cancellations,” he continued.

Howard noted on Monday that “we’re starting to see slowdowns” as it pertains to demand.

“All across the country, builders are telling me now that traffic is slowing down. They’re telling me that they’re having people talk about canceling existing contracts,” he continued. “It is a pretty grim outlook right now from where I sit.”