Is Elon Musk Into Psychedelics? Here’s What The Tesla CEO Had To Say 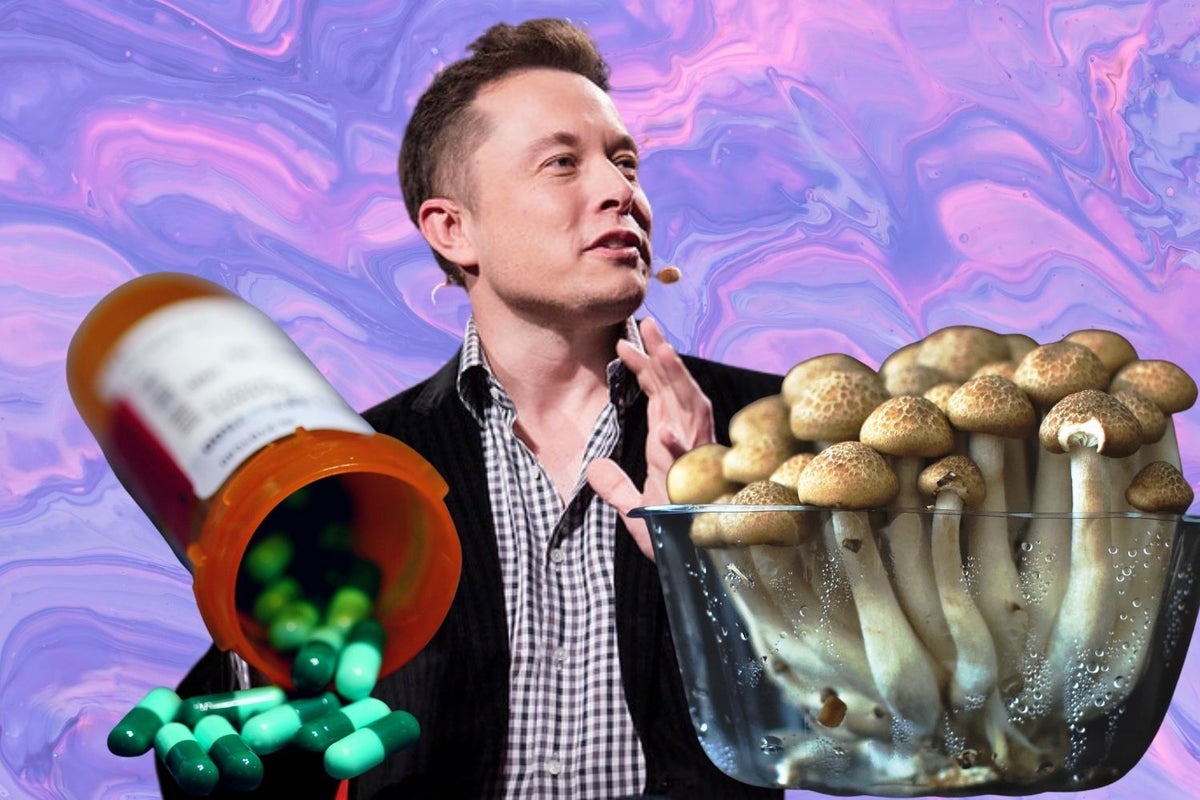 The push to legalize psychedelics in more states may have gotten a new public supporter, with the world’s richest man sharing his thoughts and opinions on the benefits.

What Happened: Musk has made several comments on Twitter Inc TWTR in reference to supporting psychedelics for treatment over antidepressants. Musk confirmed that thought process in an interview on the Full Send Podcast.
“I think some of the psychedelics can be pretty helpful for PTSD…and depression,” Musk said.
Musk said some antidepressant drugs can turn you into a zombie and not be effective.
“Psychedelics are like way better for treating depression.”
Musk added that it’s crazy to see the many types of mushrooms that can help people and also can be good to eat.
“There are so many different types of mushrooms. Most to eat, some psychedelic, some kill you.”

Related Link: Elon Musk Says He Had To Undergo ‘Random Drug Tests’ To Prove He Is Not An Addict After Joe Rogan Episode

Why It’s Important: Musk discussed psychedelics with the hosts of the Full Send Podcast after talking about the backlash he received for smoking weed on Joe Rogan’s podcast.
“I had to have random drug tests and stuff after that to prove that I’m not a drug addict,” Musk said.
Musk supports removing non-violent drug offenders from the prison system, something he recently tweeted about and backed on the podcast.

Photo: Created with an image from TED Conference on Flickr