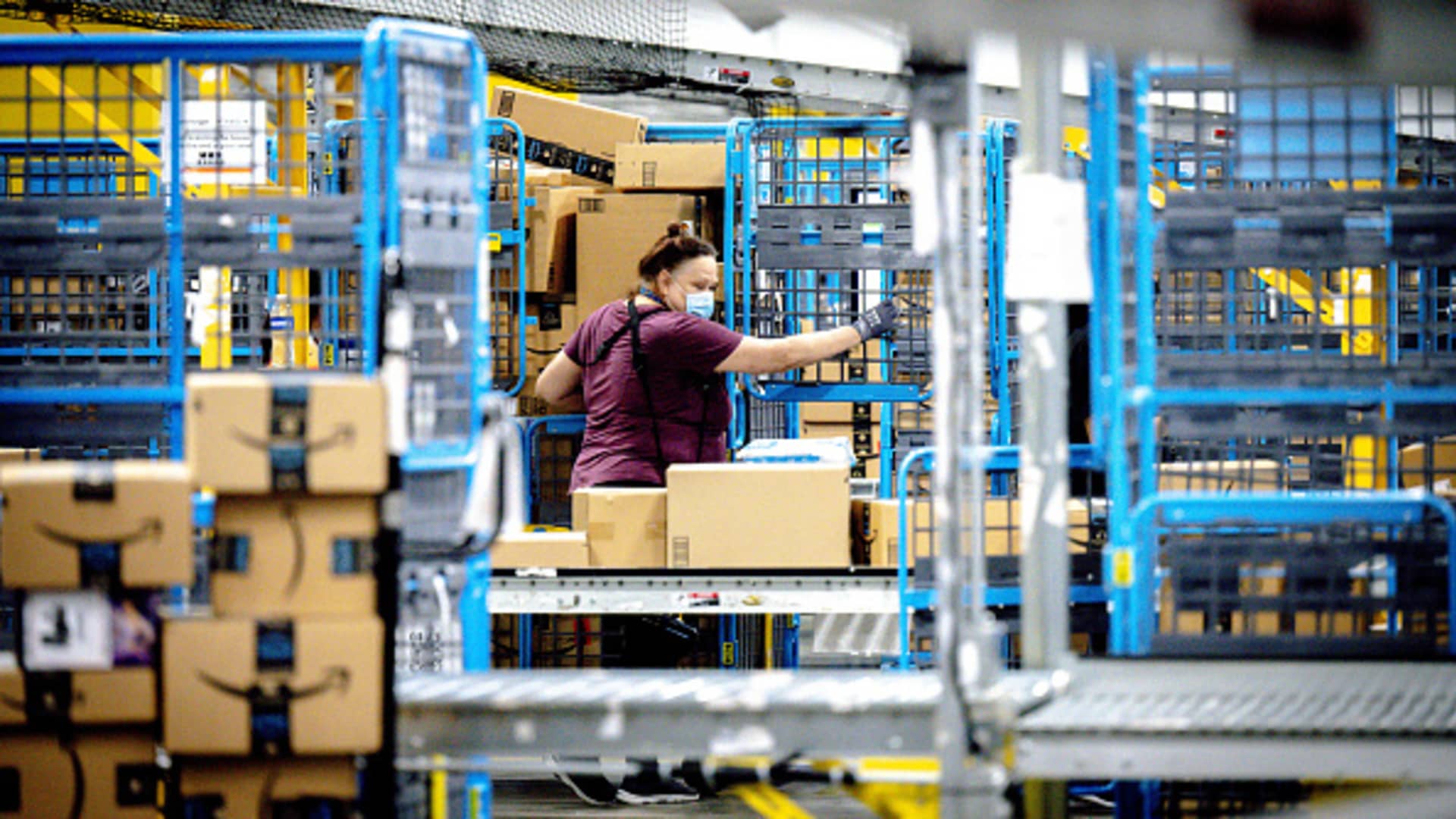 A worker sorts out parcels in the outbound dock at Amazon fulfillment center in Eastvale, California on Tuesday, Aug. 31, 2021.

Amazon shoppers bought more than 300 million items during this year’s Prime Day sale, enough that it was the biggest event in Amazon’s history, the company announced Thursday.

The company, which didn’t disclose total sales from the two-day event, said Prime members worldwide purchased more than 100,000 items per minute during the discount bonanza. The top-selling categories in the U.S. were consumer electronics, home goods and Amazon-branded devices.

The event, which ran Tuesday and Wednesday, comes at a time when consumers’ wallets are being squeezed by soaring inflation. This year, shoppers appeared to reach for necessities over indulgences, with products like Frito-Lay snack packs landing among the top purchased items, according to Numerator, which tracked Prime Day spending.

Roughly 58% of orders were placed for items under $20, Numerator data showed, based on a survey of Prime Day purchases from 21,306 households.

Amazon also called out the use of Amazon Live, its livestreaming service. Prime Day live streams had more than 100 million views, the company said, though it did not disclose how that compares to last year’s event. Thousands of users hosted live streams during this year’s event, Amazon said.