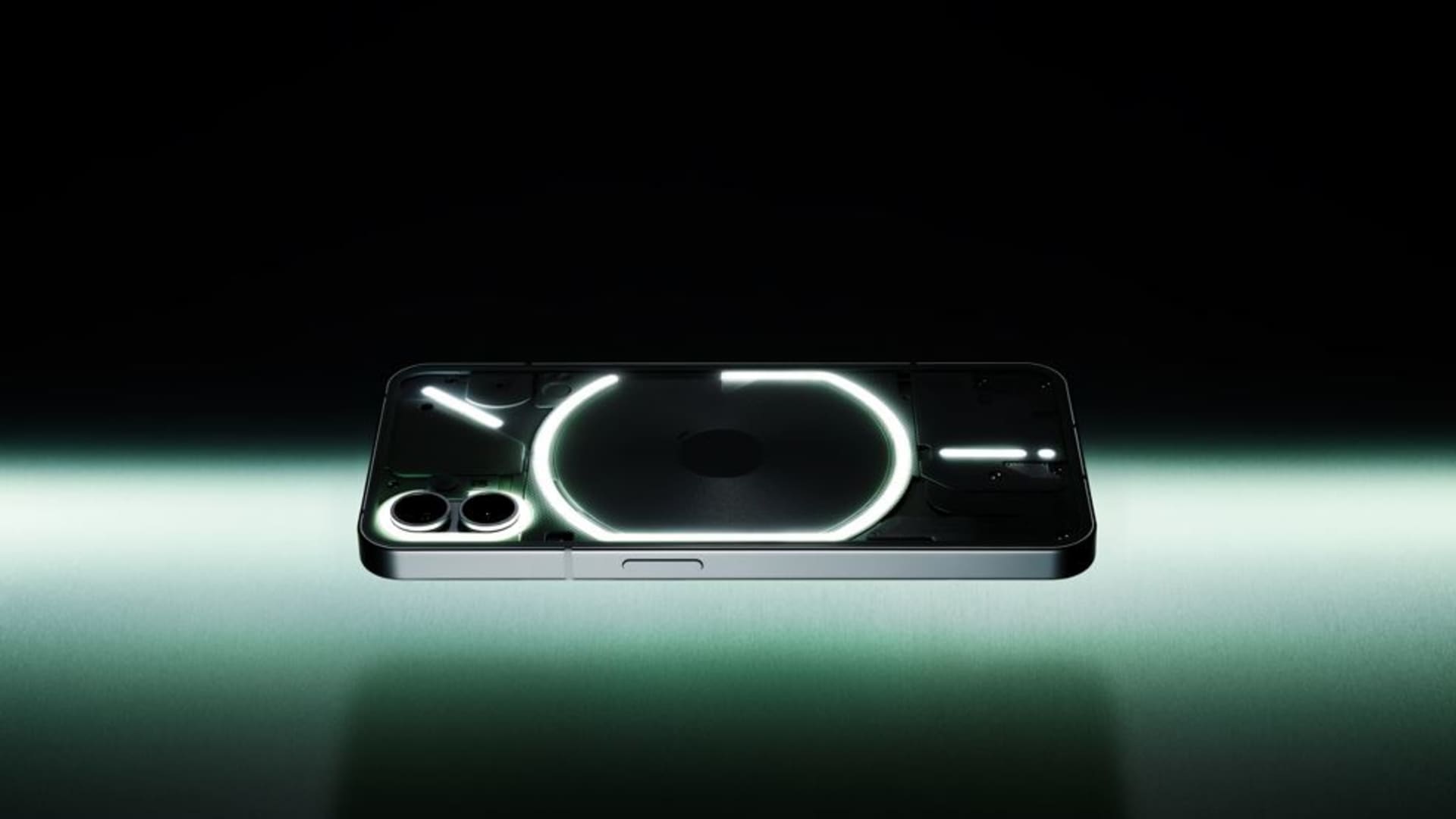 The co-founder of Chinese smartphone brand OnePlus, Carl Pei, is back with a new handset — only this time it’s with a different company, literally called Nothing.

Pei’s peculiarly named start-up officially pulled the wraps off its debut smartphone Tuesday, after months of dropping hints and teasers about the look of the device. Called Phone 1, it’s the second product launch from the company to date.

Based in London, Nothing was established by Pei in 2020. The firm launched its first gadget last summer, a set of wireless earbuds called Ear 1 and has sold 560,000 units so far.

On the face of it, Phone 1 is similar to Apple’s latest iPhones. The phone runs Android features a dual-camera with two 50-megapixel sensors and 5G mobile connectivity, along with standard hardware you’d find in a mid-range smartphone, like Qualcomm’s Snapdragon 778G+ chipset.

The most intriguing thing about Phone 1 is its design.

The phone has a transparent back that shows off a unique pattern of shapes and lines, or “glyphs.” The company says it was inspired by a modernist version of the New York City subway map from Italian designer Massimo Vignelli in the 1970s.

Another quirk to the phone is that it lights up — literally — when you receive a call or app notification. The device is kitted out with 900 small LED lights that flicker intermittently in tandem with a range of robotic-sounding ringtones when you get a call from someone.

There’s also a feature called “Flip to Glyph,” which mutes the phone when you turn it face down, showing only blinking lights when receiving a call or notification.

The Chinese-Swedish tech entrepreneur said he thinks modern hardware feels “cold” and that “innovation has slowed down a lot” at Apple, which changed the world with the launch of the first iPhone in 2007.

In terms of software, the Phone 1 runs on the latest version of Android. It includes a feature that lets Tesla owners open their car’s doors, among other interactions, thanks to a partnership with Elon Musk’s electric vehicle firm.

Apart from some niche design quirks and features, there’s not an awful lot separating Phone 1 from most standard mid-range smartphones.

The most appealing part of the device is its price. Phone 1 starts at £399 ($473) for a basic model with 128GB of internal memory, making it cheaper than Apple and Samsung’s latest flagship phones.

Rather than trying to upend the smartphone industry by focusing on folding displays or 5G, Pei is relying on a strategy he incorporated at OnePlus — generating hype from some unorthodox marketing and sales tactics.

Nothing will initially launch Phone 1 at a kiosk in London’s West End from July 16 to July 20, before opening sales to the broader public online on July 21 and at select retailers and carriers.

It will become available in more than 40 countries including the U.K., Japan and across Europe — but not the U.S. Nothing says it’s looking for a partner carrier so it can start selling the device to American customers.

Pei’s new handset will come up against some fierce competition. Together, Apple and Samsung command a 40% share of the smartphone market. And smaller Chinese phone manufacturers like Xiaomi and Oppo have gained considerable ground in Europe.

Ben Wood, chief analyst at CCS Insight, said making the Nothing Phone 1 launch a success will be a “huge challenge.”

“The smartphone market is frighteningly competitive and is dominated by Apple and Samsung who have incredible resources,” Wood said via email.

“The rest of the addressable market is a firefight between numerous Chinese manufacturers desperate to grab share making it even harder for a new entrant to break into the segment.”

Smartphone shipments are forecast to drop 3.5% in 2022, according to IDC data. The market faces multiple headwinds, including a cost-of-living squeeze and an ongoing global components shortage.

Being a small, privately-held start-up, Nothing doesn’t have the kind of cash companies like Apple and Samsung can dispense on bolstering their supply chains and keeping international shipments flowing.

Still, the company has some notable investors behind it. The firm has raised a total of $150 million to date from backers including iPod creator Tony Fadell and GV, the venture arm of Google parent company Alphabet.

More than 200,000 people have signed up for a waitlist to pre-order the phone, according to the company. Some have even submitted bids north of $3,000 for the first 100 units on e-commerce platform StockX.