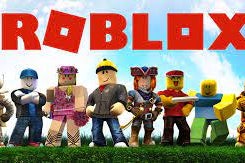 Nowak expected investments in the developer base/new hiring to stay elevated next year as he cut ’23 EBITDA by 11%.

KeyBanc analyst Tyler Parker reiterated Sector Weight on Roblox and a $40 price target as he assessed the durability of growth into moderately more challenging comps in August and September and the return to school.

The report seems a step in the right direction, with growth returning to double digits in constant currency and engagement metrics reaching record highs in July, Parker noted. The results were partly attributable to easing comps but also essentially better execution, he added.

In Parker’s view, the adverse stock reaction after-hours is likely some combination of elevated investor expectations into the print where we think growth disappointed before FX and the margin compression despite growth returning.

Roblox has stuck to its stated intentions to invest heavily in support of growing the business, which effectively delays the point where we reach some valuation support on profitability metrics, he added.