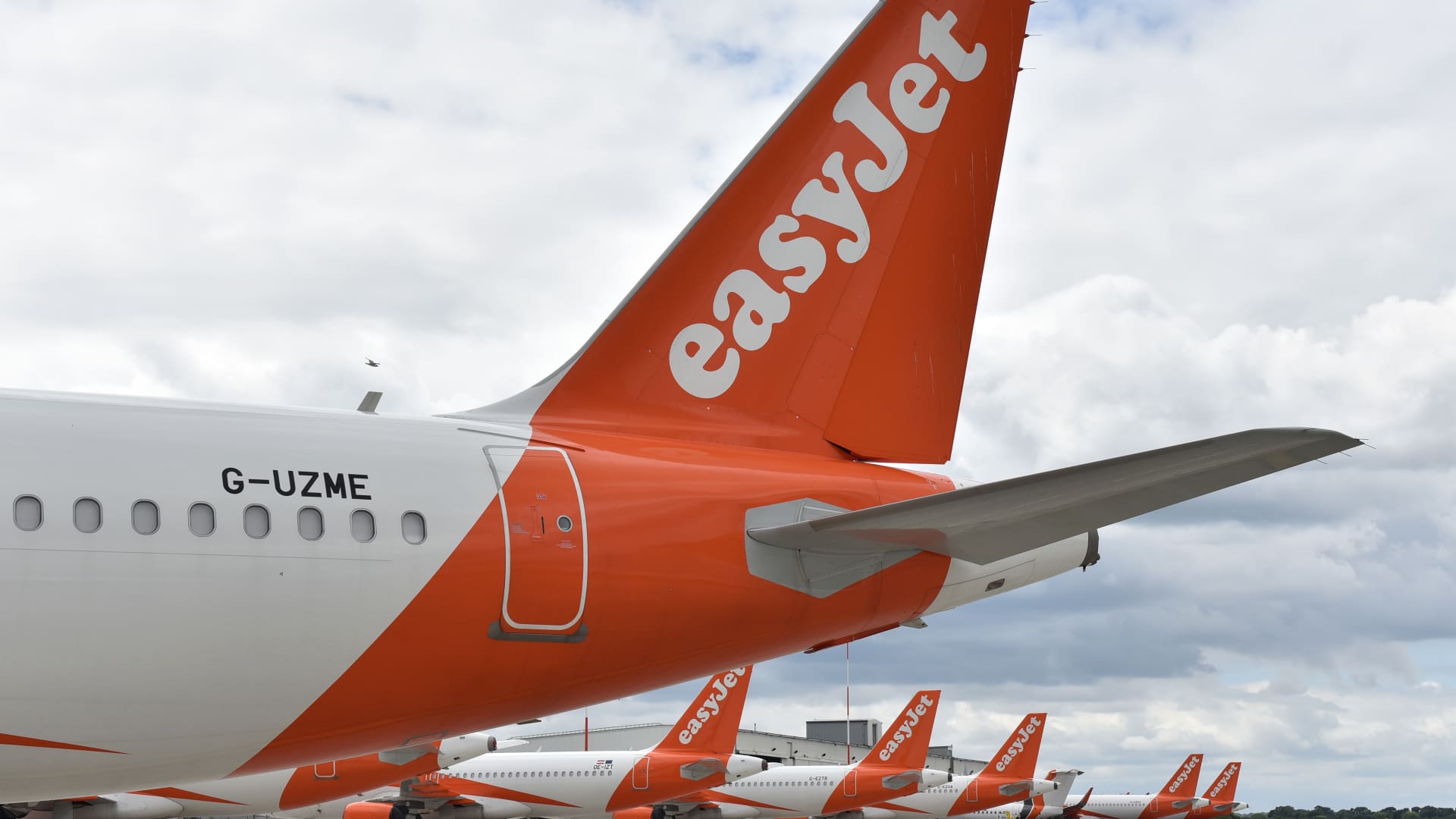 easyJet aircraft photographed at Southend Airport in July 2020. There is excitement in some quarters about hydrogen planes and their potential.

Aerospace giant Rolls-Royce said Tuesday it was pairing up with airline easyJet to develop and test hydrogen combustion engine technology for aircraft.

In a statement, London-listed Rolls-Royce said the two companies would work together on a range of ground-based tests slated to begin this year. Both firms had “a shared ambition to take the technology into the air,” it added. easyJet carried the same statement about the partnership on its website.

The goal of the collaboration, called H2ZERO, “is to demonstrate that hydrogen has the potential to power a range of aircraft from the mid-2030s onwards,” Rolls-Royce said.

According to the company — not to be confused with Rolls-Royce Motor Cars, which is owned by BMW — the firms will conduct an “early concept ground test” of a Rolls-Royce engine using the hydrogen technology in the U.K. this year.

A full-scale ground test of the technology using a Pearl 15 jet engine will follow on from this, with Mississippi mooted as a potential location. Tuesday’s announcement follows a statement on Monday in which Rolls-Royce outlined its plans for the above ground tests.

“The technology that emerges from this programme has the potential to power easyJet-size aircraft, which is why we will also be making a multi-million pound investment into this programme,” Johan Lundgren, the easyJet CEO, said.

“In order to achieve decarbonisation at scale, progress on the development of zero emission technology for narrowbody aircraft is crucial,” Lundgren added.

Using hydrogen to power an internal combustion engine is different to hydrogen fuel cell technology, where gas from a tank mixes with oxygen, producing electricity.

By contrast, hydrogen ICEs can produce other emissions. “Hydrogen engines release near zero, trace amounts of CO2 … but can produce nitrogen oxides, or NOx,” Cummins, an engine maker, says.

The environmental footprint of aviation is considerable, with the World Wildlife Fund describing it as “one of the fastest-growing sources of the greenhouse gas emissions driving global climate change.”

The WWF also says air travel is “currently the most carbon intensive activity an individual can make.”

Earlier this year, Guillaume Faury, the CEO of Airbus, told CNBC that aviation would “potentially face significant hurdles if we don’t manage to decarbonize at the right pace.”

Faury added that hydrogen planes represent the “ultimate solution” for the mid- and long-term. In May, his company announced it was launching a U.K.-based facility focused on hydrogen technologies.

While there is excitement in some quarters about hydrogen planes and their potential, a considerable amount of work needs to be done to commercialize the technology and roll it out on a large scale.

Speaking to CNBC last October, Ryanair CEO Michael O’Leary appeared cautious when it came to the outlook for new and emerging technologies in the sector.

“I think … we should be honest again,” he said. “Certainly, for the next decade … I don’t think you’re going to see any — there’s no technology out there that’s going to replace … carbon, jet aviation.”