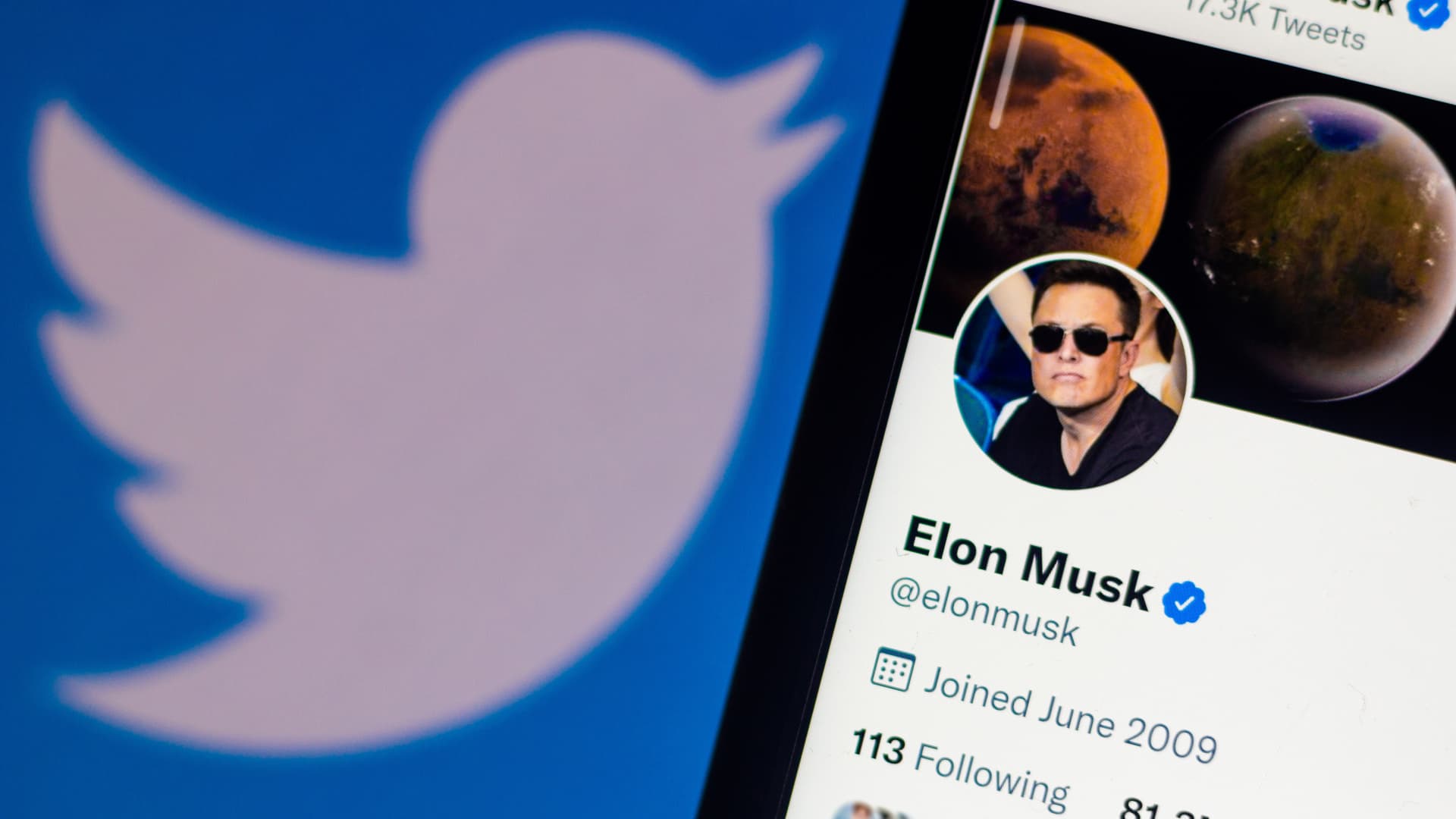 The official profile of Elon Musk on the social network Twitter.

The Securities and Exchange Commission asked billionaire Elon Musk for more information on a tweet related to his $44 billion acquisition of Twitter that he’s recently tried to call off, a new regulatory filing Thursday shows.

The disclosure sheds light on how Musk represented his commitment to the deal to the SEC, even as he probed Twitter for information on spam accounts on the platform. It also shows how the deal could again bring Musk into the crosshairs of the agency.

In a letter dated June 7, Musk’s lawyer and a Skadden partner, Mike Ringler, responded to questions the SEC’s Office of Mergers and Acquisitions sent a few days earlier.

The letter reiterates the clarification the SEC sought from Musk, including whether an earlier filing should be amended based on his tweet that the Twitter deal “cannot move forward” until the company provides more information on its spam accounts.

“The term ‘cannot’ suggests that Mr. Musk and his affiliates are exercising a legal right under the terms of the merger agreement to suspend completion of the acquisition of Twitter or otherwise do not intend to complete the acquisition,” the SEC wrote, according to the filing. “Yet, we note that the Schedule 13D has not been amended to reflect the apparent material change that has occurred to the facts previously reported under Item 4 of Schedule 13D.”

Ringler responded at the time that Musk didn’t believe his tweet “triggered any required amendment to his previously filed Schedule 13D. Despite Mr. Musk’s desire to obtain information to evaluate the potential spam and fake accounts, there was no material change to Mr. Musk’s plans and proposals regarding the proposed transaction at such time.”

Musk, CEO of SpaceX and Tesla, has since sought to get out of the deal, claiming Twitter did not uphold its end of the contract by failing to disclose information it should have and conducting layoffs without his approval. But Twitter has said it has complied with the terms of the agreement and has claimed Musk is simply trying to back out now that market conditions have changed.

Twitter sued Musk in Delaware Chancery Court on Tuesday to seek to hold him to the original agreement.